BJP always has some issue with my family: Akhilesh

SP national secretary Ram Gopal Yadav also hit out at the BJP over their accusations that the SP was indulging in 'parivarvad' by fielding Dimple. 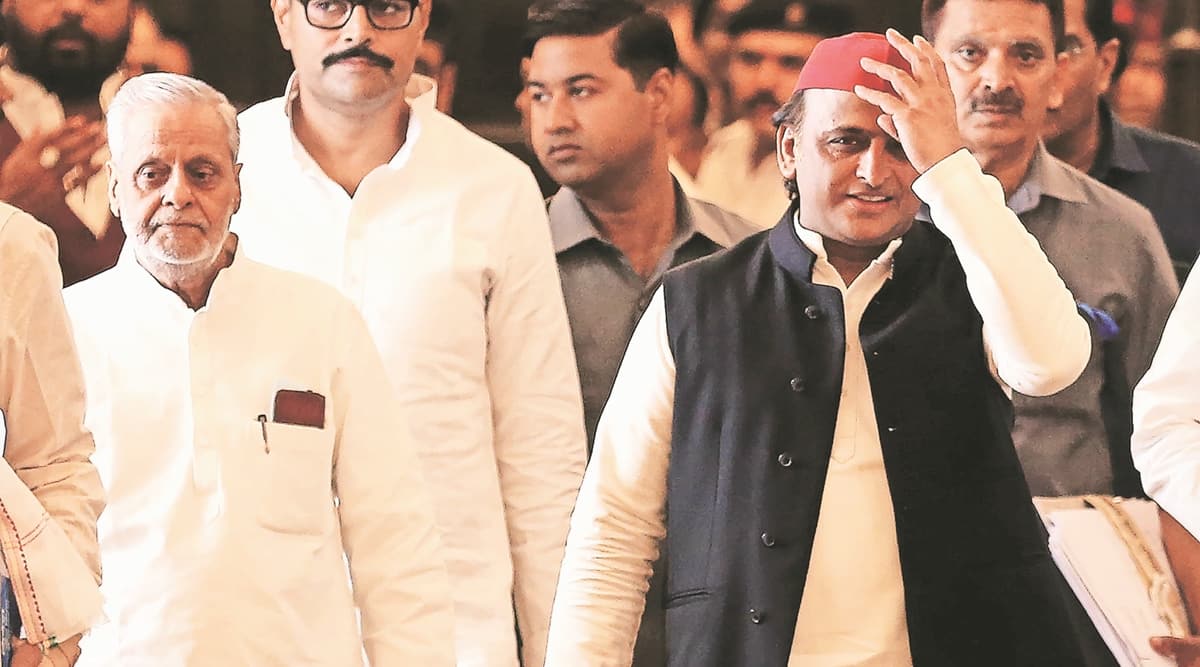 The SP chief has been campaigning for his wife and former MP Dimple Yadav. (Express File)

Hitting out at the BJP for targeting his family, Samajwadi Party (SP) chief Akhikesh Yadav on Monday said that the ruling party has a problem with his family.

The SP chief has been campaigning for his wife and former MP Dimple Yadav.

SP national secretary Ram Gopal Yadav also hit out at the BJP over their accusations that the SP was indulging in ‘parivarvad’ by fielding Dimple. “They (BJP) have given nothing to the people except false promises, so what will they say? They will speak about Hindus and Muslims or say there is a parivarvad, as if there is no parivarvad in their party,” Ram Gopal told PTI in an interview.

He also termed the Akhilesh Yadav-Shivpal Yadav reunion as enduring, and slammed the BJP for calling it a “drama”. “The BJP people enact dramas, and hence everything to them appears to be a drama. They also perceive the truth and reality as drama. Everything of theirs is false, and is a drama,” the senior SP leader said.

Meanwhile, the Samajwadi Party on Monday demanded action against Mainpuri district administration officials who allegedly sent notices to 30,000 party workers over possible breach of peace. The delegation, led by SP national secretary Rajendra Chowdhury, in a memorandum to state Chief Electoral Officer Ajay Kumar Shukla said: “Over 30,000 innocent party workers have been given notice of CrPC 107/116 by the district administration in Mainpuri.”

Chowdury said restricting party workers without any reason should be taken care of by the Election Commission and it should ensure strict action against the officers concerned.