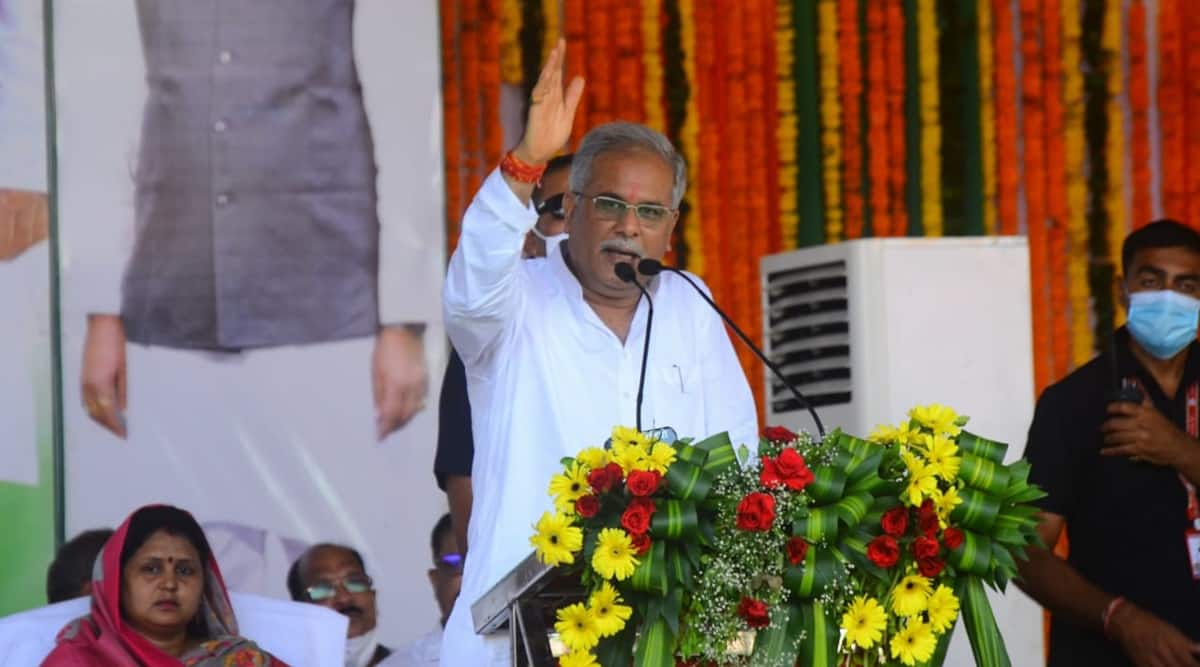 Chhattisgarh Chief Minister Bhupesh Baghel on Wednesday hit out at Prime Minister Narendra Modi and his “Gujarat model, under which all public assets are sold off to private players”. Baghel made the comments at two public rallies, one in Lakhimpur Kheri and the other here.

In Lakhimpur Kheri, the Chhattisgarh chief minister said, “In this country, two states are being talked about – Gujarat model and Chhattisgarh model. The Gujarat model is of the prime minister. After he became PM, we never saw the Gujarat model anywhere. But we are suffering because of the Gujarat model. That all properties are handed to a few people. Be it airports or railways, or the ONGC and steel plants. The land of Gujarat is pure because of the birth of Mahatma Gandhi who led the fight for independence and Sardar Vallabhbhai Patel who ensured the integration of the country. But now Gujarat has given not two but four people to the country. Two who sell, two who buy. Two are buying while two purchase.”

State Congress president Ajay Kumar Lallu and other state leaders of the party were present at the event.

Baghel said, “Because of the Gujarat model, the country is suffering price rise. First, they said you will get free gas cylinders. When it was not free, it was for Rs 400. But after they gave it for free, they increased the price from Rs 400 to Rs 1,000. What kind of businessmen are they that they got you hooked to it by giving it for free and then, increased the price? The Gujarat model is Ram naam japna, paraya maal apna [With deity Ram’s name on lips, loot others’ wealth]. This is the Gujarat model and what is the Chhattisgarh model of Sonia Gandhi, Rahul Gandhi, Priyanka Gandhi and Ajay Kumar Lallu? Soon after the government was formed there, we waived loans worth Rs 9,000 crore. This is the Congress model.”

He added, “Today, all limits were crossed. When we were making arrangements for this event, then the collector said we can’t hold an event here. He said that we can do a programme here, but we can’t talk about the Lakhimpur Kheri incident. You can’t speak about farmers. I am a farmer with roots in farming. The Congress gave me a chance to be CM, so will I not talk about farmers? I was told not to talk of Teni’s [Union Minister of State for Home Ajay Mishra] child who ran cars over the chest of farmers, killing them. This is a democracy or what?”