The university subsequently issued a “warning letter” to Urdu HoD Prof Aftab Ahmad, and formed a committee to probe the issue. Ahmed publicly apologised on Monday evening and said his intention was not to hurt anyone’s sentiments. 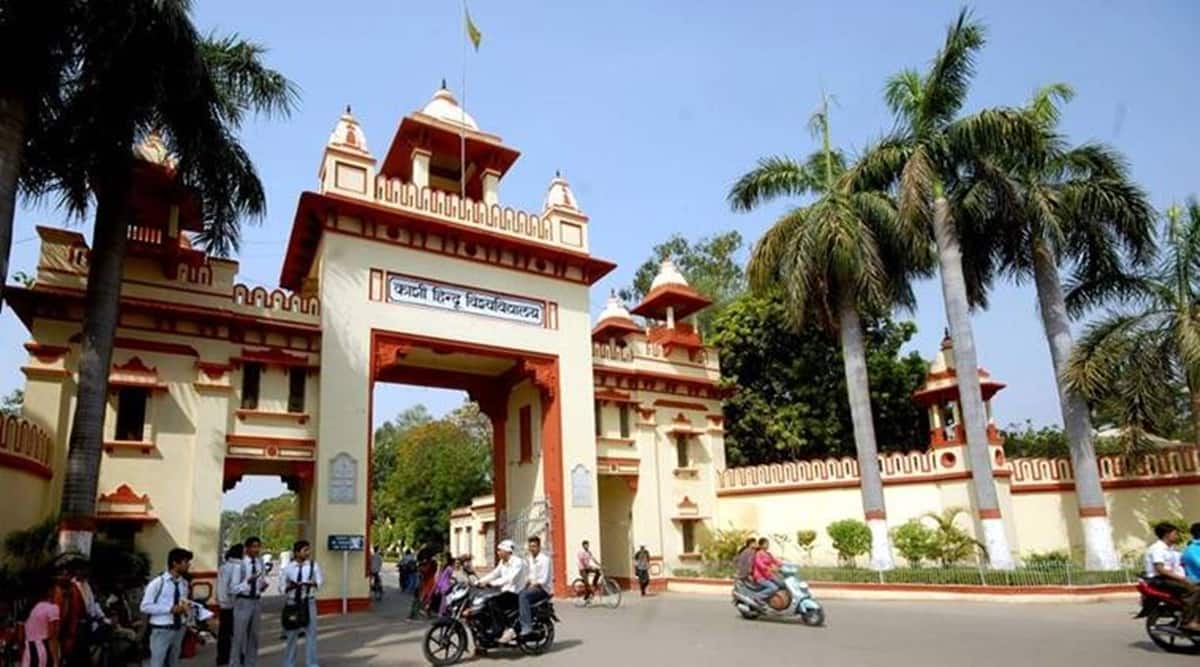 Opposition to the poster started Monday evening, with some commenting on social media that it did not have Malaviya’s photograph. (File)

The Head of Urdu department (HoD) of Banaras Hindu University (BHU) had to apologise, and the department officially withdraw an online poster for a webinar, shared by the department on Facebook, after a group of students belonging to ABVP, the RSS’s students’ wing, took objection to the fact that the poster had the photograph of Urdu poet Allama Iqbal but not that of BHU founder Pandit Madan Mohan Malaviya.

The university subsequently issued a “warning letter” to Urdu HoD Prof Aftab Ahmad, and formed a committee to probe the issue. Ahmed publicly apologised on Monday evening and said his intention was not to hurt anyone’s sentiments.

On Monday, the official handle of BHU Dean of Arts Faculty tweeted, “Urdu Department, Faculty of Arts, BHU, is organizing a webinar as per details given in the poster. Sincerest apologies for the inadvertent mistake in the earlier poster that went viral on social media.”

The revised poster tweeted by the Dean replaced Iqbal’s photograph with that of Malaviya.

BHU public relations officer Rajesh Singh said: “Today, on the occasion of Urdu Day, a webinar was scheduled to be held by the Urdu Department. Department head Aftab Ahmad shared an e-poster on Facebook from the department’s official handle on Sunday. (It) had poet Allama Iqbal’s photo.”

Singh said opposition to the poster started Monday evening, with some commenting on social media that it did not have Malaviya’s photograph.

On Monday, Singh said, ABVP students held a protest and submitted a memorandum to BHU officials. “We formed a committee to probe the matter. We also issued a warning letter seeking a clarification from Ahmad about how he shared a poster without consulting the Arts Faculty dean and other senior officials.”

The Urdu department is part of BHU’s Arts Faculty.

On Tuesday evening, Prof Ahmad told The Indian Express, “The moment I was informed about objections by some people, I apologised and said Iqbal’s photograph should be removed and replaced with Malviya-ji’s photo…. The poster was shared on Facebook by some students. I had not seen it before…(but) it is my responsibility even if it was shared by students.”

Stating that International Urdu Day and Iqbal Day are both marked on the poet’s birth anniversary on November 9, Ahmed said. “Many say Iqbal had migrated to Pakistan after Partition. I would like to say Iqbal died in 1938, seven years before the Partition.”

Ahmad also said, “We teach Iqbal as a poet and writer, who wrote ‘Saare Jahaan se achha Hindustan hamara’. His writing is taught in Hindi in universities…. One does not become British if one reads William Shakespeare…. Iqbal had called Lord Ram ‘Imam-e-Hind’.”

Ahmad said the webinar was held on Tuesday with participation of students from across the country. “Its objective was to spread awareness about opportunities in Urdu learning and education. In the Urdu department, every event is started after paying tribute to Malaviya-ji. We have always paid respect to him,” he said.

PRO Singh said English HoD M K Pandey will head the probe committee, while Bimlendra Kumar, HoD, Pali and Buddhist Studies, will be part of the panel. “The committee has been given three working days to submit its report,” he added.