The searches, conducted at different places in Uttar Pradesh, drew an angry response from the SP and its leaders who accused the I-T department of acting at the behest of the BJP ahead of the Assembly polls in the state. 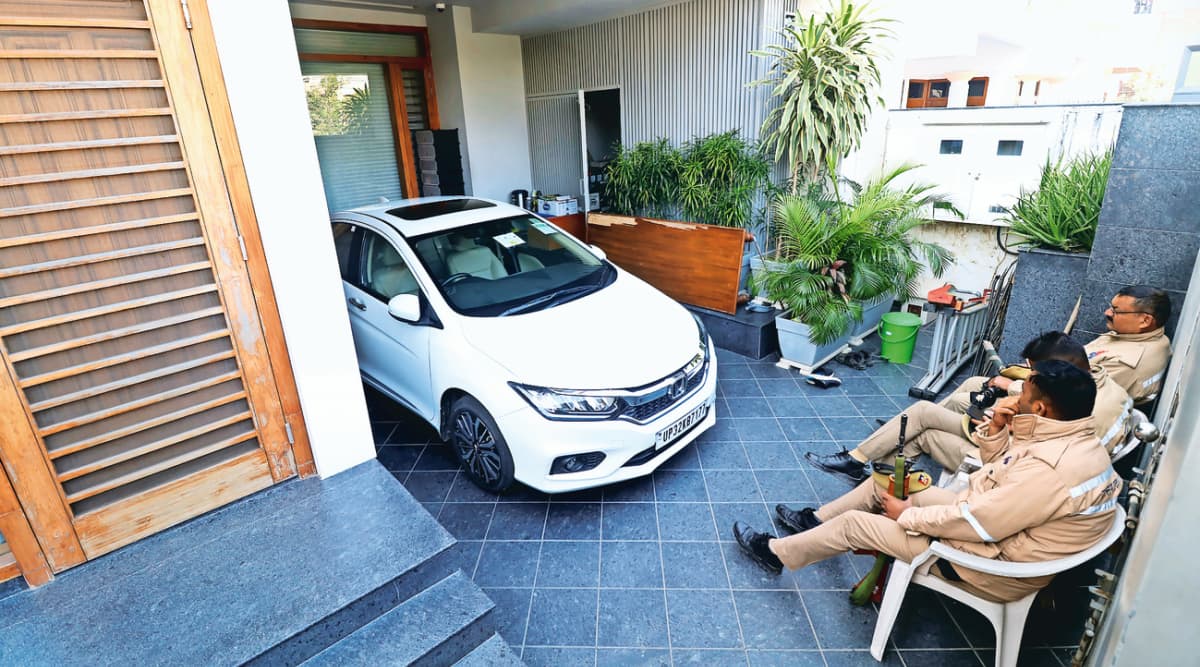 The Income Tax Department conducted searches Saturday at the houses of a SP leader and three others considered close to SP president Akhilesh Yadav.

The searches, conducted at different places in Uttar Pradesh, drew an angry response from the SP and its leaders who accused the I-T department of acting at the behest of the BJP ahead of the Assembly polls in the state.

In New Delhi, officials of the I-T Department confirmed that searches were underway, but did not provide details.

While Manoj Yadav and Rahul Bhasin are considered close to Akhilesh Yadav, Jainendra Yadav ‘Neetu’ was an Officer on Special Duty during the 2012-17 rule of the SP government.

Reacting to the searches, Akhilesh Yadav said the searches were being conducted to target Rai because the “BJP is scared” that “they are going to lose the UP elections”.

At a press conference in Rae Bareli ahead of his Vijay Yatra, the SP chief said: “I have told you before too that since the defeat of BJP hurts them more, big leaders will come from Delhi. So far, we were waiting for Income Tax people to come… I-T people have come. In the coming days, ED and CBI will come with other agencies. Conspiracies will be spread, but the BJP will be removed from UP.”

“Rajiv Rai is a spokesperson of our party. He works hard to strengthen the party. Why was his house raided before the elections? If they had information, they should have done the raid earlier. As the elections have come close, this department has also come to fight elections in UP,” he said.

He also spoke on “fake cases” against senior SP leader Azam Khan and those lodged against farmer leaders during their protest against the three farm laws.

“This is not a new thing. This is an old trick. The BJP is following the path shown by the Congress. Check the Congress’s history and you will see they too used such intimidation tactics,” he said.

Meanwhile, Rajiv Rai told reporters: “They (I-T) came for raids, and I said they should do it… The procedure is ongoing. They have told me they are holding raids in Bengaluru too, and at houses of people known to me. I would like to say that if this is not political, then what is. I have not committed any crime. I have a clean record, and I have no business in UP. They are looking at my mobile phone.”

“I appeal to my workers not to do anything here, so they (I-T) can book you and lodge cases. I have nothing to hide and I am not scared. I challenge them to do raids at other places where (Union Home Minister) Amit Shah’s people live,” Rai said.

SP spokesperson Juhie Singh said the searches were being done because “the BJP is scared after seeing the crowds” at Akhilesh Yadav’s rallies. “The same thing was done in West Bengal. Now, they are doing it in UP. But they will lose the UP polls like they lost the Bengal elections, no matter what tricks they use,” Singh said.

In the past, Rai has been credited for helping Akhilesh Yadav win the 2012 Assembly polls.

From Surahi village in Balia, Rai is chairman of the AVK Group of institutions in Bengaluru. After becoming the chairman, Rai helped the group grow by acquiring established schools, nursing and pharmacy schools and colleges and degree colleges.

While Jainendra Yadav ‘Neetu’ was OSD between 2012 and 2017, Manoj Yadav is chairperson of the RCL Group that enters into contracts for government works. Yadav is one of the highest tax payers in Mainpuri district. Bhasin is a Lucknow-based businessman.

Opposition parties, especially in the states they control, have accused the BJP-led government at the Centre of targeting them through law enforcement agencies.

Days before the Tamil Nadu polls in April this year, the I-T searched premises of DMK chief MK Stalin’s daughter Senthamarai in Chennai. The DMK said this was done in pursuit of “political objectives”.

Similarly, in the last week of February, CBI summoned Rujira Banerjee, wife of Mamata Banerji’s nephew Abhishek Banerjee, for questioning in connection with a case of alleged corruption in a case of coal pilferage in West Bengal. The state went to polls on March 2.

In the middle of the West Bengal elections, the NIA arrested Chhatradhar Mahato in a 2009 case while he was campaigning for the TMC.

In the run-up to the Kerala Assembly elections in April this year, the NIA registered an FIR of terror funding in connection with a case of alleged gold smuggling which had the office of Chief Minister Pinarayi Vijayan in the crosshairs. Three months before the polls, it even filed a chargesheet in the case.

The ED arrested Vijayan’s former principal secretary in the case. It also arrested the son of CPM’s Kerala state secretary Kodiyeri Balakrishnan in a separate case of alleged money laundering.

In July 2020, as the Ashok Gehlot government in Rajasthan faced a rebellion from Deputy Chief Minister Sachin Pilot, the ED searched premises linked to Gehlot’s brother Agrasen in connection with its probe into alleged diversion of fertilisers during 2007-09. On July 22 that year, the ED conducted searches at 13 places including in Rajasthan, West Bengal, Gujarat and Delhi in connection with the case.

In 2017, Congress leader D K Shivakumar had arranged the stay of 44 Congress MLAs from Gujarat in a Karnataka resort when senior Congress leader Ahmed Patel was contesting for a Rajya Sabha seat. I-T searches were conducted against him and a chargesheet was filed. This was followed by the ED filing a case against Shivakumar in September 2018 and arresting him a year later. Karnataka went to polls in early 2018.

In March 2018, days after being ousted from office following Assembly polls, former Nagaland Chief Minister T R Zeliang was summoned by the NIA for questioning in a case of alleged terror funding. The agency had summoned his OSD and two office staff for questioning just before the elections. Zeliang, who heads the Nagaland People’s Front (NPF), ran the previous government in Nagaland in alliance with the BJP. But just before the elections in February, the BJP entered into an alliance with NPF breakaway Nationalist Democratic Progressive Party (NDPP), led by Neiphiu Rio. Though NDPP secured less seats than NPF, it formed the government with help from the BJP.