Eight bills were passed during the session, including the Kolkata Municipal Corporation (Amendment) Bill and Private Fisheries Protection (Repealing) Bill. 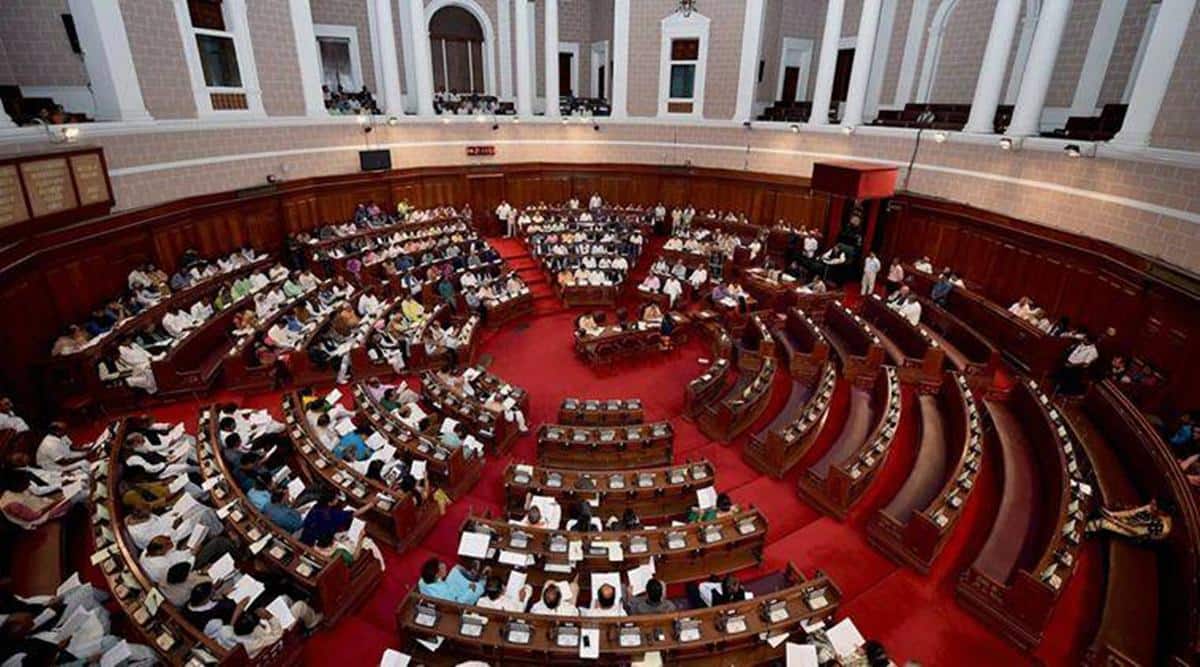 THE WINTER session of the West Bengal Assembly was adjourned sine die on Wednesday as Speaker Bimab Bandopadhyay urged all legislators to “maintain the sanctity of the House.”

Wrapping up the vote of thanks discussion before adjournment of the House sine die, Bandyopadhyay said MLAs must exercise restraint in the use of words.

“The Opposition and ruling parties must equally cooperate to ensure smooth functioning of the House. There should not be competitive use of abusive words. Many students attended the winter session in the visitors’ gallery. What would they think of people’s representatives if MLAs don’t conduct themselves appropriately? However, by and large I am happy that both sides followed House decorum,” he said.

Bandyopadhyay was apparently alluding to the war of words between treasury and opposition benches during the winter session on issues ranging from demand for debates on the school jobs scam, controversial remarks by state ministers on President and Prime Minister.

He had ordered expunging of certain remarks made by both sides from House records.

“I am not saying there won’t be heated exchanges and debates in the assembly. That is the characteristic of the House. But we shouldn’t use certain words within the hallowed precincts of the House. This does not add to the glory of the legislature,” he said. He said the assembly will conduct orientation course for newly elected legislators of all parties before the next session.

He informed the House that the BJP was allowed to raise 126 supplementary motions against 68 of the TMC.

The winter session of the assembly was held from November 18 to November 30.

Eight bills were passed during the session, including the Kolkata Municipal Corporation (Amendment) Bill and
Private Fisheries Protection (Repealing) Bill.

The Chief Minister gave a proposal to the Speaker that all MLAs should go to the newly built museum at old Alipore central correctional home Thus, Speaker Biman Banerjee urged all MLAs to do so, adding that the Assembly would organise a vehicle for in this regard. However, BJP MLAs opposed the proposal.

Later, Leader of Opposition Suvendu Adhikari said, “A case is pending in the Calcutta High Court on the legality of the construction of a museum on the heritage premises of Alipore jail. So, we (BJP MLAs) have no plan to go to the museum.”

– with inputs from PTI