Sanskrit not only a language but a vehicle for thoughts and ideas: Amartya Sen

Sen on Monday lauded Sanskrit not only as a language but also as a vehicle for thoughts and ideas. 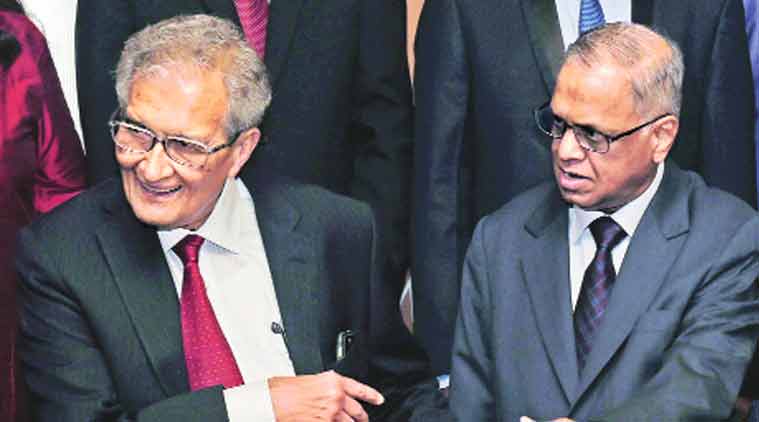 If speakers at the recent Indian Science Congress found links between ancient Sanskrit scripts and scientific feats, Nobel Laureate Professor Amartya Sen on Monday lauded Sanskrit not only as a language but also as a vehicle for thoughts and specific ideas.

“It is not only the language of priesthood and a language in which there are many Hindu and many Buddhist texts, it is also a vehicle for many other radical thoughts of comprehensive doubts about the supernatural… a medium in which questioning of class, caste and legitimacy of power was expressed with profound eloquence by Sudraka in his profound play Mrichchhakatika,” said Sen.

He observed that the fruits of investment in a good school education may be extraordinarily large as school education is the basis of all high education. “Teaching is not just matter of instruction given by teacher to their students,” Sen said, pointing out that progress of science and knowledge depends on what one nation or one group of people derives from the achievements of other nations and other groups of people.

THE WINNERS
Jayant Ramaswamy Harista of IISc-Bangalore was awarded Infosys Prize 2014 for Engineering and Computer Science.

The other winners are Shamnad Basheer, founder of SpicyIP-India; Madhu Sudan from MIT-Boston; Srivari Chandrasekhar CSIR-Indian Institute of Chemical Technology, Hyderabad and Esther Duflo from MIT.