Partha Chatterjee was produced before a special CBI court that again rejected his bail application and extended his judicial custody till December 12. 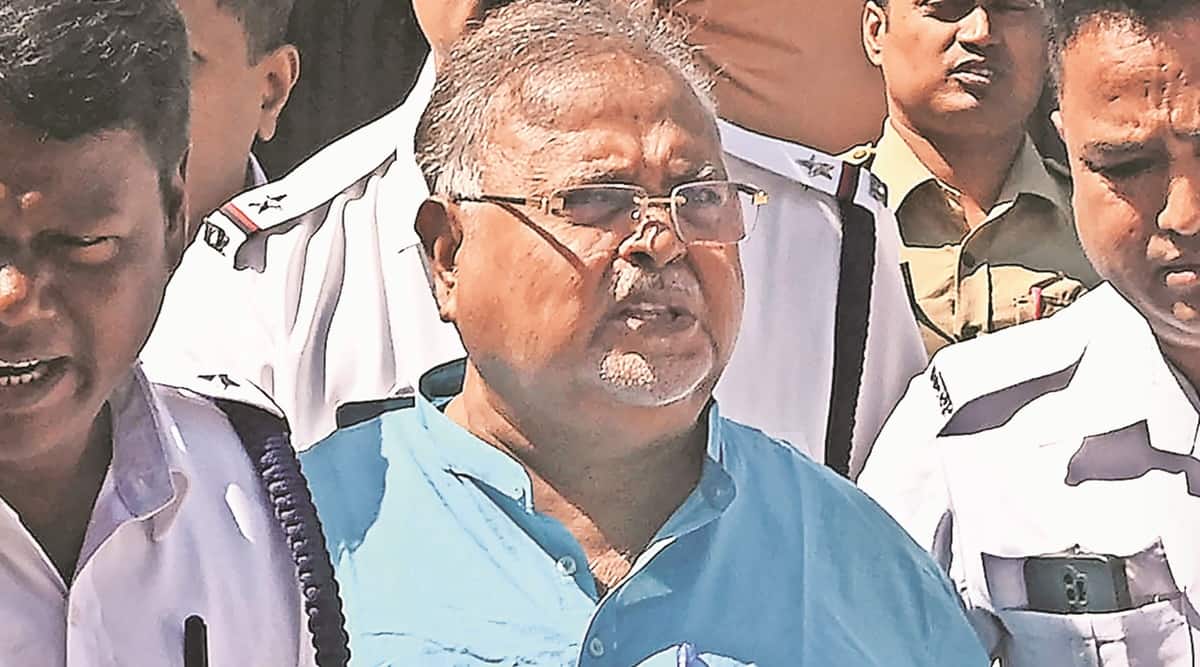 FORMER STATE minister Partha Chatterjee, who was arrested by central investigation agencies for his alleged involvement in the school recruitment scam, on Monday said the TMC would win next year’s panchayat polls.

Chatterjee was produced before a special CBI court that again rejected his bail application and extended his judicial custody till December 12.

While he was being brought out of the court in Alipore, mediapersons there asked Chatterjee’s opinion on who would win the panchayat polls. Chatterjee said, “Trinamool Congress will win.”

Since his arrest in July this year, the ruling party has distanced itself from him. Chatterjee was relieved of his ministerial duties by the Mamata Banerjee-led government. The party also removed him from all posts he held in the party.

Under such circumstances, opposition parties said Chatterjee is trying to win back the trust of the TMC.

“He is trying to keep Mamata Banerjee in good humour. He wants to get better facilities in jail. He knows he has no other option than to praise the ruling party to keep his future options open,” said Congress state president Adhir Ranjan Chowdhury.

BJP MLA Agnimitra Paul said, “He is saying all these to draw sympathy of Mamata Banerjee.””

“He (Chatterjee) no longer holds any party posts. He is making comments. We have nothing to say,” said Ghosh.

Earlier, opposing Chatterjee’s bail plea the CBI counsel claimed that the investigation is at an early stage and granting him bail at this stage may
hamper the probe.