Once upon a time…extinct Siwalik elephants, African lions roamed Bengal

ZSI to carry out zoo-archaeological expeditions in order to find out more details of extinct species. 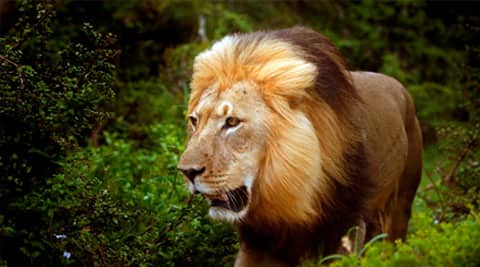 Several animal species, which are either extinct or seen only in Africa, thrived 40,000 to 50,000 years ago in the wilds of Purulia, Bankura and West Midnapore districts, according to senior scientists of the Zoological Survey of India.

However, African lion, giraffe, spotted hyenas are now only found in Africa.

A senior palaeontologist of the ZSI, T K Pal, along with his team had several years back stumbled upon the remains of these animals preserved in two caves located in the Susunia Hills of Bankura.

“In 1980-81, we had recovered remains of the animals from the caves of Susunia and other surrounding areas of Jangalmahal. The lab tests revealed that the animal remains were 50,000 years old,” Pal said.

According to ZSI, this constitutes the first such kind of discovery in West Bengal and eastern India. Pal said, “Several experiments have shown that in the area, now spanning the three districts, the land mass, geology and climate were not the same as now. The sea level, including that of the Red sea, was then much lower and there existed an African route stretching from today’s Himalayan region to Africa through Afghanistan and Pakistan.”

The emeritus scientist explained that Gondwana land mass — the super continent that comprised most of the landmasses of today’s southern hemisphere, including Australia, Madagascar, Antarctica, South America, Arabian Peninsula and Indian Sub-continent, bumped into the Eurasian landmass creating the African route for the animals to migrate and roam into these areas in search of food and water.

“The roaming area of the animals was much larger then and the animal corridors stretched from one part of the globe to another. From parts of Africa to today’s Himalayas, which was then known as Siwalik hills, the youngest east-west mountain chain of the Himalayas, these animals migrated between 25 to 26 million years ago,” Pal explained.

These animals inhabited Siwalik region, but pleistocene glaciations found around one to 1.5 lakh years ago, which covered the entire area from Siberia to the northern part of Kashmir under ice sheet, forced these animals to migrate downwards towards the eastern part of today’s India due to cold wave coming from the north.

The eastern region, known commonly as the Rarh region of Bengal, was covered in dense forest and had a very suitable climatic and ecological condition for the in habitation of these animals, Pal said.

The findings formed the subject matter of a book “Animal Remains from South Western part of West Bengal and their relevance to the Ancient Civilization of the Area” published by the ZSI in January this year. The book has been jointly written by Pal and another paleontologist Supriya Nandy.

The director of ZSI, K Venkatraman, said the institute would carry out more zoo-archaeological expeditions in order to find out more details of the animals which once had a free run in this part of India.