According to neighbours, most of them spoke on the condition of anonymity, 55-year-old Ujjawal Chakraborty was an alcoholic who used to beat up his wife and son almost everyday. The pond from where Ujjawal Chakraborty's head was found. (Express photo by Partha Paul)

Residents of Baruipur’s Hariharpur gram panchayat, which has suddenly come into the spotlight, following the gruesome murder of a 55-year-old former Navy personnel allegedly by his wife and son, recount frequent quarrels at the Chakraborty household.

According to neighbours, most of them spoke on the condition of anonymity, 55-year-old Ujjawal Chakraborty was an alcoholic who used to beat up his wife and son almost everyday.

“For years, we have been witnessing domestic violence in their house. The son (Raju alias Joy) was relatively nice. When he was a kid, his father used to tie him up with a rope in the backyard of the house and beat him. That man (Ujjawal) used to beat his wife so much that she was embarrassed to talk with anyone in the locality. She would hardly step out of the house,” said Anjali Roy, a neighbour.

The house where the Chakraborty family lived in Baruipur, on Sunday. (Express photo by Partha Paul)

“Joy’s father was very violent in nature. We used to play with Joy when we were kids but slowly we grew apart and stopped talking. His parents would often fight. In fact, in our friends’ group, we would discuss his parents. His father used to beat him like a mad man. Sometimes he used to beat him from morning to evening. We never thought that it would end like this someday,” a 25-year-old woman said on the condition of anonymity.

The Chakraborty family had been residing at Mansa Nivas, a single-storey house at Prantik Abasan, in Salepur Paschim for more than a decade now.

Ujjawal Chakraborty, who retired from the Navy around a decade ago, worked as a private security guard. 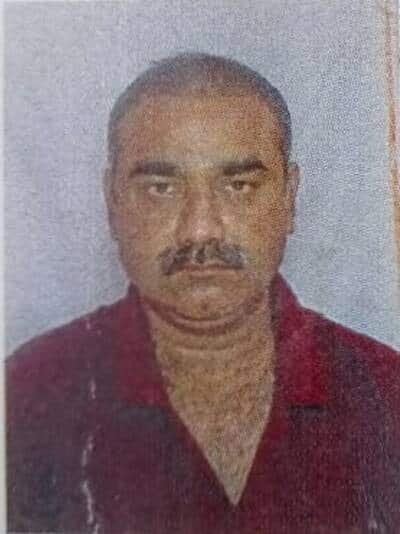 Ujjawal Chakraborty, who retired from the Navy around a decade ago, worked as a private security guard.

“That evening (November 14), we heard them fighting around 7 pm. Since quarrels were frequent in that family, we didn’t bother initially. I and my wife sensed that the fight was not just verbal, but they were hitting each other. However, the doors and windows were shut. Surprisingly, while all the lights of the Chakraborty household were off, the TV remained on till late night, and that too at a high volume,” said a resident.

According to police, Raju allegedly strangled his father to death. The wife and son then moved the body to the bathroom where they allegedly hacked the body into six parts using a hacksaw. That night, the son then made six trips, with the mother accompanying him on the first, to dispose of the body parts in a nearby pond and bushes.

“Next morning, my wife saw Raju with his mother. Usually, his father used to step out of the house after a fight, but none of us saw him after that evening. We were doubtful, but never thought they killed him,” said the resident of Prantik Abasan.

Many said that the Chakrabortys would hardly socialise or speak to anyone. On Sunday night, the house was locked.

After the head and the belly were found in a pond in Dehimedan Malla area, around 500 metre from the house, the neighbours expressed surprise since a pond is located very close to their house.

“We have been watching the Shraddha Walkar murder case of Delhi on TV. But never imagined that a same-style murder where the body was cut into pieces and disposed of would take place in our neighborhood,” said a neighbour of Chakrabortys.