State government officials confirmed the meeting but did not wish to be quoted. 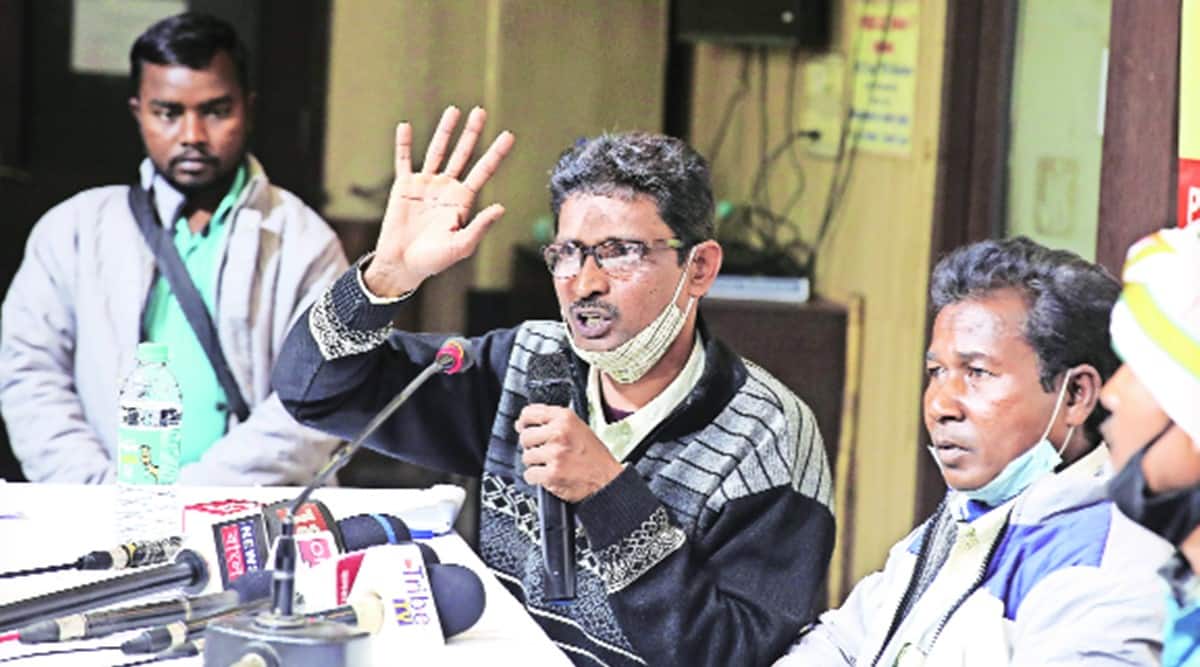 Protesters against the Deucha Pachami coal block project at a press conference in Kolkata. (File)

A delegation of protesters against the country’s proposed largest coal block project at Deucha Pachami in Birbhum district met Chief Minister Mamata Banerjee at Nabanna on Wednesday. The protesters said the chief minister promised to look into their worries vis-a-vis the project and even consider lifting the alleged false police cases.

State government officials confirmed the meeting but did not wish to be quoted.

“A total of 31 protesters went to Kolkata and 8 of our representatives met Chief Minister Mamata Banerjee. I spoke with them over the phone and learnt what happened. We are happy that the chief minister met us and cleared most of our doubts over the project. She clearly said that only after getting our consent will our land be allocated for the project. She said our land will not be taken for the project if we don’t want it,” Ganesh Kisku, convenor of ‘Birbhum Jomi, Jibon, Jibika o Prakriti Banchao Mahasabha’, who has been leading the agitation over the project, said.

The members of the organisation are against giving up their land for the project.

“The chief minister also promised to consider lifting false cases slapped on the villagers by the police and investigate atrocities committed on us and our families,” Jagannath Tudu, assistant secretary of the organisation told The Indian Express over phone.

The Birbhum Jomi, Jibon, Jibika o Prakriti Banchao Mahasabha (Birbhum Mahasabha for Saving Land, Life, Livelihood, and Nature), have been holding a sit-in demonstration against the project and the alleged police atrocities since February 22.

Protesters had claimed on December 23, the police beat up several villagers, including women, who had raised questions about a rally allegedly backed by the TMC and organised in support of the project. Thereafter, on February 22, TMC supporters allegedly attacked protestors after a public meeting in Dewangunj and the police slapped cases against the villagers. Miscreants allegedly ransacked houses of some of the agitators.

To date, the state government has identified 784 families in more than 90 villages for resettlement.

Banerjee announced a compensation package last November for those who will get displaced or affected and assured there would not be any forcible acquisition of land as had allegedly happened in Singur in 2006 under the then Left Front government.

The proposed coal block is estimated to hold 2,102 million tonnes of coal spread over an area of 9.7 kms in Deucha Pachami in Mohammad Bazar block of Birbhum district.