No one injured: Two EMU local trains ‘graze each other’ outside Sealdah station, services affected

Meanwhile, train movement in the Sealdah main section was partially affected due to the accident. 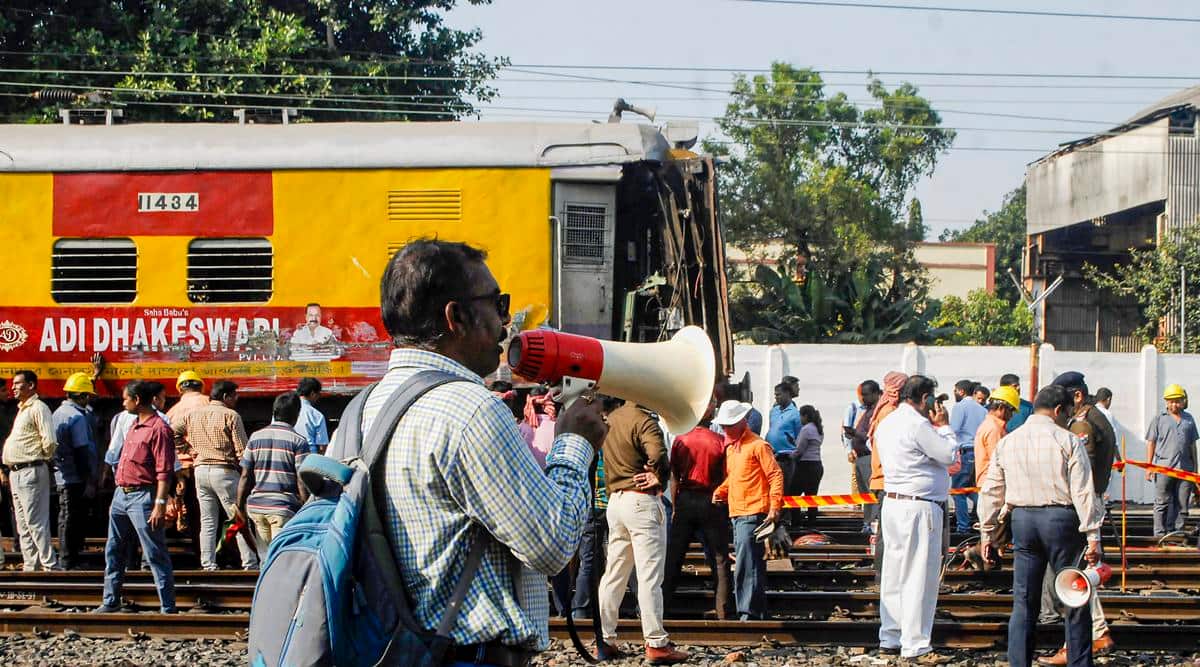 Railways officials and workers stand on the railway tracks after a local train derailed near the Sealdah car shed in Kolkata, on Wednesday, Nov. 30, 2022. (PTI Photo)

TWO electric multiple unit (EMU) local trains grazed each other while travelling in the same direction on adjacent tracks outside Sealdah railway station on Wednesday, resulting in the disruption of railway services for some time. No injuries were reported.

Eastern Railway spokesperson Ekalabya Chakraborty told media persons that the two suburban trains were on their way out of Sealdah station at the time of the incident. According to him, one train was travelling from Sealdah to Ranaghat while the other was an empty rake going to the car-shed from the terminal station around 12:15 pm.

“The motorman’s cab of the empty rake was partially damaged in the accident. We have ordered an inquiry into the incident to ascertain the reason for the accident,” said Chakraborty.

Meanwhile, train movement in the Sealdah main section was partially affected due to the accident. Later, the affected rakes were removed to resume railway services.

Subscriber Only Stories
View All
Scintillating sea creatures and what makes them special
Union Budget 2023: How the government calculates the math
Focus on border areas, NCC plans to raise cadet strength by 8 lakh
With access as key, an MP district brings govt home to beneficiaries
Monthly plan to access Budget
First published on: 01-12-2022 at 07:52 IST
Next Story