ED had filed a money laundering case against the Group early this year after going through multiple FIRs. 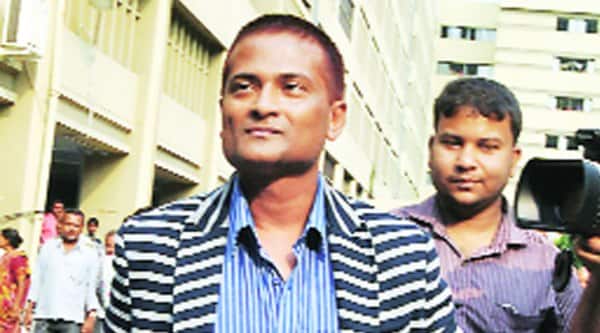 In the biggest ever such action against ponzi firms, the Enforcement Directorate (ED) Wednesday issued orders to attach 2,631 bank accounts of the Rose Valley Group under the provisions of the Prevention of Money Laundering Act (PMLA).

A total of Rs 295 crore in “liquid cash” is held in these accounts, both in public and private sector banks, in West Bengal, Orissa, Jharkhand, Tripura, Assam and Himachal Pradesh.

The order issued by the Kolkata Zonal office has been sent to Adjudicating Authority of PMLA — a three-man body with one member each from the fields of law, administration and finance within Union Finance Ministry in Delhi — for confirmation.\

The ED had frozen the said bank accounts, belonging to Rose Valley Estate Construction Limited and Rose Valley Hotel and Entertainment Private Limited, in September. The action came after the agency found that the Rose Valley Group had siphoned off more than Rs 1,700 crore of depositors’ money while showing the amount as “loss” suffered by the two firms. According to sources in the ED, the siphoned money has been invested in “luxury cars and foreign trips”, which it is probing.

The ED, according to the attachment order, has found that the Rose Valley Group had floated 27 companies for running the alleged chit fund operations, out of which only half-a-dozen were active.

The two said firms of the Group had allegedly floated a scheme promising inflated returns on investments between 8 and 27 per cent to investors on land properties and assets and bookings done in the real estate sector. The ED has pegged the total volume of the alleged irregularities at Rs 15,484 crore.

The probe found that the company had made “cross investments” in its various sister firms to suppress its liabilities towards investors. In Orissa alone, it failed to pay maturity worth Rs 362 crore.

While Rose Valley Group chairman Gautam Kundu could not be contacted despite repeated attempts, the company issued a statement saying the case is “only confined within 12 crore debenture of Rose Valley Real Estate & Constructions Ltd, not on entire Rose Valley Group”.

As per the statement, the said scheme was closed in 2010. “Only the payment continued, which was reflected in the balancesheet showing erosion of liability and reserve… We have an order also that the entire amount was paid. But as to the question raised by the ED, to get a clear solution in a legal manner, we decided to move a division bench at Kolkata High Court. The appeal has been filed today,” the firm said.

The Group also said that “till today there is no official or unofficial news or notice from ED to company regarding seizure /attachment of any asset or money lying in bank account”. The statement said that it was very clear that the “rumour on the said issue is completely fabricated”.

The ED had filed a money laundering case against the Group early this year after going through multiple FIRs filed by various state police departments against the activities and ponzi schemes floated by it. The Group has filed at least eight writ petitions in several courts.