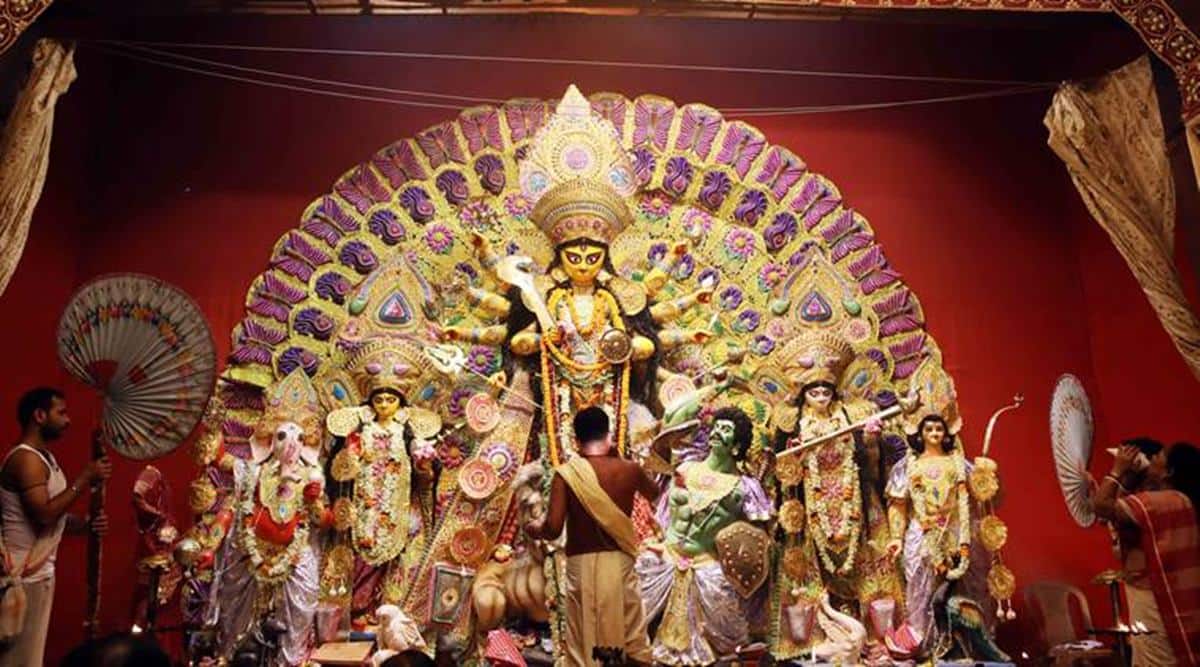 The court also said that all the restrictions imposed last year will remain this time as well.

The Calcutta High Court on Friday said that like last year visitors would not be allowed to enter Durga Puja marquees (pandals) this time too, and the premises would be treated as containment zones because of the ongoing Covid-19 pandemic. The same rules would apply during the Kali Puja as well, the court added. The court had issued similar directives last year, and Friday’s order is being seen as a repetition of the previous one.

“The present petition has been filed in public interest inter alia, seeking a direction to the respondents to make proper arrangements so that there is no large gathering during the Puja festival at different places. The learned counsel further referred to detailed orders passed by this Court on October 19, 2020, and October 21, 2020, in WPA 8520 of 2020. The submission is that the same protocols be followed for the current year as well,” read the order.

The Bench noted that Advocate General Soumendra Nath Mookherjee had submitted that the state government would have no objections if the court imposed last year’s curbs. It added, “The learned Advocate General submitted that he has sought instruction from the competent authority to state that even for this year the guidelines issued by this Court in the aforesaid orders dated October 19, 2020, and October 21, 2020, passed in WPA 8520 of 2020 shall be followed by the authorities concerned.”

As per previous year’s order, small pandals have to erect barricades five metres before the entrance while for the bigger ones the distance is 10 metres. No entry boards should be put up at the barricades. Like the previous year, the court ordered that only 15 to 25 persons of the puja organising committees be allowed to enter the pandals. The court also directed organisers to distribute masks and sanitisers to visitors and engage in awareness campaigns.

TMC MLA Tapas Roy said, “Last year, there was a muted festive season as several restrictions were imposed and everyone abided by them. This year too we will follow the same restrictions. Chief Minister Mamata Banerjee has already appealed to us to follow previous year’s restrictions.”

On Thursday, the state government announced relaxation in night curfew across the state between 11 pm and 5 am from October 10 to 20 because of the festivities that begin on October 11.