Mamata Banerjee said the vehicles ferrying ration will be stationed every 500 metres and the dealers can hire two staff to personally deliver ration at every doorstep. 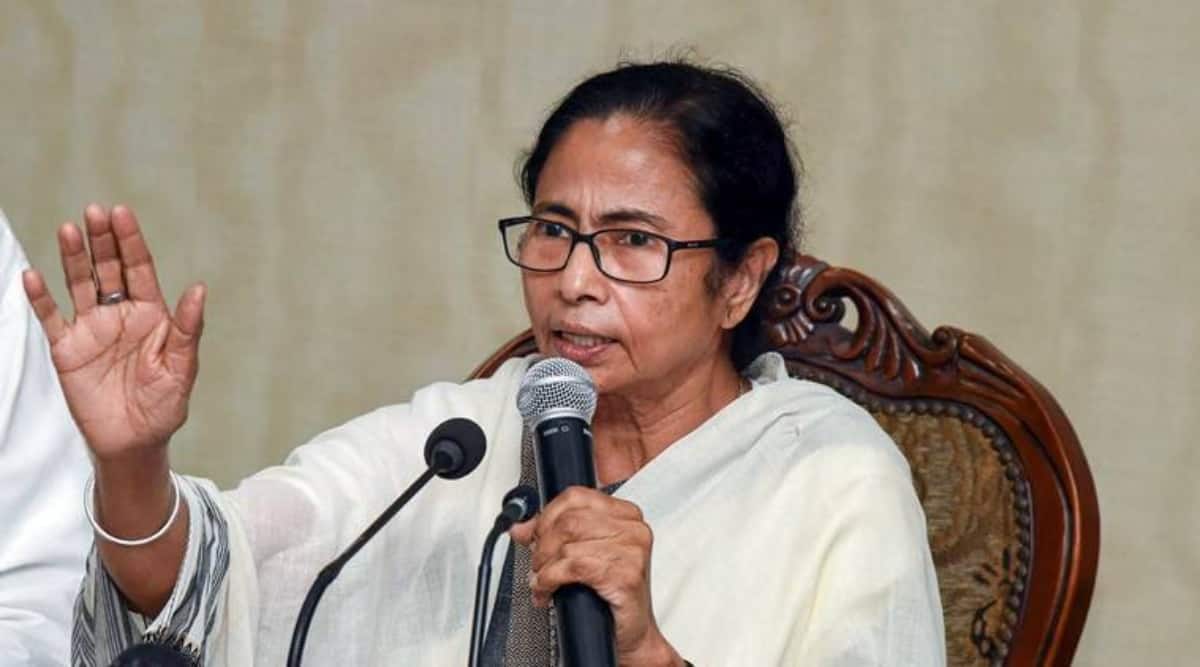 Chief Minister Mamata Banerjee on Tuesday unveiled the ‘Duare Ration’ scheme to ensure doorstep delivery of essential food items. Making several other important announcements around the scheme at the Netaji Indoor Stadium, the chief minister assured a grant of Rs 1 lakh each to ration dealers who buys vehicles to deliver food items from door to door.

She said the vehicles ferrying ration will be stationed every 500 metres and the dealers can hire two staff to personally deliver ration at every doorstep. She said the delivery persons will be assured a monthly wage of Rs 10,000 each, of which the state will pay Rs 5,000 and the ration dealers will have to bear the rest.
As part of the ‘Duare Ration’ scheme, the state government will provide 5 kg ration to more than 100 million families for free.

Sharing more details of the scheme, the chief minister said the people of a particular area have to be notified in advance before a vehicle laden with the essential food items arrives. The residents will accordingly gather and collect the food items.

Asked whether a person will be allocated more ration than his monthly quota if he fails to collect it in a given month, the CM said he could get it from another vehicle stationed in another neighbourhood.The chief minister said if 21,000 ration dealers hire two workers each, it would mean the creation of 42,000 jobs in the state. Saying that her government will bear half the amount that will go towards paying the wages of these delivery persons, she added that an additional Rs 160 crore would be allocated from the state coffers for this purpose.

Arshad Mondal, another dealer in the South 24-Parganas, said, “The government came up with this scheme to recruit ruling party workers. It will not benefit us.”