Clothes for distribution not at venue, Mamata stalls event

Banerjee stalled the programme and refused to talk to officials until the garments were brought for distribution. 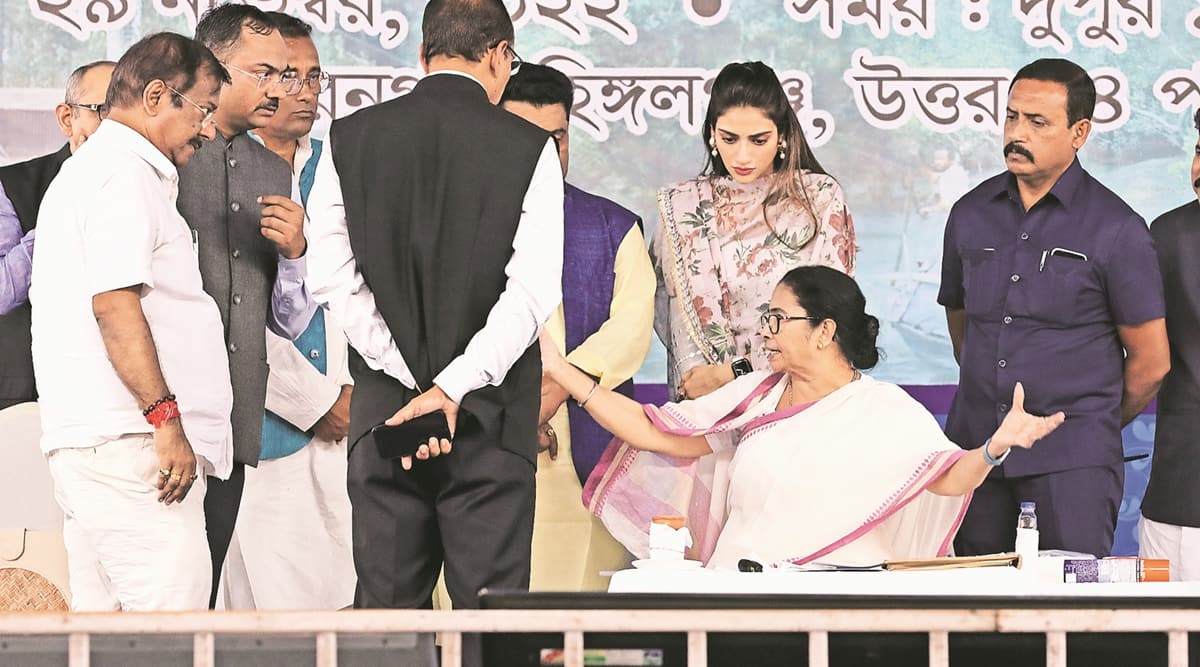 West Bengal CM Mamata Banerjee during a ceremony to distribute blankets in Sundarbans on Tuesday. (Express Photo by Partha Paul)

West Bengal Chief Minister on Tuesday reprimanded North 24 Parganas District Magistrate Sharad Kumar Dwivedi and other officials after she found that winter garments meant for distribution at a public meeting in Hingalganj were not brought to the event site.

Banerjee stalled the programme and refused to talk to officials until the garments were brought for distribution.

“When I give things and it doesn’t reach the people, it angers me. When you visit a guest you bring a gift. I bought winterwears, blankets, and sweaters for the people here,” said Banerjee as she looked at local administrative officials present on stage.

She turned towards DM Sharad Kumar Dwivedi, who was standing on the dais behind her, and asked him where the winter garments were kept. “I have brought 15,000 winter garments, and blankets. Where have you kept them? Bring them to me immediately. I told you that we will distribute it directly not through anyone,” Banerjee said as those who had gathered for the event kept applauding the CM.

The CM, who is in the district on a two-day visit, also warned the DM, and other officials of stern action for such lapses. The garments were at the Block Development Office and brought to the meeting venue around 20 minutes later. Later, the CM distributed winter garments to around 1,200 villagers from Samsernagar constituency.