Medical college Authorities say election cannot be held immediately; solution could only be found through dialouges 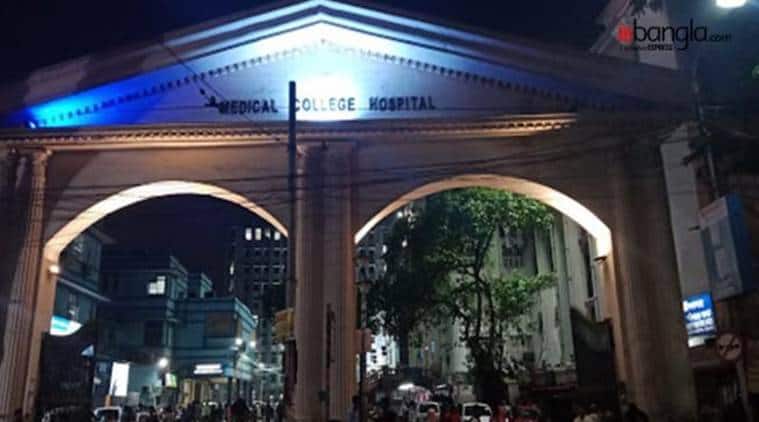 According to hospital authorities, they held a meeting with students on Thursday and “repeatedly requested them to withdraw their hunger strike” as a solution could only emerge through discussions.

Students launched a protest demanding the student council election at Calcutta Medical College at 3 pm on Monday and gheraoed the principal, heads of departments, superintendents, deputy superintendents and nursing superintendents that lasted for 34 hours till Wednesday morning, said sources. Following this, student leader Aniket Kar at a press conference said, “We appealed to the principal with great hope but didn’t get a proper solution to the issue. The protesting students are being threatened.”

Kar, however, claimed that health services were not disrupted due to their protest and such claims were directed to weaken their protest.

The hospital authorities, meanwhile, insisted that the solution could only be found through dialogues, so the protesting students should be open for dialogues. Hospital superintendent Anjan Adhikari said, “Our first duty is to serve patients. The second duty is to carry out classes. A solution will be found through discussions.”

“It is not possible to hold the elections immediately. The election will definitely be held, but it won’t be held immediately,” said a doctor at Rogi Kalyan Samiti at the medical college.

The hospital authorities claimed that services were hit on Thursday as the students kept doctors and department heads confined and did not allow them to visit their departments.

Principal Indranil Biswas told reporters, “There are two reasons why the election cannot be held on December 22. One, the poll expenses will be borne by the state government. I have been told that at a time when the state is taking austerity measures, the expense for the student union election may not be allowed. Secondly, the law and order arrangements are also important.”