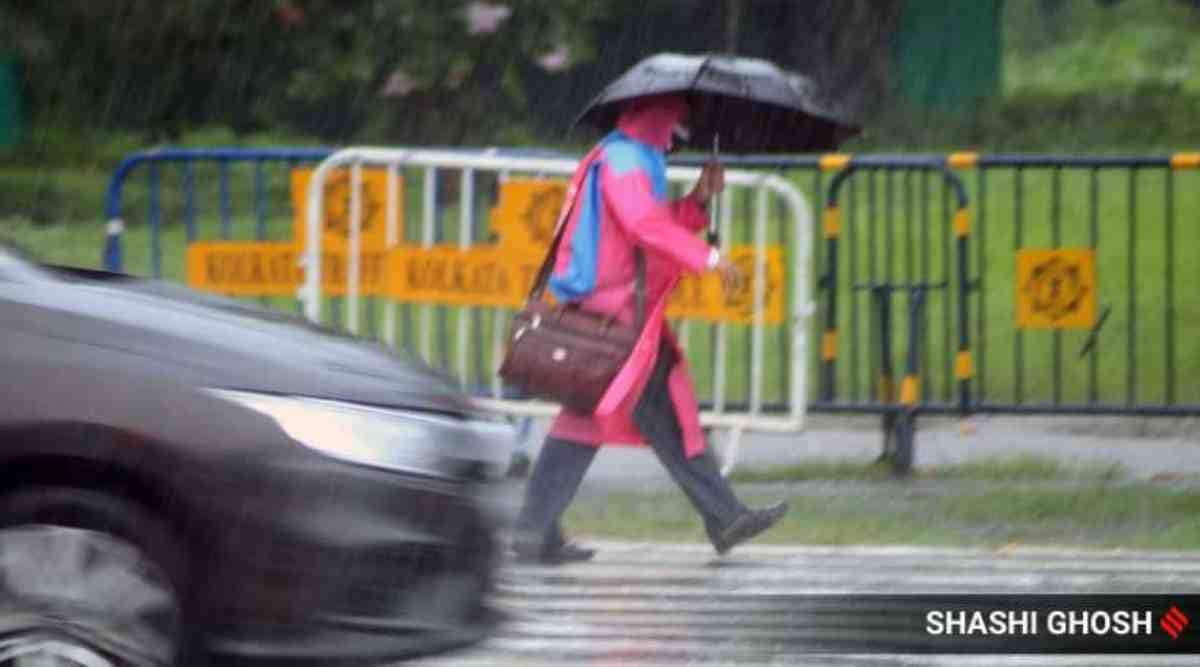 THE WEATHER department has forecast thunderstorm and rainfall activity over the state during December 4-5. According to officials, a low-pressure area lies over central parts of Andaman Sea and neighbourhood. It is likely to move west-northwestwards and concentrate into a depression over southeast and adjoining east-central Bay of Bengal by Thursday and intensify into a cyclonic storm over central parts of the Bay of Bengal during the subsequent 24 hours. Subsequently, it is likely to move northwestwards, intensify further and reach near north Andhra Pradesh– Odisha coasts around December 4 morning.

“Under its influence, thunderstorm and lightning associated with gusty wind and light to moderate rainfall at most places are very likely to occur over the districts of Gangetic West Bengal during December 4-5,” read a statement issued by the Alipore weather department. The department has issued yellow alert warning with heavy rain (7-11cm) likely to occur at one or two places over East Medinipur, West Medinipur, North 24 Parganas, South 24 Parganas, Jhargram and Howrah districts.

After ‘Yaas’ and ‘Gulab,’ ‘Jawad’ will be third storm this year which has been named by Saudi Arabia. The weather department has warned fishermen against venturing into the sea.

“Fishermen are advised not to venture into the sea from December 3-5, 2021. Fishermen out at sea are advised to return to the coast by the morning of December 2,” said an official. The department has also issued wind warning with prediction of squally wind speed reaching 45-55 kmph gusting to 65 kmph likely to commence along and off West Bengal coast from December 4 morning and become gale wind speed reaching 60-70 kmph gusting to 80 kmph from the evening of December 4 for the subsequent 12 hours.

“Advisory to along and offshore Installations: The off-shore & alongshore operations are advised to be judiciously regulated on December 3 and to be suspended on December  4, 2021, to ensure safety of life and property,” added the statement.