Leaders from various states have already requested Mamata for campaigning. 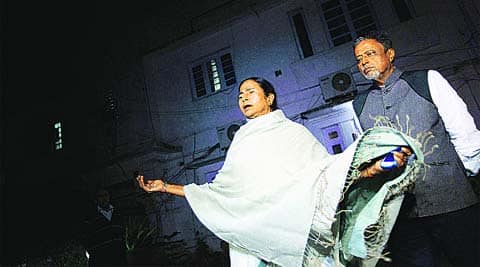 Mamata and Mukul Roy will address rallies in other states. (ashi Tobgyal)

Seeking to play a decisive role at the Centre after the Lok Sabha election, West Bengal Chief Minister and Trinamool Congress president Mamata Banerjee is set to hit the campaign trail in other  states  beginning March.
Having secured her party’s base in Bengal, she is now likely to focus on the north-east states, where the Trinamool Congress has some presence, and Uttar Pradesh, where she will be addressing eight rallies.
Mamata, who met leaders from UP Wednesday in Delhi, asked TMC state president to submit list of perspective candidates by March 9.
“She has said that we will contest elections from considerable number of constituencies in Uttar Pradesh. We have been asked to prepare the probable list of constituencies and candidates by March 9, after which she will decide on the candidature from each constituency,” said Shyam Sundar Sharma, state president and party’s only MLA in UP.

Earlier, Sharma had told The Indian Express that TMC had plans of contesting elections from 10 to 15 “good seats” in the state. The party has already held rallies in Azamgarh, Mirzapur, Pilibhit, Barielly and Lucknow in February and another rally in Mathura in December and is expected to finalise constituencies from these regions.

“She has to address at least eight rallies here next month. We will try and organise two rallies in a day. We have to propose the dates of her rally,” Sharma said.

Apart from UP, Mamata had announced to field candidates in Bihar, Jharkhand, Manipur, Tripura and Orissa.
Sources in the party said, Mamata will address rallies in Agartala (in Tripura) on March 25, Guwahati (in Assam) on March 26 followed by one in Imphal (in Manipur) in March.

In Manipur, TMC is the main opposition. In the 2012 Assembly elections in that state, the TMC had won 7 seats in the 60-member Assembly. In Tripura the party is rapidly gaining ground. In September last year, 500 Congress supporters, including three former ministers, joined the party.

Leaders from various states have already requested Mamata for campaigning. “We want Didi as prime minister of the country as we do not see any other politician as honest as her. We have told party general secretary Mukul Roy that Didi has to come to our state to address a couple of rallies. He will take it up with her,” K Jainuddin, general secretary of Kerala TMC, told The Indian Express.

K T Paul, who came with the Kerala delegation to Kolkata to attend Mamata’s Brigade rally said, “Didi is very popular there.”

Incidentally, Mukul Roy had addressed a party convention at Kozhikode in December last year. He had also addressed conventions in UP and Tamil Nadu.

“We have great prospects in states like UP and I am sure if Didi goes there for campaigning our party will do well,” Kalyan Banerjee, party MP, said. 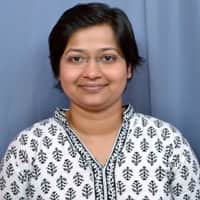