2 months after he was dropped at Centre, BJP MP Babul Supriyo joins TMC

Supriyo, who was removed as part of a major rejig in the Narendra Modi Council of Ministers in July, said he would resign as MP. "I will do whatever is right politically and ethically. I will work as per the leadership's instructions." 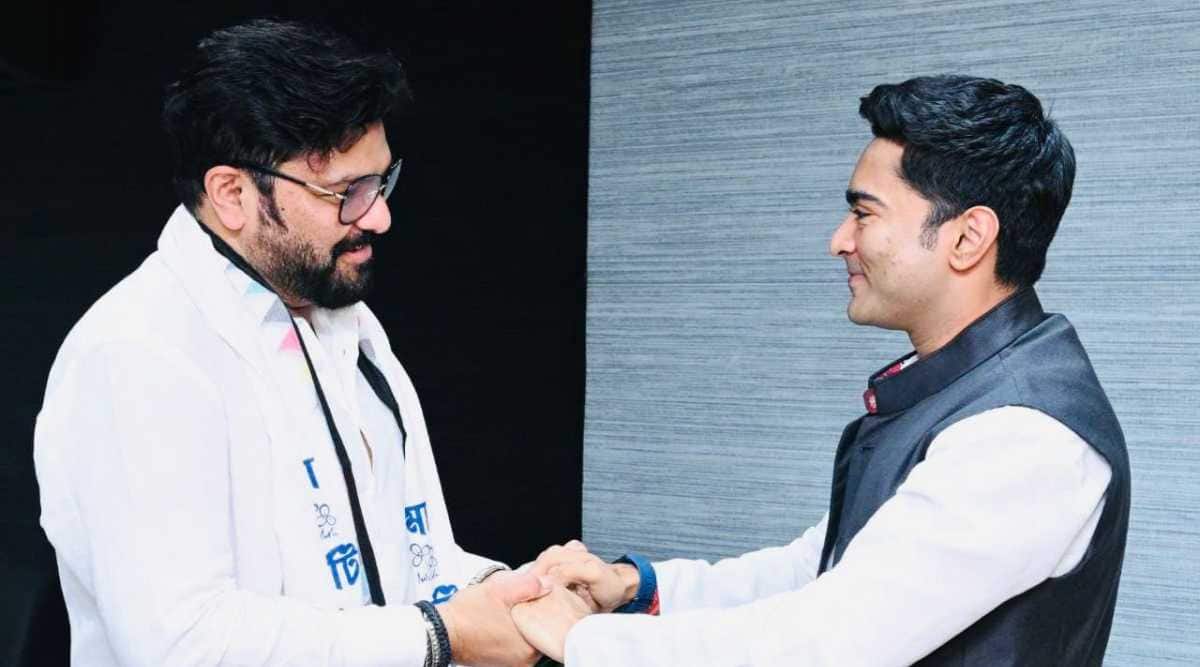 TWO months after he was removed as Union Minister of State, sitting BJP MP Babul Supriyo Saturday joined the Trinamool Congress, admitting he was disappointed at what had happened despite his “hard work and good work”.

Supriyo, who was removed as part of a major rejig in the Narendra Modi Council of Ministers in July, said he would resign as MP. “I will do whatever is right politically and ethically. I will work as per the leadership’s instructions.”

Speaking to The Sunday Express, Supriyo said he had been unhappy that, “after my hard work and good work, it (the removal) happened to me”. “I, like many others, feel I did some good work as MoS.”

He said TMC MP Derek O’ Brien, who was “a good friend”, had asked him if he wanted to join the TMC. “It was unexpected… I can just say that I responded to a good opportunity.”

Supriyo said he was surprised that both TMC chief Mamata Banerjee and senior leader Abhishek Banerjee wanted him in the party. “To other people it might look like opportunism, but to me it’s a great opportunity… I want to be in a team to play… I don’t waste time sitting on the bench.”

In the Assembly elections in the state earlier this year, Supriyo had been among the parliamentarians fielded by the BJP. However, he had lost from the Tollyganj seat. After he was dropped from the Union ministry, he had announced he was quitting politics, while staying on as MP. “Politics is beyond the constitutional post, and I withdraw myself from it. I will not join any other party. I will vacate the MP bungalow in Delhi,” Supriyo had posted.

While there has been speculation since that the singer-turned-politician would cross ranks, the Asansol MP who has been a bitter critic of the TMC and Mamata Banerjee had denied this.

On Saturday, he said he would not like to comment on the BJP, and was thankful for whatever opportunity the party gave him. “But I felt there was a bottleneck somewhere.”

Supriyo was welcomed into the TMC by national general secretary Abhishek Banerjee and O’Brien.

Speaking to reporters after his entry, Supriyo said his decision was not prompted by “revenge” against the BJP, but purely came from the heart. “All this happened in the last three-four days. I had a talk with Derek for my daughter’s admission, which is when the conversation started. Then Mamata Banerjee and Abhishek called me. I realised there was huge faith in me,” he said, adding he was grateful for “the opportunity to serve the people of Bengal” and that he had received “lot of love and warmth” from the TMC.

Asked if he would campaign for the Chief Minister in the coming Bhabanipur bypoll, Supriyo said, “I do not think Mamata Banerjee needs me to campaign but if the party tells me, I will surely campaign.”

Incidentally, coinciding with Supriyo joining the TMC, the Union Home Ministry reduced his security category from ‘Z’ to ‘Y’.

Campaigning in Bhabanipur later on Saturday, Abhishek said, “It (Supriyo joining) is just the beginning, many more are to come.”

BJP leader Shamik Bhattacharya said Supriyo leaving would not affect the party. “The BJP is a big party, it has seen many debacles,” he said.

BJP MP Swapan Dasgupta, who like Supriyo contested the Assembly elections and lost, tweeted that he was sad about Supriyo leaving the party to “re-enter” politics. “I can’t speak about the future, but he was an asset to BJP & I would personally like to thank him for his services.”

Congress state president Adhir Ranjan Chowdhury said Supriyo appears to have been made some promises by the TMC. CPM leader Sujan Chakraborty said: “The TMC is giving Babul more than the BJP. So, he decided to go to the TMC.”