Sedition charge against Karnataka school for anti-CAA play by kids

In his complaint, the activist alleged that the students were made to enact a play promoting the premise that Muslims would be forced to leave India if the CAA is implemented along with the proposed National Register of Citizens (NRC). 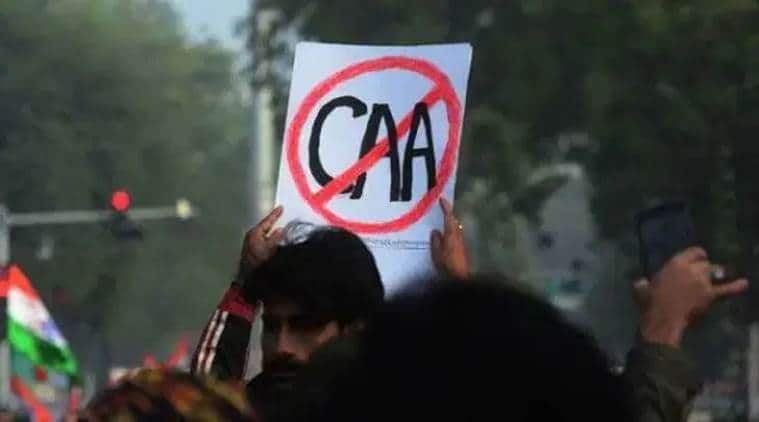 School authorities said the play was staged by Class 4 students and depicted the “present situation in the country”.

A SCHOOL in Karnataka’s Bidar, and the management of an education group that runs it, have been booked in a case of sedition and breach of peace based on a complaint, which alleged that the image of Prime Minister Narendra Modi was tarnished in a play staged by children against the Citizenship (Amendment) Act.

The New Town police station registered the case under IPC sections 124A and 504 against Shaheen School and its management on January 26 following a complaint filed by local social activist Neelesh Rakshyal. No arrest has been made so far.

School authorities said the play was staged by Class 4 students and depicted the “present situation in the country”. They accused the police of harassing the students, and their parents and teachers.

In his complaint, the activist alleged that the students were made to enact a play promoting the premise that Muslims would be forced to leave India if the CAA is implemented along with the proposed National Register of Citizens (NRC).

According to the complaint, Rakshyal saw a video of the play on social media in which students were allegedly used to promote an “anti-national” act and enact a scene which involved hitting a picture of the Prime Minister to depict opposition to the CAA.

“The play…was posted on social media with the intention of promoting enmity between communities. The director and management of the Shaheen School have committed an act that is anti-national in nature by using the students,’’ the complaint alleged.

It claimed that the video clip was posted on the Facebook account of Mohammed Yousuf Raheem, a journalist in Bidar, on January 21.

The school is run by the Shaheen Group of Institutions, a prominent Muslim education group with origins in Bidar, which runs establishments all over India. The police have registered the case against the school’s head and management, and Raheem.

“We have registered a case and are investigating. A play was enacted in the school where the CAA was projected in a bad light and was shown as forcing Muslims to leave the country. Constitutional authorities were also abused. The play was live streamed on Facebook by some persons. There are no arrests,” SP Bidar, L Sreedhara, said.

“A play was enacted by Class 4 students where the present situation in the country was depicted, where people are protesting every day. Some words were uttered in the drama and a sedition complaint has been filed. Over the last three days, police have been questioning the children about the play. It has been mental harassment of the students, teachers and parents on account of the sedition case,” Touseef Sab, an official of the school, said.

Last month, the management of Shree Rama School in the Bantwal region of Dakshina Kannada — including school president Prabhakar Bhat Kalladka, who is an RSS leader — were booked on charges of promoting enmity between communities for staging a play where the demolition of Babri Masjid was enacted.

A FIR was registered by Bantwal Town police under IPC section 295A on a complaint filed by Abubakkar Siddiq, a businessman allegedly associated with the hardline Popular Front of India (PFI). No arrests were carried out.

Ba-Bapu-Bagh: ‘Kasturba Gandhi a character deserving of her own biopic’