More than 20,000 employees, including linesmen and engineers, of the UT's power transmission and distribution corporations are on a strike since Saturday against the administration's decision to privatise assets and delay in payment of salaries. 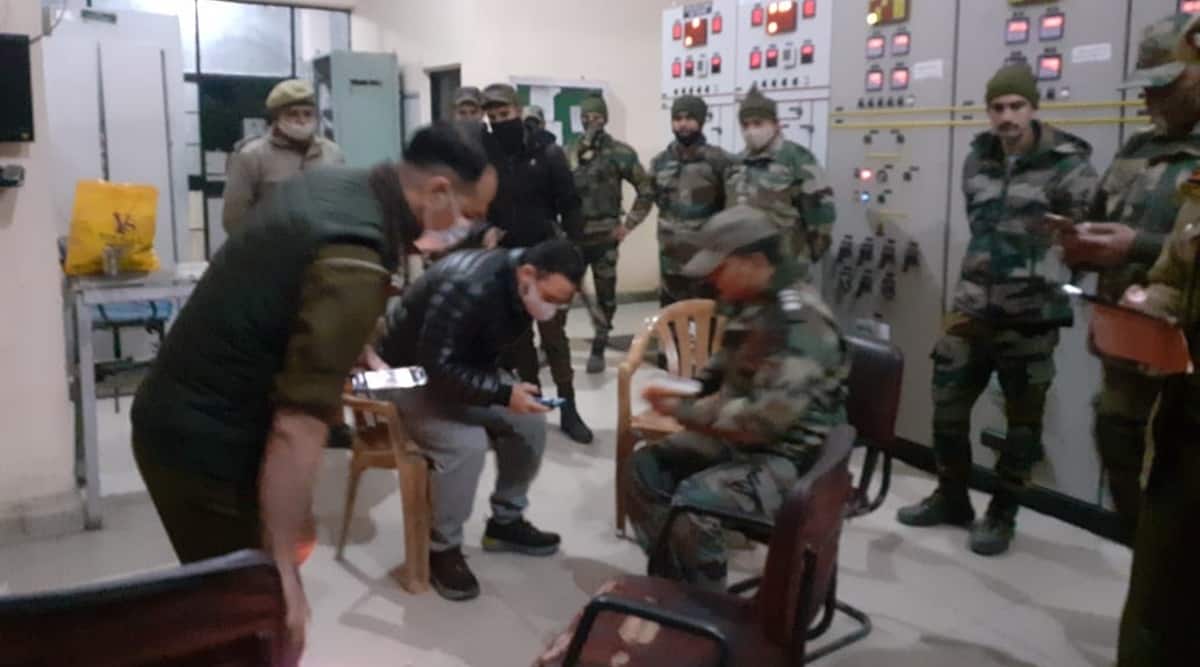 The Jammu and Kashmir administration sought the Army’s help on Sunday as a strike by employees of the power department affected essential services, including a hospital, and plunged large parts of the Union Territory into darkness amidst a harsh winter.

More than 20,000 employees, including linesmen and engineers, of the UT’s power transmission and distribution corporations are on a strike since Saturday against the administration’s decision to privatise assets and delay in payment of salaries.

With more than a third of Jammu division without electricity, Divisional Commissioner, Jammu, Dr Raghav Langer wrote a letter to the Ministry of Defence, the General Officers Commanding of 9 and 16 Corps, and sought personnel.

“We would like to hereby requisition the Indian Army to assist in the restoration of essential services by provisioning manpower to man critical electricity stations and water supply sources,’’ the letter reads.

In Jammu’s Udhampur district, the affected even the local government hospital. “We have nothing in hand… there is no one to attend to the faults snapping power supply to various areas,’’ Chief Engineer Ashwani Sachdeva told The Indian Express.

The situation was no different in Kashmir division as well, where outages were reported from many parts, including the summer capital Srinagar.

On December 4, the J&K administration announced a merger of the UT’s Power Transmission Corporation Limited (PTCL) and the Power Distribution Corporation Limited (PTDL) with the Power Grid Corporation of India, which the protesters see as “sale” of the UT’s assets. The two corporations came into existence after division of the J&K Power Development Department (JKPDD) in 2019, when the erstwhile J&K state was bifurcated into Union Territories of Ladakh, and Jammu and Kashmir.

Sources said the disruption in power supply is likely to continue as talks between the striking employees and the administration failed yet again on Sunday.

Managing Director of the Jammu Power Distribution Corporation Limited, Shiva Nand, said the government had agreed to put on hold the joint venture and “re-examine all the areas of concern raised by employees”. “But the employees have now come up with new demands like reverting back to previous system such as granting them salary from government treasuries, which was not possible in view of the unbundling of power sector reforms in the UT,” Nand added.

The protesting employees, however, want all demands met, with written assurances.

Jaipal Sharma, chairman of the Jammu and Kashmir Power Employees and Engineers Coordination Committee, which is spearheading the agitation, said: “The UT’s Finance Department can issue an order for payment of wages to us from the treasury, treating us as government employees on deputation to corporations. However, ever since the formation of corporations in 2019, we have not been paid even on festivals like Diwali, as the salary is paid to us out of the grant in aid to corporations.”