In Hyderabad, professor arrested on charges of kidnap, rape of foreign student 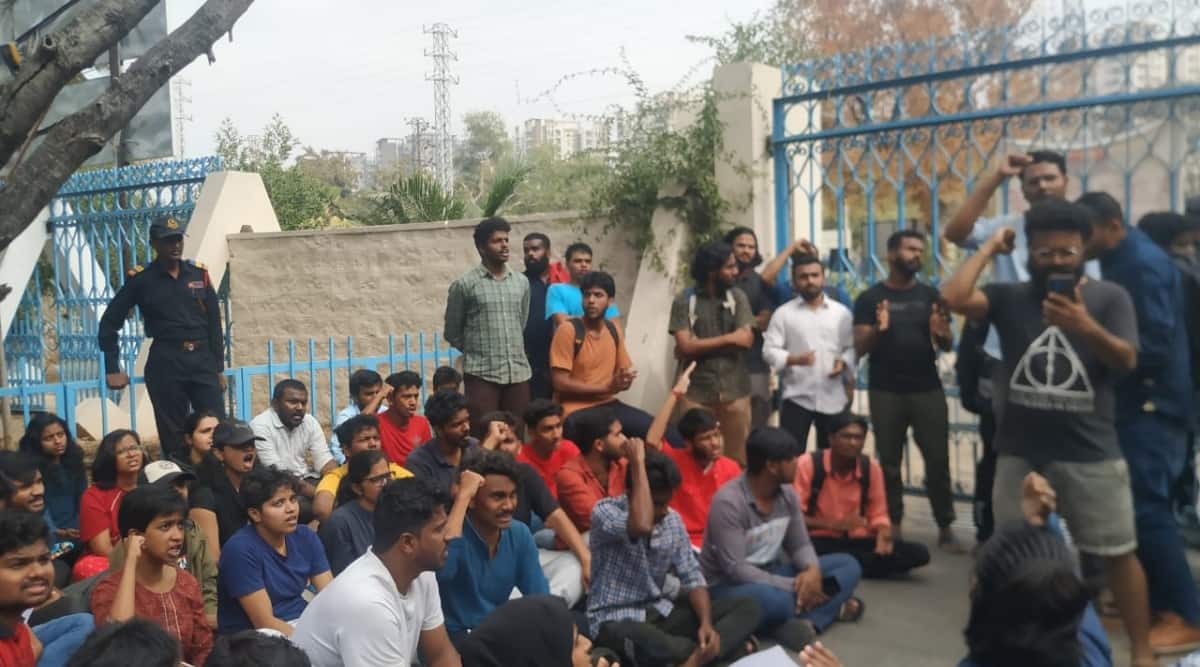 The students’ union of UoH has issued a statement condemning the incident, alleging she was sexually assaulted. (Express)

A senior professor at a university in Hyderabad was arrested by the Cyberabad police on charges of sexual harassment and outraging the modesty of a foreign student, the police confirmed Saturday, even as students gathered at the main gate to stage a protest, seeking the safety of girl students on campus. Later in the day, additional sections of kidnap and rape were added after a detailed examination of the survivor.

In a press statement issued on Saturday afternoon, the university condemned the incident and said that the professor “is placed under suspension with immediate effect”.

The foreign student, who spoke only in her native language, was allegedly invited to the residence of the professor in the vicinity of the university campus late Friday evening as the latter insisted on sharing a book. According to the complainant, he was alone at home, urged her to have alcohol and tried to take advantage of the situation. The student later lodged a complaint with the police with the help of another professor of the varsity, Deputy Commissioner of Police K Shilpavalli told indianexpress.com.

“He called her home on the pretext of giving her a book. He offered alcohol and she protested. There was no one else at home,” she said. “We are investigating. Unfortunately, she speaks only her native language,” the DCP added. Though an FIR was initially registered under section 354 (assault intending to outrage modesty of woman) of the Indian Penal Code, later in the evening the police added sections 354A (sexual harassment), 328 (causing hurt by means of intoxication, etc, with intent to commit offence), 366 (kidnapping), 376 (rape) read with section 511 (attempting to commit offences punishable with imprisonment).

“He is under arrest and is being sent to judicial remand,” the DCP said.

Meanwhile, the university students’ union has issued a statement condemning the incident. “We strongly condemn the apathy and deliberate incompetence of the administration in handling the issue,” it said.

Further, the union added, “Despite the severity of the issue, the registrar ignored all the calls and preferred to sleep peacefully at his home while the student community gathered in support of the student the entire night. There was a deliberate delay and passing around of responsibilities by the concerned authorities.”

Giving a protest call, the union asked students and faculty members (teaching and non-teaching) of the campus community to gather at the main gate at 10 am Saturday to hold the authorities concerned accountable and demand immediate justice from the university administration. “It is a crucial moment to come in solidarity to ensure safety for all the students of this campus,” the union added.

Why was Aboubakar yellow-carded and sent off after he scored goal against Brazil? What happens if you remove the jersey and go shirt-less in football?