The Court has given a period of nine months from today to get the order executed on the ground. 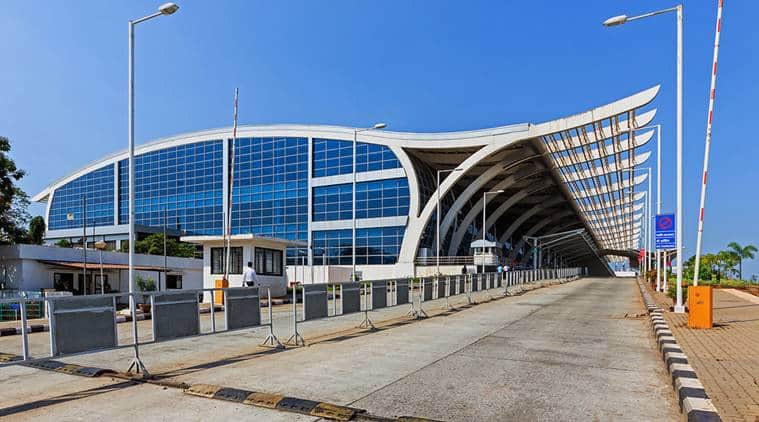 The Dabolim Airport is part of the naval airbase of INS Hansa and also doubles up as a civilian facility. (Source: Wikimedia Commons)

The Bombay High Court at Goa has directed the Commanding Officer of the Goa Airport to initiate action against “illegal buildings” around Dabolim Airport to ensure flying safety. The Court has given a period of nine months from today to get the order executed on the ground.

The High Court bench of Justices M S Sonak and M S Jawalkar directed the Flag Officer, Commanding, in charge of the Naval enclave including the airport, to immediately pursue action against the real estate which have cropped up around the Dabolim Airport, which pose danger to flights.

Pulling the local authority which regulates construction activity in the town, Mormugao Planning and Development Authority, the High Court order ruled, “From the record, we find that the MPDA has not only ignored with impunity several letters and communications addressed by the Flag Officer, Commanding in the context of unauthorized constructions mushrooming around the Dabolim Airport but further attempt was made by the MPDA to even overreach the action of the Central Authorities under the Aircraft Act, particularly in the context of 2015 Rules and the CCZM prepared thereunder by the Central Authorities.”

The court was hearing two petitions based on notices for stoppage issued by Naval authorities which were ignored by the state’s planning authorities. The court pulled the government and village panchayat over the inaction of eight letters written by the Indian Navy.

“Further, what is more disturbing is that one of the parties to these petitions Kamla Prasad Yadav (Builder) who is alleged to have undertaken the unauthorized construction in prima facie defiance of 2015 Rules and the CCZM prepared thereunder, in his capacity as the Deputy Sarpanch and Member of the MPDA, is also a party to the resolution dated 18th November, 2019. According to us, at least prima facie, this is a case of conflict between interest and duty,” the order reads.