Of the 24 ministers sworn-in at an elaborate event held at Raj Bhavan, 46 per cent of them are connected with some business or trading activity. 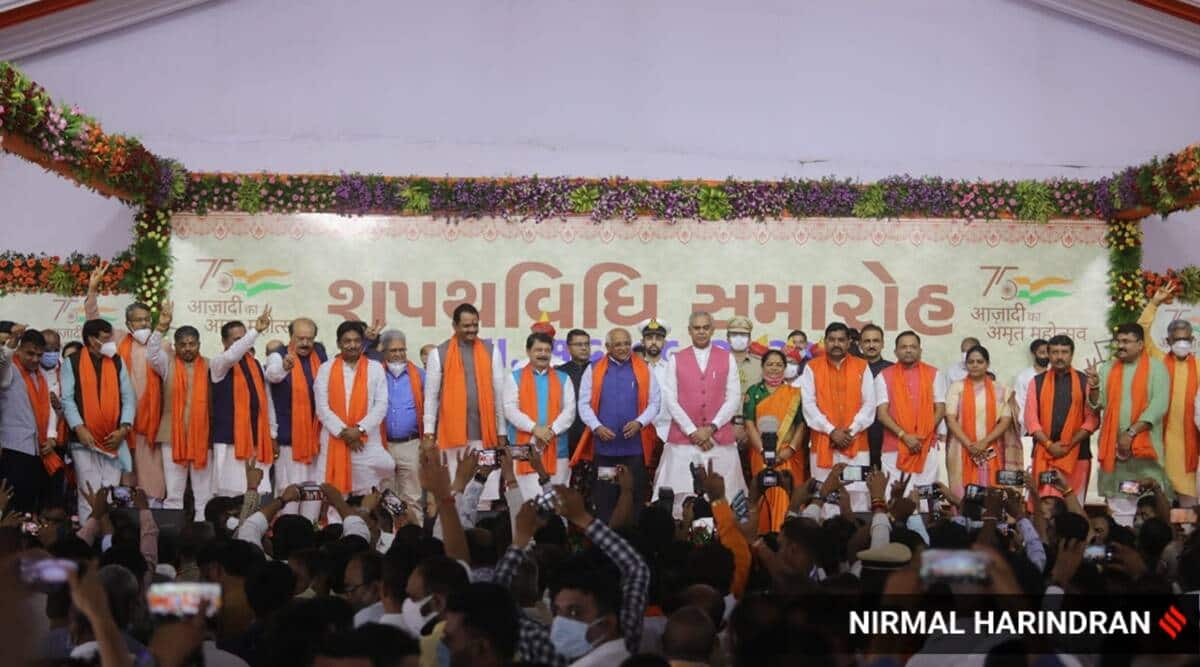 Co-owning a hotel, running a transport business, textile and diamond manufacturing and water supply are some of the occupations of the new council of ministers sworn in as part of the Bhupendra Patel-led government in Gujarat on Thursday. Some of the ministers have not cleared matriculation, but run successful businesses.

Of the 24 ministers sworn-in at an elaborate event held at Raj Bhavan, 46 per cent of them are connected with some business or trading activity.

While Chief Minister Bhupendra Patel runs a real estate firm called Vihaan Associates, at least three cabinet ministers are associated with the construction industry. Jitendra Vaghani (51), former BJP president of Gujarat who was the sworn-in as a Cabinet Minister handling Education, Science and Technology has stated in his affidavit filed for the 2017 Assembly elections that he is into the construction business and is also an LIC agent.
Agriculture is an additional source of income for Vaghani who is a law graduate.

The profile of Cabinet Minister for Health and Family welfare Rushikesh Patel (59) on the Gujarat Assembly website mentions that the MLA from Visnagar has a diploma in civil engineering and is into construction business. Pradip Parmar (57) the new social justice and empowerment minister from Aswara in Ahmedabad identifies himself as a “contractor” associated with the construction business. Parmar is education qualification is limited to 10th standard. His profile on the assembly website also identifies him as a water supplier and a petrol pump owner.

Another cabinet minister for forests and environment Kiritsinh Rana (57) stated that he has studied up to Class 10, but he jointly runs a hotel. An MLA from Limbdi in Surendranagar, his other source of income is agriculture.

Among the ministers holding independent charge, Harsh Sanghavi (36) from Majura in Surat who is MoS of Home and Police Housing among other portfolios, is a diamond jewellery manufacturer and owns Arushi Gems. His wife Prachi also runs a business of gems and jewellery. Sanghavi who will hold independent charge as minister for Sports, Prohibition and Border protection, has studied up to class 9 and states in his affidavit that both he and his wife earn from the diamond jewellery business.

Another minister sworn in with independent charge for cooperation, industries and climate change, Jagdish Vishwakarma (Panchal) (48) is into textile machinery manufacturing and is also a “developer”. He is an undergraduate who studied up to second year BA from Gujarat University. Another minister with independent charge for fisheries Jitu Chaudhary (57) has listed agriculture and trading as his main source of income.

Among other Ministers of State, Mukesh Patel (51) who represents the Olpad seat describes himself as a “contractor”. Patel is MoS for agriculture, energy and petrochemicals. Arvind Raiyani (44), a first-time MLA from Rajkot (east) seat is into business of manufacturing silver jewellery and agriculture. A Leuva Patel, Raiyani enjoys confidence of former CM Vijay Rupani and is MoS for Transport, Civil Aviation and Tourism. Similarly,
MoS Raghav Makwana (51) from Mahuva seat is into transport business and is the new MoS for Social Justice and Empowerment.