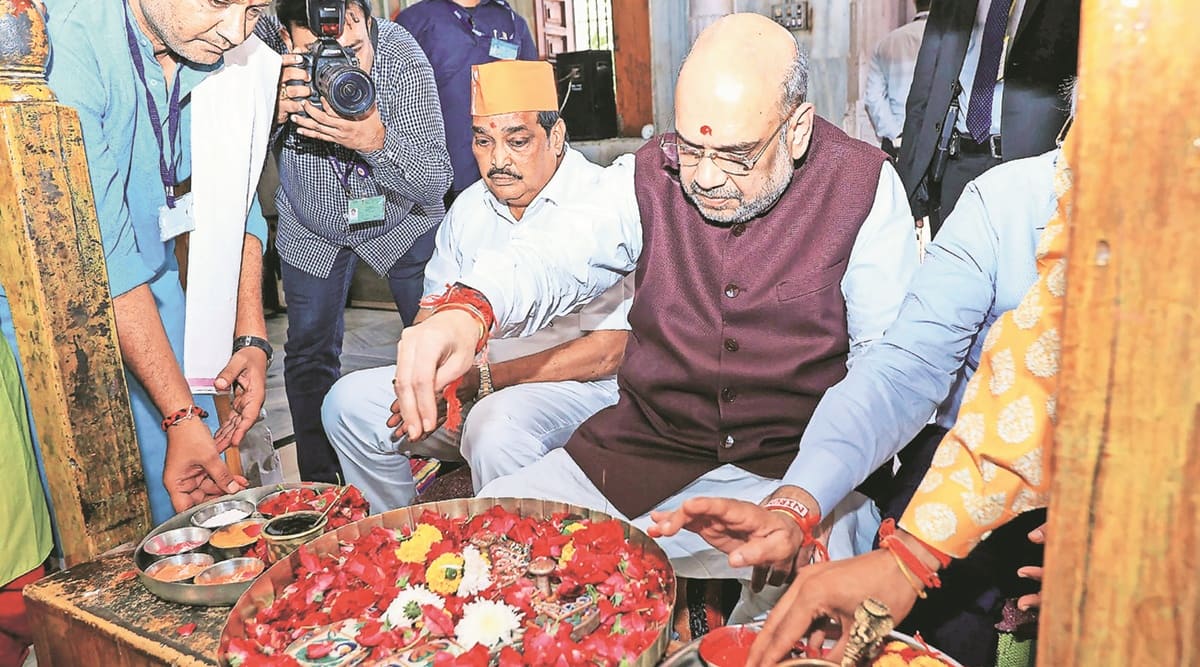 Union Home Minister Amit Shah Thursday expressed confidence that the ruling BJP will retain power in Gujarat by winning the upcoming Assembly elections with a two-thirds majority. He said the people of Gujarat have been trusting the BJP for a long time and the party has fulfilled their wishes.

Shah was addressing a public gathering at Sant Savaiyanath Dham, a popular religious place in Zanzaraka of Ahmedabad district, before launching the third leg of the Gujarat Gaurav Yatra. The yatra will conclude at Somnath temple in the Gir-Somnath district.

“BJP governments have done innumerable types of works. And therefore, in every election – whether it is corporation, district/taluka (panchayat), assembly or parliament… in each election, people of Gujarat have garlanded the BJP with a victory,” said Shah.

“Today, I am saying, in the presence of all these journalists, that a BJP government will come to power in 2022 with a two-thirds majority. It is because the people of Gujarat have put their trust in the BJP and the BJP has fulfilled it (their wishes) thoroughly,” he added.

The Union home minister also stated that under the leadership of PM Modi, pilgrim places of Gujarat like Ambaji and Somnath temples have been developed.

Attacking the Congress governments of the past in the state, he asked the audience if they got 24X7 electricity or Narmada water during those times. He also alleged that in the past, people used to see a curfew on 200 days (of the year). Under BJP governments, there is no sign of curfew in the state, he said.

Appealing to people to continue to repose their faith in the BJP, Shah asked them to be alert so that the Opposition Congress does not trick them.

Shah mentioned the abrogation of Article 370 and the construction of Ram Mandir in Ayodhya as among the big achievements of the BJP-led Centre. Shah alleged that it was owing to Jawaharlal Nehru’s mistake and Article 370 that Kashmir was not connected with the rest of India.

In his entire speech, Shah did not name the Aam Aadmi Party (AAP), which is aggressively targeting the BJP in its campaigning.

Shah said, “This yatra is to thank the people of Gujarat who have put their trust in the leadership of Narendra Modi, who got Gujarat to number one position in the entire country… It is a yatra to thank the voters who have never made BJP see a defeat in Gujarat since 1990.”