Vikaspuri murder: Dr Pankaj Narang was dragged out of home, beaten to death with bats

A Delhi court Friday sent the four juveniles to a correctional home, while the five other accused — Naseer, Maesar, Amir, Ameer and Gopal — were sent to Tihar jail. 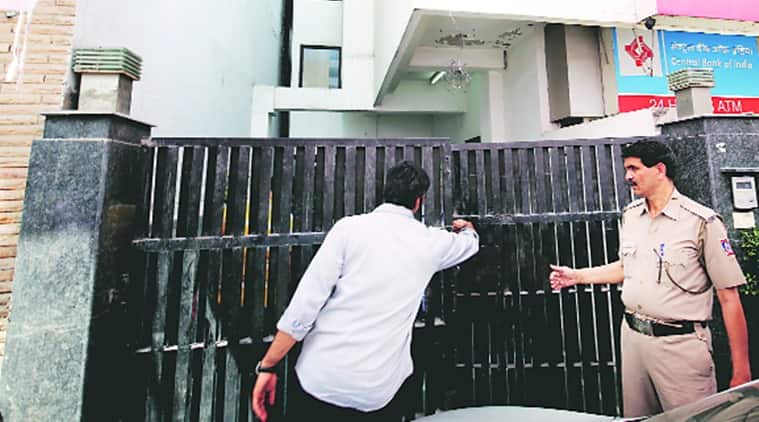 Pankaj Narang’s residence in Vikaspuri and (right) some of the men detained by police. Express photo by Praveen Khanna

Minutes before a group of men attacked him with sticks and cricket bats Wednesday night, Pankaj Narang was trying to call the police control room (PCR), but the phone line was engaged. He wanted to tell the police that he had had an argument with two men on a motorcycle, and one of them had threatened him of dire consequences.

Narang, a resident of Vikaspuri, then decided to go to the Janakpuri District Centre, where PCR vans are usually stationed. But there were no PCR vans there.

By the time police were finally called, at 12.45 am, it was too late. Narang had been brutally assaulted by a group of men in front of his family members and he succumbed to his injuries.

Narang’s cousin Dr Sanjeev Popli, a surgeon with a private hospital, told The Indian Express that he got to know about the incident from the dentist’s wife.

“We immediately rushed to the spot… he had multiple fractures in his skull, his eyes were swollen, he was bleeding from his nose. Before he could be shifted to the operation theatre, he suffered a cardiac attack,” he said.

“We came to know later that Narang had a heated argument with two men on a motorcycle and one of them had threatened him of dire consequences. After that, he started making calls to PCR, but their line was busy. He decided to approach the PCR van at Janakpuri District Centre, but there was no van there. By the time he came back home, the group of men had started pelting his house with stones.

They attacked him outside his house and dragged him for nearly 20 meters,” said Dr Popli.

Narang’s family members were scared that they will be targetted again, he said.

The victim’s family members told police that though local residents had come out on their balconies and terraces to see what was happening, none of them came forward to help.

“The victim’s wife and sister were crying and screaming for help… but none of their neighbours helped them,” said a senior police officer.

Before they were sent to Tihar Jail, the five accused, including Maesar and her two sons Naseer and Amir, met their family members in Vikaspuri police station.

They expressed regret about the incident, as police officials deployed for their security urged them not to cry.
Nine people have been detained over the incident and four of them are juveniles.

A Delhi court Friday sent the four juveniles to a correctional home, while the five other accused — Naseer, Maesar, Amir, Ameer and Gopal — were sent to Tihar jail.