In an interview with Sansad TV on 20 years of Narendra Modi being in power, Shah also hailed the PM as a “democratic leader” and said that even his critics would agree that the Union Cabinet has never functioned in such a democratic manner as it has during the current regime. 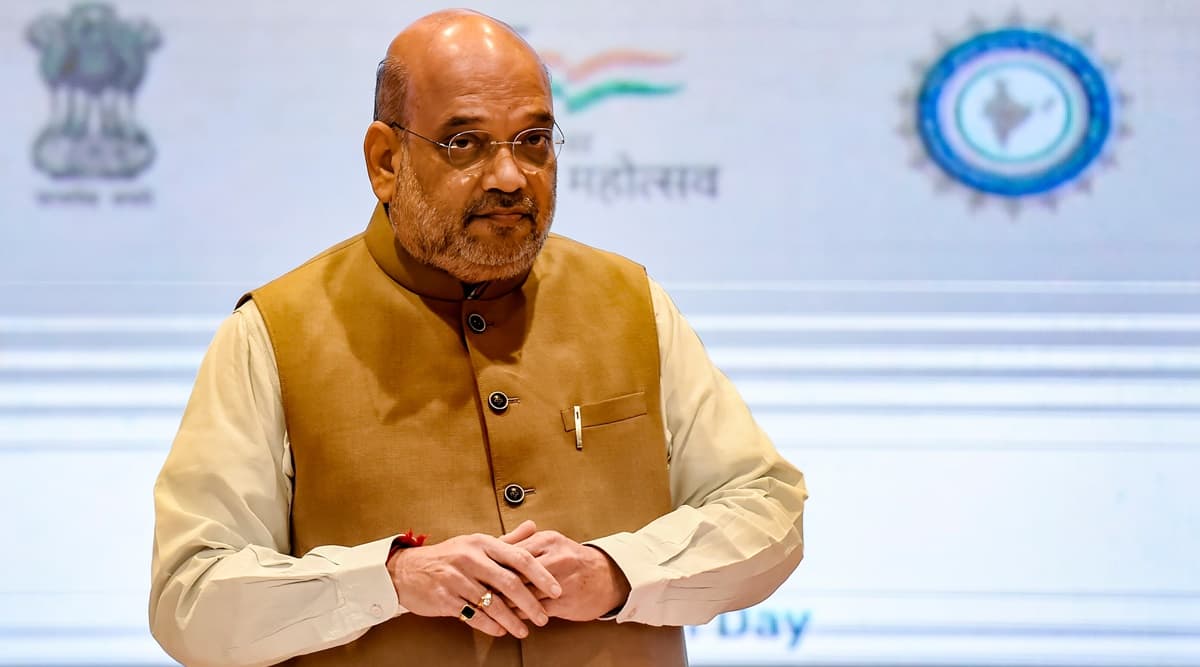 During the interview, Amit Shah also slammed the Opposition saying a few people believe that it was the right of their leadership to be in power. (File Photo/PTI)

Calling people who are not educated a “burden on the country”, Union Home Minister Amit Shah on Sunday said that “illiterate people could never become a good citizen of India”.

In an interview with Sansad TV on 20 years of Narendra Modi being in power, first as the chief minister of Gujarat and then as the Prime Minister of India, Shah spoke about how the current government has contributed towards increasing enrolment in schools

“When you evaluate this, you will know what could be its contribution towards a nation’s progress. Ek anpadh aadmi desh par kitna bada bojh banta hai. Na jo apne Samvidhan ke diye hue adhikaro ko jaanta hai, na smvidhan ne humse jo apeksha kari hai wo dayitva ko jaanta hai. Wo kaise ek achcha nagrik ban sakta hai? Iske andar amulchur parivartan hai. (An illiterate person is a burden on the country. He neither knows the rights given to him by the Constitution, nor knows the duties expected of him by it. How can such a person become a good citizen?)

He added, “At that time (when Narendra Modi became CM of Gujarat), the biggest problem was the dropout rate. He started an enrolment process as if it was a festival and took it to 100%. He formed a committee of parents. If a child did not come to school, it was pondered upon. Responsibility of teachers was fixed. The result was that the dropout rate dropped from 37% to less than 1 per cent.”

During the interview, Shah also hailed PM Narendra Modi as a “democratic leader” and said that even his critics would agree that the Union Cabinet has never functioned in such a democratic manner as it has during the current regime.

Refuting allegations that Modi is an autocratic leader, Shah said the Prime Minister gave importance to all worthy suggestions given by anyone irrespective of their designation or position in the hierarchy. He added that Modi never hesitated from taking political risks for decisions that are in national interest.

“I have closely seen both Modi and his style of working. I have never seen a patient listener like him. Whatever may be the issue, he listens to everyone and speaks least, and then takes a proper decision,” Shah said.

Shah further informed that as Modi insists on discipline, details of some meetings, which are required to be confidential as they are premature, do not come out in public. The Home Minister stressed that decisions in every meeting are taken only after collective consultation.

Shah added that Modi has always maintained that he is in power to change the country and not merely to run the government.

“Therefore, he does not hesitate taking harsh and risky decisions which may be against the party’s supporters but are in the interest of the nation and the people. When you crack down on black money, bring economic reforms, seal all loopholes of tax evasion, then some people suffer, including those who have voted for us for years. However, they understand that Modi is not going to get anything out of this and the move will eventually benefit the country,” the Union Home Minister said.

Slamming the Opposition parties, Shah said a few people believe that it was the right of their leadership to be in power. “Expose our failures to the people but don’t lower the political standards by resorting to personal attacks,” Shah added.

Films, people who made Amitabh Bachchan a superstar: The ‘angry young man’ who defined the 1970s