DUSIB strategy aims to accommodate all slum-dwellers with 1.5 lakh flats. 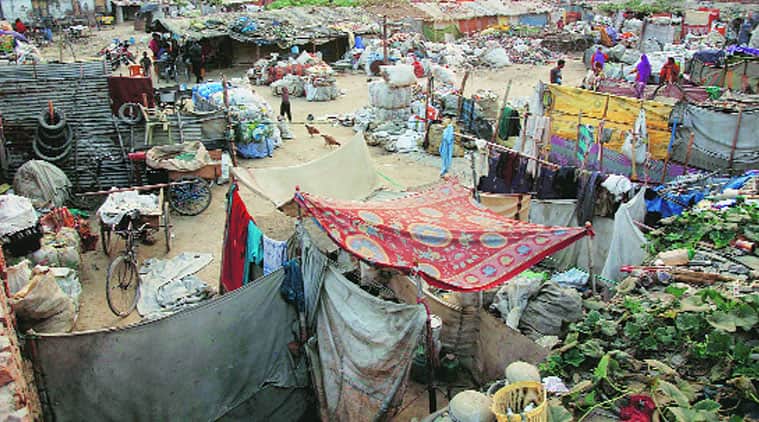 In its slum-free city action plan (SFCAP) submitted to the Delhi government, the Delhi Urban Shelter Improvement Board (DUSIB) has prepared a housing strategy that will accommodate all slum dwellers in Delhi and create an extra low-income housing stock of about 1,47,357 flats.

The plan, according to the DUSIB, will free up 197.23 hectares (about 500 acres) of land encroached upon by slums and is likely to fetch a price of Rs 14,526 crore. The execution of the plan could take six to seven years, the board said.

The DUSIB had been working on the plan for the last eight months. It was recently submitted to the Delhi government’s urban development department for approval.

Under its financing and implementation strategy, the DUSIB has stated the cost of housing requirement in Delhi. Its report states: “It is proposed to build a total of approximately 3.6 lakh dwelling units during the five years of implementation of RAY (centrally funded Rajiv Awas Yojana) in Delhi. The total projected cost for housing is Rs 37,235 crore, which is calculated without adding any price escalation. During the first year it is proposed to build 23,755 dwelling units at an estimated cost of Rs 2,494 crores.”

The report states that there are about 675 jhuggi-jhopri (JJ) clusters, which have about 3,06,602 slums, occupying about 700 hectares in Delhi. These JJ clusters are spread over land owned by multiple agencies including the Delhi government, the Municipal Corporations of Delhi, the NDMC and central government agencies including the railways, DDA and the Delhi Cantonment Board.

The present requirement of houses, the report stated, to rehabilitate all slum dwellers in Delhi is about 3 lakh. At present 57,404 houses in Delhi are under construction or completed under the JNNURM, 41,233 are proposed by DDA and 3,30,867 are planned under SFCAP for Delhi.

The SFCAP report claimed, “A total of about 4,53,952 houses will be available against the present requirement of 3,06,602 houses.”

The SFCAP survey agencies were selected a socio-economic survey from 2010-2013. Meetings with communities were held between January 2013 and September 2014. The agencies were asked to survey 622 slums. However, owing to resistance from locals, 33 clusters could not be surveyed. The survey indicated that the highest number of slums were in South Delhi.

CPM looks within: ‘ageing, not growing’