In a case that appears to share chilling similarities with the Shraddha Walkar murder, investigators say the body parts were kept in their fridge before being dumped in Pandav Nagar and Trilokpuri areas. 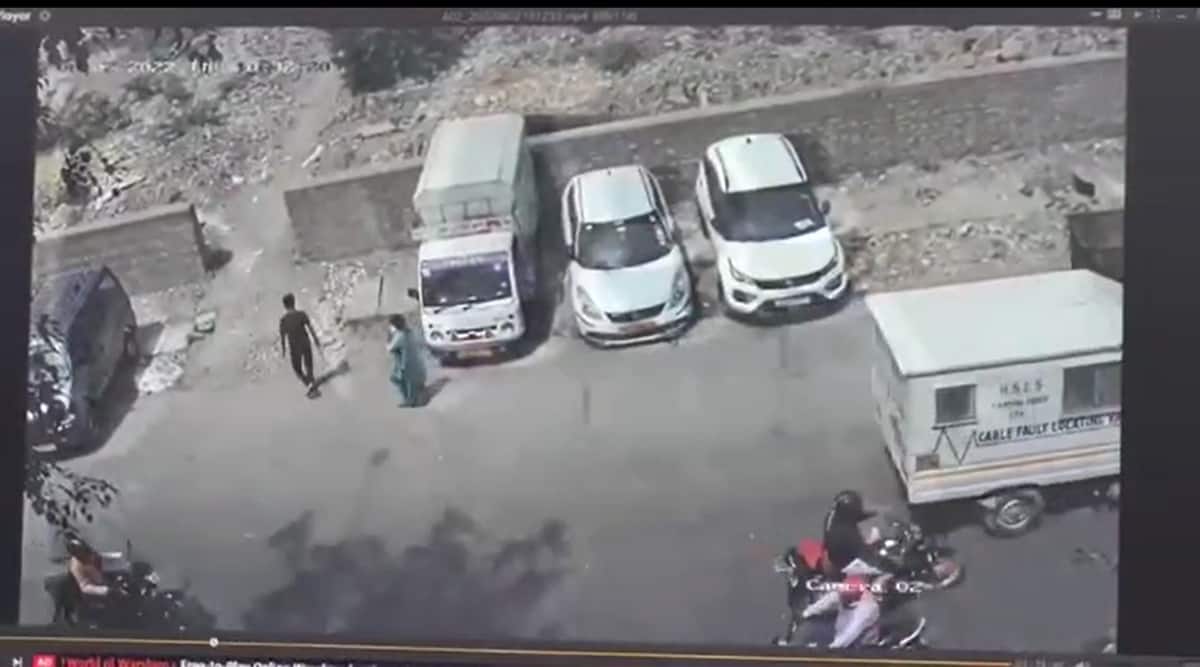 Poonam told police that Das had an illicit relationship and this was the reason behind the killing. (Image: Screengrab)

To ensure they could kill her husband easily, Poonam (48) and her son Deepak (25) allegedly used sleeping pills to sedate Anjan Das, and once he fell unconscious, slit his neck.

Then, they allegedly left the body for a whole day in their house so the blood could drain out. Next, they chopped the body into roughly 10 pieces and discarded those over the next few. The details were shared by the Delhi Police, soon after Poonam and Deepak were arrested for the murder, which they allegedly committed because Das did not earn and often fought with his family.

In a case that appears to share chilling similarities with the Shraddha Walkar murder, investigators say the body parts were kept in their fridge before being dumped in Pandav Nagar and Trilokpuri areas.

The incident is said to have taken place on May 30. Local police had found a severed head and some body parts near ground in Pandav Nagar, but the body couldn’t be identified at the time.

Speaking at a press conference Monday, DCP Goel said, “On June 5, some body parts were recovered in Ramlila Maidan in the East district. Over the next three days, two legs, two thighs, a skull and a forearm were recovered, and a case was filed. Efforts were then made to identify the body. It seemed like a gruesome murder. Our team checked CCTVs again and again. Door-to-door verification was conducted but nothing was found. However, the team continued to look. During the exercise, the team found that the deceased could be a man named Anjan Das.”

“Further investigation revealed that Das had been missing for the last five-six months and there was no missing complaint filed by the family. This created suspicion in our minds and Poonam and son Deepak were picked up. They confessed to his murder upon questioning. We also found footage of them walking towards different areas after the incident,” said Goel.

During the interrogation, Poonam said she was “fed up” with the deceased, who was her second husband.

Special Commissioner of Police (Crime) Ravindra Yadav said, “The accused revealed that she got married when was 13-14 years old. Her first husband left her and went to Delhi. She came here looking for him but then moved in with a man named Kallu. The couple have three children including Deepak. Kallu later died of liver failure. She then got married to Das in 2017. However, Das had not told her that he was previously married and has eight kids from his first marriage. Deepak, meanwhile, complained that Das had ill intentions towards his wife, while Poonam claims he was harassing her sister.”

“They also said he would take their money. They planned to kill Das and decided to do it in a way that there’s no evidence left,” said Yadav.

CCTV footage of the incident shows the accused walking towards a vacant ground with a bag, ostensibly containing body parts.

Police said they have also recovered the clothes worn by the accused at the time they were allegedly dumping the body along with the mobile phone of the deceased.

The accused have been arrested for alleged murder and hiding evidence. Das worked as a lift operator, police said.

The lane where they stay is congested, with several apartments and shops. As the news broke, locals gathered in the lane to see the house. The family lived on the first floor.

The incident comes almost a month after 27-year-old Walkar was allegedly killed by her live-in partner and her body was chopped into 35 pieces. Police had said Walkar’s body was also stored in the fridge and was disposed of over the next few months.