The division bench of Justice Vipin Sanghi and Justice Jasmeet Singh directed the Delhi Disaster Management Authority to visit the market and assess the situation, in the wake of rising Covid cases, and pass necessary directions. 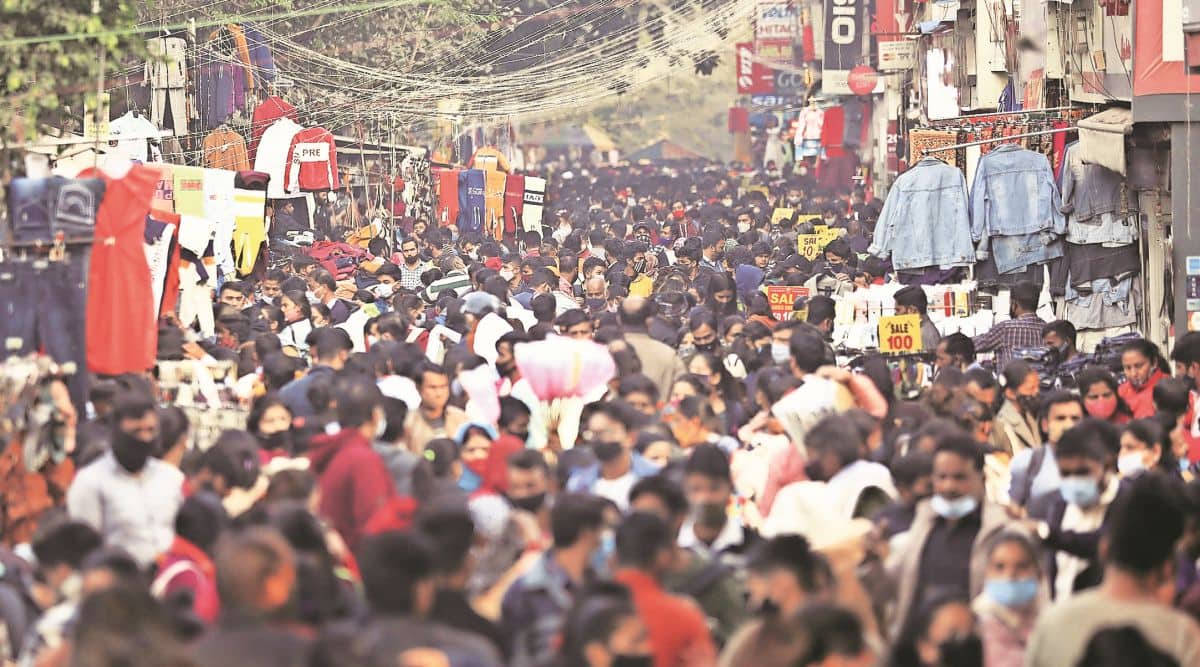 The Delhi High Court Friday said that the state of affairs in Delhi’s Sarojini Nagar market is frightening and rapped the New Delhi Municipal Council and Delhi Police for allowing illegal vendors to operate from there. The court also took note of videos showing a huge rush of shoppers at the market, saying that people are “flowing like a river” there, and summoned the Sarojini Nagar SHO to court during the day.

The division bench of Justice Vipin Sanghi and Justice Jasmeet Singh directed the Delhi Disaster Management Authority to visit the market and assess the situation, in the wake of rising Covid cases, and pass necessary directions.

It said that 80,000 people will go to a market there only when a large number of persons are selling goods there, and if their number is limited, then the number of visitors will also reduce. “If you (authorities) were to implement our orders, not permit squatters over there who are not having valid licences, there would be no such problem,” said the court, adding that there was complete dereliction of duty.

Observing that there could a stampede where hundreds of people may lose their lives, the court said that the market has already witnessed a bomb blast in the past. “Just think if a small bomb were to go off, how many people will die and also because of the stampede,” it added.

The court had in October said that not more than 3-4 informal vendors are to be permitted for every 10 shops in a market under the Master Plan, but the number of vendors in the market has exceeded the limit. “Since there are 200 shops in the Sarojini Nagar Market, 60-80 vendors may be permitted,” it had noted.

NDMC and Delhi Police were on September 13 directed by the court to ensure that illegal encroachments are cleared from the market and that they do not return. While the police and municipal body submitted that action was being taken, the court asked whether it should believe them or what it has been seeing on ground. The court also warned the local SHO that he will face suspension if there is non-compliance of court orders.

“If you think you can so brazenly violate the orders of the High Court, then we will tell you what we can do. If there is any loss of life because of Covid or stampede or any other incident in this market, you persons will be personally liable for that. Because we know when you want to do something, nothing can stop you from that. The State, municipality, the police, enough power is there with you to take action,” said the court.

The court asked authorities to install poles with chains and mark the ground in the market with white paint so as to specify the area within which shopkeepers and squatters have to carry out their activities. The court also said NDMC will ensure proper and effective fencing of the market is done.

It also directed Delhi Police to work out a movement plan for people who visit the market and said that authorities need to ensure that there is no overcrowding there. It also ordered that the goods seized from hawkers and vendors, who are found illegally operating from there, shall not be released to them without the court’s order.