Sunanda Pushkar death case: Shashi Tharoor was booked under sections of subjecting a woman to cruelty and abetment to suicide in the death of his wife Sunanda Pushkar. 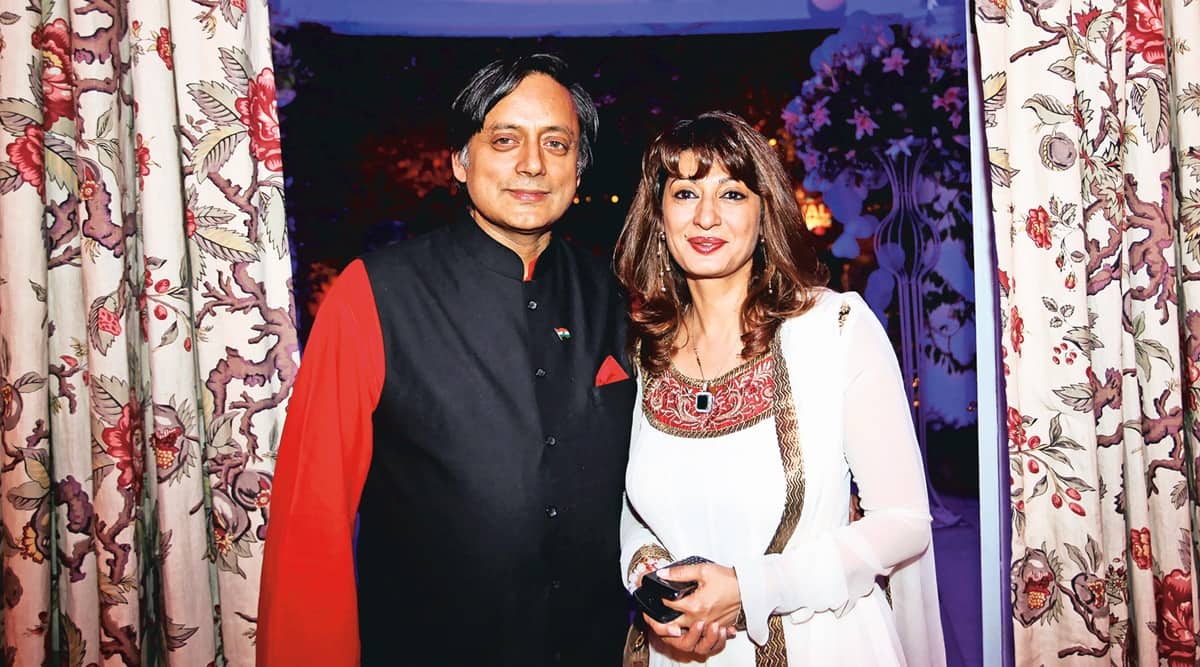 Sunanda Pushkar was found dead in a five-star hotel room in Delhi on January 17, 2014. Tharoor was booked under IPC sections 498-A (husband or his relative subjecting a woman to cruelty) and 306 (abetment of suicide).

OVER SEVEN years after his wife, Sunanda Pushkar, was found dead, a Delhi court on Wednesday discharged Congress MP Shashi Tharoor in a case of abetment to suicide and cruelty.

Special Judge Geetanjali Goel pronounced the order at a virtual hearing in which Tharoor was present. The detailed order is awaited.

Tharoor told the court that it was “seven-and-a-half years of absolute torture”. He later released a statement saying that his faith in the judiciary had been “vindicated” and his “long nightmare” was over.

“I have weathered dozens of unfounded accusations and media vilification patiently, sustained by my faith in the Indian judiciary, which today stands vindicated. In our justice system, the process is all too often the punishment. Nonetheless, the fact that justice has been done, at last, will allow all of us in the family to mourn Sunanda in peace,” he said.

“I would like to express my humble thanks to Judge Geetanjali Goel for her orders today, discharging me from the charges levied by the Delhi Police, which I have consistently described as preposterous. This brings a significant conclusion to the long nightmare which had enveloped me after the tragic passing of my late wife Sunanda,” he said. 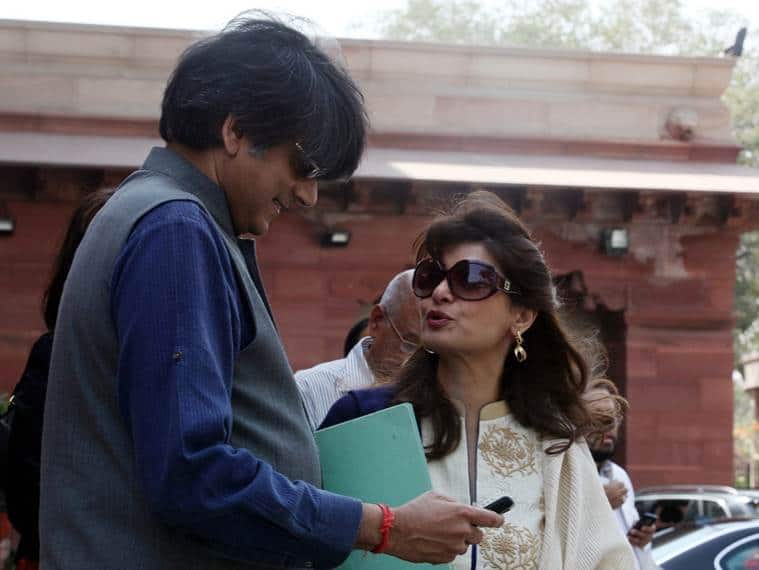 “Ultimately justice has prevailed… The charges levelled by the police were absurd and preposterous. Even the most essential ingredients of the offences were not present in this case. All the reports of various medical boards… exonerated him from the charges of homicide or suicide. The chargesheet was without any basis,” said Tharoor’s lawyer, Senior Advocate Vikas Pahwa.

Pushkar was found dead in a suite of a luxury hotel in Delhi on January 17, 2014. The Delhi Police initially registered an FIR against unknown persons on charges of murder, on January 1, 2015. Tharoor was later booked under IPC Sections 498A (husband or his relative subjecting a woman to cruelty) and 306 (abetment to suicide).

On August 31, 2019, the Delhi Police asked a Delhi court to prosecute Tharoor for abetment to suicide or “alternatively” frame murder charges against him.

The prosecution, spearheaded by Additional Public Prosecutor Atul Kumar Shrivastava, had submitted that while the post-mortem examination opined that the cause of death was poisoning, there were 15 ante-mortem injuries, between 12 hours and four days old, indicating a scuffle.

Rebutting this, Pahwa had said the cause of death was yet to be established, although the police had taken an “adventurous route” in its probe.

“There are rather reports which say it was neither homicide nor suicide. A psychological autopsy was conducted. They wanted to know the mental status of the victim. But, till date, they are not clear whether she committed suicide or it was a homicide,” he had said. 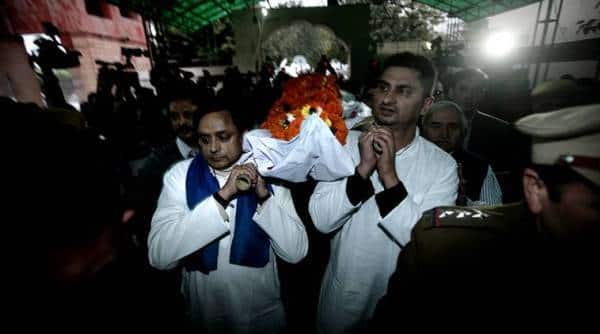 Shashi Tharoor at the funeral of his wife Sunanda Pushkar. (Express photo)

The prosecution had told the court that the special investigation team had to approach the FBI, and the CFSL report “was not right”.

In his response, Pahwa had said the prosecution had made “an irresponsible statement by claiming that the CFSL report was not right”. “None of the labs in India say that alprax was found. The FBI report stated that only traces were found because she was consuming one or two tablets… this theory is in the air. It is only a figment of imagination of the prosecutor,” he had said.

The prosecution had relied on a slew of Supreme Court rulings to argue that the concept of cruelty varies, and mental torture and abnormal behavior may also amount to cruelty.

Citing three medical reports, the prosecution had claimed that the “cause of death was… probably Alprazolam poisoning”. “The medical reports have opined that the poison was administered through the oral route, however, injectable route also cannot be ruled out,” Shrivastava had told the court.

The prosecution had also relied on the statement of a key witness, Narayan Singh, who was working as a domestic help with the couple at the time. According to Singh’s statement, the couple had big fights in the days before her death. The prosecution had cited statements of Pushkar’s friends and relatives, and her mail recovered from a hard disk, to point to her “mental status”.

Countering this, Tharoor’s lawyer had told the court that Pushkar’s tweets “clearly indicate that the deceased was not having any ‘suicidal ideations’ as is sought to be alleged by the prosecution”. He had urged the court to bring on record Pushkar’s tweets, a plea which was rejected.

“There are 10 witnesses whose statements are recorded, who are close friends, relatives or domestic helps, and none of them who closely know the family say even a word against the applicant (Tharoor), to show any allegation of cruelty or harassment,” he had said.