Since the farmers' protest started at Delhi’s borders, Manjinder Singh Sirsa had been speaking against the BJP for its stand on the issue. The DSGMC also ran a langar at the protest sites for almost a year. 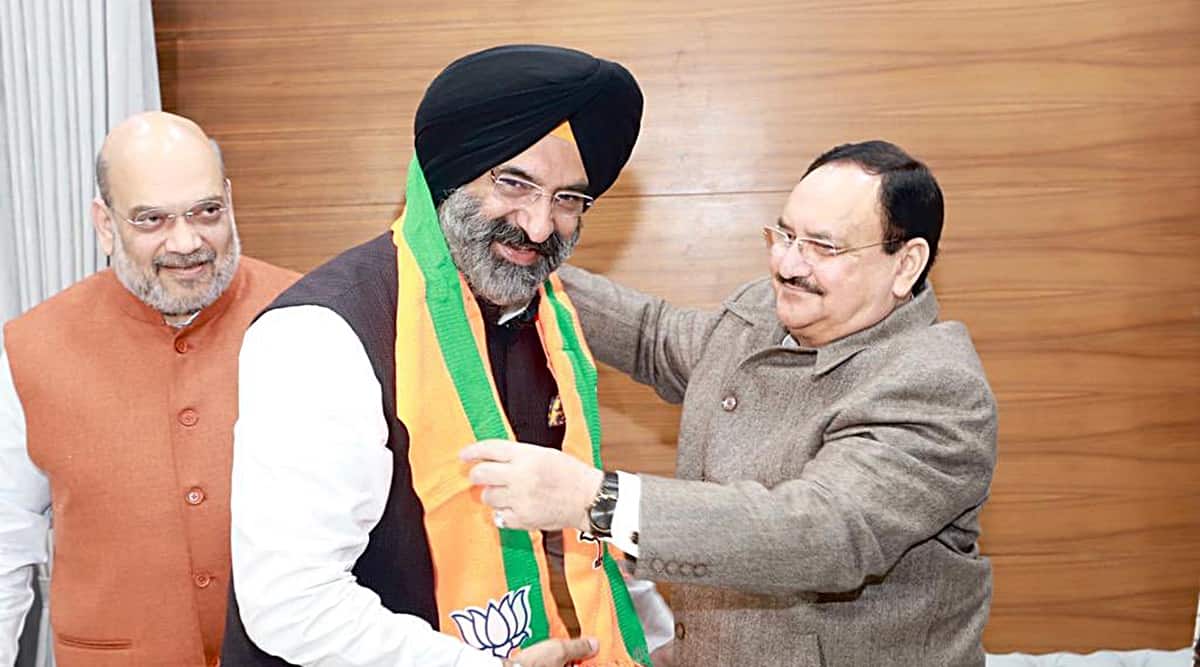 Shiromani Akali Dal (SAD) leader Manjinder Singh Sirsa on Wednesday joined the Bharatiya Janata Party on Wednesday — in a move perceived by several farm leaders as BJP’s attempt to reach out to Sikh voters ahead of the 2022 assembly elections.

Sirsa, the former Rajouri Garden MLA, also quit as president of the Delhi Sikh Gurdwara Management Committee earlier in the day. The DSGMC was among the outfits that supported the farm agitation and organised langar at the protest sites on the Capital’s borders.

A vocal critic of the BJP since the farm protests began, he said on Wednesday: “There are several issues affecting Sikhs across the country… I spoke to Amit Shah ji about several of these issues. I was very happy that he also made me speak to the Prime Minister (Narendra Modi) and they said they want to solve these issues.”

Shah said: “I am sure his joining the party will further strengthen this resolve,” he said.

Farm leaders said they were surprised by Sirsa’s “U-turn”.

“He used to claim to be a big supporter of farmers and now this U-turn shows as how people want to use the aandolan (movement),” said Buta Singh Burjgill, president of Bharatiya Kisan Union, Dakaunda.

The former MLA was also prominent face for SAD, which pulled out of the BJP-led National Democratic Alliance over the three contentious farm laws. The Akali Dal said in a statement that Sirsa had betrayed “Khalsa Panth”.

Negative RT-PCR report must for all domestic passengers arriving at Mumbai airport: BMC