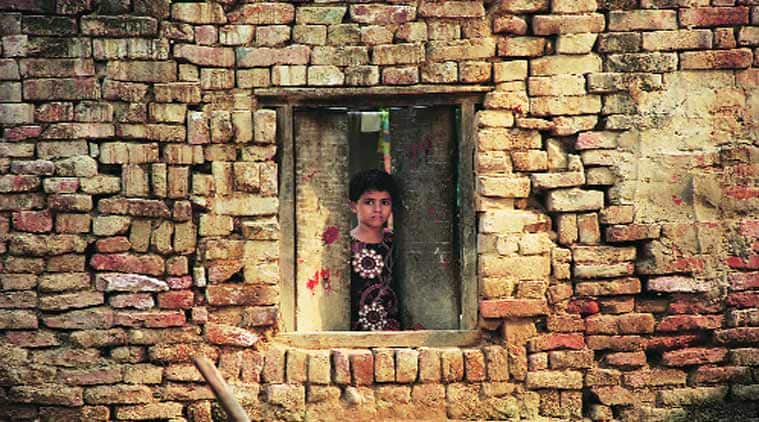 The riots broke out in September 2013. (Express Archive)

The Akhil Bharatiya Vidyarthi Parishad (ABVP), the students’ wing of the BJP, on Saturday disrupted the screening of a documentary on the 2013 Muzaffarnagar riots at Delhi University’s Kirori Mal College (KMC), allegedly for being “anti-Hindu”. Police were called in to control the situation.

“We have received no formal complaint, though the police were called by the college. A team comprising the college authorities and the film society of KMC will look into the matter on Monday,” DCP (North) Madhur Verma said.

The incident occurred at the screening of Muzaffarnagar Baaqi Hai, a film directed by Nakul Singh Sawhney, an FTII graduate. While the organisers claimed they were roughed up by ABVP members, the latter said they intervened at the behest of students who had objections to the “anti-religious” tone and tenor of the film.

Sandesh Kirad, a second-year student of Political Science who complained to DUSU, said he found the film objectionable because it blamed Prime Minister Narendra Modi and the Jat community for the violence.

“I am a Jat and a supporter of Modi and I was offended by how the film blamed them for the violence… I felt this would leave a wrong impact on the minds of students,” he said.

Trouble began an hour into the screening. “The screening began at around 2 pm. Within an hour, four-five boys arrived and started screaming that the film was anti-Hindu and anti-nationalist. We told them that if they had objections, they could voice it at the end of the screening, but the situation escalated quickly,” said Dhananjay Kapse, an English teacher and convenor of the Montage Film Society, which organised the screening.

According to those present, a group of 15-20 boys from DUSU — which is led by the ABVP — then entered the seminar hall and said the screening could not continue because it hurt their “religious sentiments”.

“The organisers, senior teachers and I tried to reason with them, but they were abusing and pushing us. One of them even threatened Keval Arora, a senior teacher, saying ‘main tujhe thapad maar dunga (I will slap you)’. This, despite the fact that when we asked students if we should continue the screening, all hands went up in affirmation,” said Sawhney.

DUSU president Mohit Nagar said he intervened only to stop the college atmosphere from being vitiated after he got a call from some students.

“We intervened only to control the situation as some people wanted the screening to continue, whereas others wanted it to stop. Hum nahi chahte the ki mahaul kharab ho,” he said.

Students in the audience, however, said they found nothing wrong in the film.

“There were interviews and voices of others, no personal opinion of the director. Even if a section did have issues, this was not the way to react by indulging in rowdy behaviour,” said a first-year student of BCom Programme.

KMC acting principal Dinesh Khattar said, “I wasn’t in the college but as soon as I got to know from my colleagues about the disruption, I told them to stop the screening. We will sit down with the teachers and DUSU office-bearers on Monday and decide if the film should be re-screened,” he said.

Unable to pay loan, farmer kills self in Chhattisgarh