Earlier this month, NHRC stepped in to question authorities over the rehabilitation of the 59 families, evicted for expansion of the international airport. 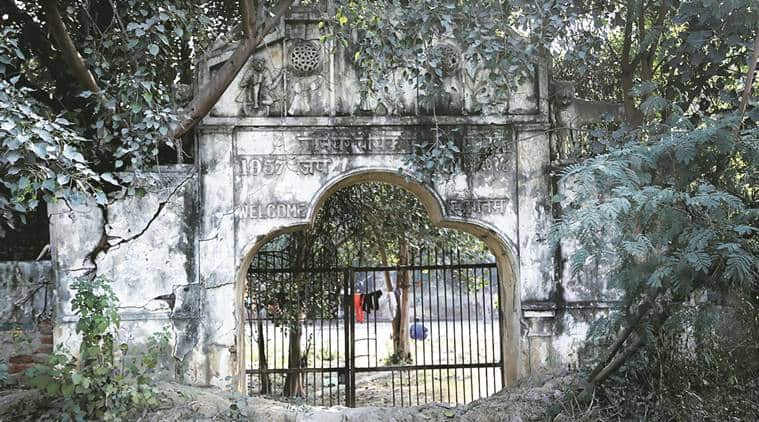 At Nangal Devat village, where the families used to live before they gave up their land. Source: Abhinav Saha

Standing atop the roof of a temple, Satya Prakash, 49, pointed at the four-lane road leading up to Indira Gandhi International Airport’s Terminal 3. “This road used to be a part of our village. There were houses stretching beyond the road,” he said. “It’s great we built a world-class airport, that our country is progressing, but those who made way for that development should not be left with no place to live.”

Prakash is from one of 59 Dalit families that have been protesting outside the Airports Authority of India (AAI) office at Jor Bagh for almost two months, demanding the allotment of land they say they were promised in lieu of vacating their homes in Nangal Dewat village near T-3 in 2007.

Earlier this month, the National Human Rights Commission (NHRC) stepped in to question authorities over the rehabilitation of the 59 families, evicted for expansion of the international airport. The NHRC said that reports about the people were “painful and indicative of grave violation of human rights of the aggrieved families”.

Also at the protest site is Kamla, 60, who uses a protest placard to shield her eyes from the sun. “There is no one to listen to us. Nobody cares. All the families who were not given land in return for what they gave up are Dalits. Others, mostly Jats, have got accommodation in Vasant Kunj. We live in rented homes wherever we can afford,” she said. However, some Dalit families did receive alternative accommodation in Vasant Kunj in lieu of the land they gave up.

Lalita, 42, who lives in a rented home in Dharampura in Najafgarh, said the rooms are so tiny that she feels embarrassed. Sukhpal, 58, a security guard, said he had changed seven to eight homes since 2007, waiting to get his rightful land. “Whenever the landlords increase rent, we’d have to vacate. This was our ancestral village and we had a spacious house for our joint families. The accommodation we seek is our right.”