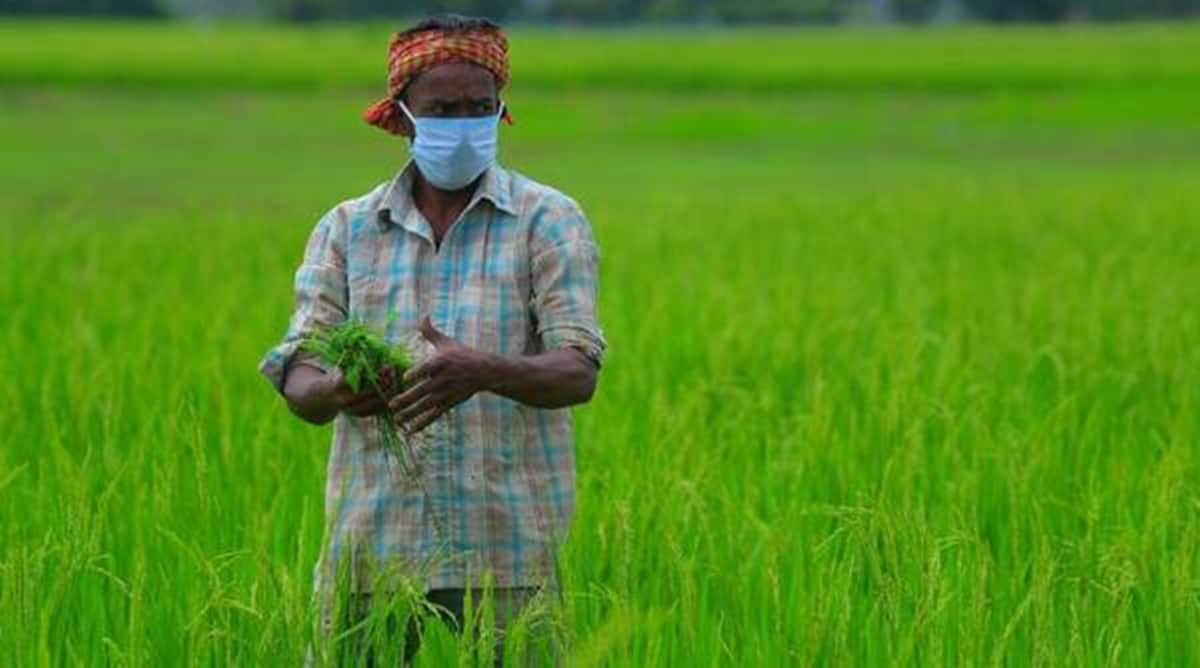 Highlighting that the members of farm families are unwilling to work at NREGA sites due to “stigma”, Chand stressed on the need for creating “respectable job” for agricultural households having land between 100 square metre to 4,000 square metre and 1 to 2.5 acre. (Representative)

Delivering a lecture, organised by the Indian Council for Agricultural Research (ICAR) as part of its ‘Azadi ka Amrut Mahotsav ICAR Lecture Series’, Chand also raised “serious” issues about the definition of farm households followed in the ‘Situation Assessment of Agricultural Households and Land Holdings of Households in Rural India, 2019’, conducted by the National Statistical Office (NSO) and released the Ministry of Programme Implementation and Statistics earlier this month.

“So, you see these two categories, which I have marked with red, their income is lower than what is the income of a landless labourer. So, I just tried to write something with my sympathy, with my empathy with these two farm size classes that those who cling to tiny holdings they are even less than landless people,” Chand said delivering the lecture through video conference on the subject– ‘Agriculture in post-independent India: Looking back and looking ahead’.

Highlighting that the members of farm families are unwilling to work at NREGA sites due to “stigma”, Chand stressed on the need for creating “respectable job” for agricultural households having land between 100 square metre to 4,000 square metre and 1 to 2.5 acre.

“We know that social system is such, social stigma is such, that we may tell why not they go for the NREGA but because of social stigma and so many reasons, it is not easy for someone who comes from a farming family since generation, that he goes to that NREGA. Yes, some people are going out of serious compulsion,” Chand said.

“Even in my village I have seen some women from farm families, they are going for it out of a great compulsion but we need to think of respectable jobs particularly for these two categories. This is very, very important,” he added.

In reply to a query about the upcoming reforms in agriculture, Chand said, “As far as reform path for next 10 years is concerned, yes there is disagreement but three new farm laws–they were the beginning of the reforms… We had a very big plan. We thought 2020 is a 1966 moment and we thought of converting this challenge into opportunity. But as you are seeing, the fate of these three farm laws hang in.”

“Yes, there could be some shortcomings in those three farm laws but if we have to move forward, we need to sit and point out these deficiencies which need to be addressed, which the government is prepared to address. So, I will say that the reform agenda was to begin with that… if these reforms as such are in a modified ways were adopted you will see wonderful results,” Chand said referring to the three farm laws –– Farmers Produce Trade and Commerce (Promotion and Facilitation) Act, 2020; Farmers (Empowerment and Protection) Agreement on Price Assurance and Farm Services Act, 2020; and Essential Commodities (Amendment) Act, 2020 – against which farmers, mainly from Punjab and Haryana, are protesting since November 26 last year at the borders of Delhi.

With state support, idea of FRP payment in installments gains traction, but farmers oppose it