All 67 MLAs ready to work from Tihar: Arvind Kejriwal 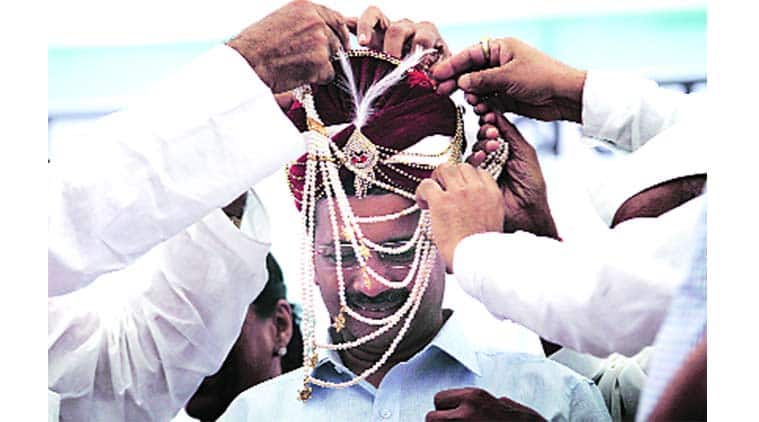 Kejriwal in Burari, where he laid the foundation stone for a new hospital. (Praveen Khanna)

Chief Minister Arvind Kejriwal continued his attack on Prime Minister Narendra Modi on Sunday, saying it was Modi’s dharam to create obstacles in the way of the Delhi government.

He said that all 67 AAP MLAs were ready to work from Tihar Jail if the BJP-led Centre continued to use the Delhi Police to chase his MLAs instead of protecting the people.

Kejriwal was addressing a crowd in Burari, where he had gone to inaugurate the expansion project of a Delhi government hospital.

Kejriwal said the Modi-led Centre had taken over its Anti-Corruption Branch (ACB) and engaged the entire police force in Delhi in going after AAP MLAs.

The CM further said the BJP, which won just three of the 70 Assembly seats, is determined to avenge its defeat and is constantly thinking of ways to obstruct the AAP government’s work.

“Every month, they arrest one of our MLAs. In six months they have arrested three. We have 67 MLAs. At this rate, all (of them) won’t be arrested even in 10 years. So I said that you (BJP) will have to increase your speed. The entire Delhi Police force has been engaged in arresting our MLAs. They have no time for women’s safety. They have no time for your (people) security… So I said all 67 of us will go to Tihar Jail. Why are you (BJP) getting upset over us? We’ll all go to the police and surrender. You can arrest all of us. We will work from Tihar,” he said.

He also said the AAP government had taken strict measures to crack down on corruption but the BJP was trying to bring its efforts to naught by taking charge of the ACB.

“In the first three months, we arrested more than 50 officers for accepting bribes. It shook up everyone from the top to the bottom. People knew they will be caught if they accept money. But since Modi took over the ACB two months ago, not a single officer has been arrested,”
Kejriwal said.

Burari hospital to have 800 beds: Govt

Delhi Health minister Satyendar Jain said the Delhi government will add 10,000 beds to hospitals across the capital in less than three years. He also said the government has decided to expand the 200-bed hospital in Burari, that was built at a cost of Rs 180 crore, to an 800-bed hospital at an additional cost of Rs 90 crore.

The new hospital will be a super-specialty one and is expected to be completed by the end of 2016. But it will be partially operational in around six to eight months.

In addition, Jain said, the government will create 20 mohalla clinics in Burari so that people have access to healthcare close to their homes.
In his address to residents, Chief Minister Arvind Kejriwal said, “You name the spot and we will make a mohalla clinic there.”