Murder of Army Major's wife: Police further claimed that Handa, during questioning, said she ran out of his car and he allegedly ran over her thrice to make it look like an accident. 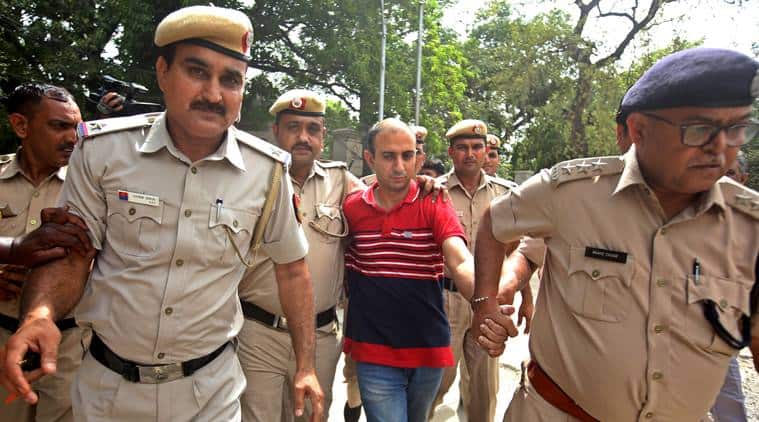 Investigation into the murder of Army Major Amit Dwivedi’s wife Shailza Dwivedi (35) has revealed that the accused Army officer, Major Nikhil Rai Handa (40), had allegedly made a fake profile on a social networking site to befriend women, and it was through this account that he met Shailza in 2015, when he was posted in Srinagar, police have claimed.

During questioning, police scanned two phones belonging to the accused and found that he has two separate accounts on a social networking site — a “real” one where he mentions he is an Army officer, and a “fake” one where he claims to be a Delhi-based businessman, police sources claimed.

“Police found that he was using the fake account to speak with other women as well. After scanning his call detail records, police found that apart from Shailza, he was in constant touch with three other Delhi-based women, who have now been approached by police to record their statements,” a source claimed.

Police sources claimed he started chatting with Shailza in 2015 and disclosed his real identity six months on, after they decided to meet. “He was then transferred to Meerut, while his family lives in Saket. But he requested for a transfer to Nagaland’s Dimapur, where he started meeting her frequently. She then introduced him to her husband Amit, and invited him to a house party,” the source claimed.

Read | Major held for murder of colleague’s wife: Fled to Meerut as he wanted Army to probe case, say police

According to police, as his conduct became more intrusive, Shailza threatened to file a complaint against him with senior Army officials and asked him to stay away. “He told investigators that two weeks ago, she said she would ensure his court martial. So he called her for a meeting on Saturday to Army Base Hospital, where his son is also admitted,” a senior police officer said, adding that an argument ensued in his car during which he allegedly slit her throat.

Police further claimed that Handa, during questioning, said she ran out of his car and he allegedly ran over her thrice to make it look like an accident. “He then picked up his sister-in-law from the hospital and dropped her at Saket. He returned to the same stretch thrice but went to the hospital after noticing police personnel. At the hospital, he was seen by Amit, who tried to stop him but he managed to escape. Amit then called to ask him why he was there, and Handa told him it was for his son’s treatment,” an officer claimed.

As the accused headed towards his home in Saket, police were approached by Amit who came to Naraina police station to lodge a missing person complaint. “He was shown crime scene photos and identified his wife. He told police about seeing Handa in the hospital. As police approached Handa’s parents to ask about his location, he escaped to Meerut and switched off his phone,” the official claimed.