Fire breaks out at sugar mill in Meerut, one dead

Visuals from the site appear to show considerable damage to the interior of the mill, which the Uttar Pradesh Fire Services said was worst near the turbine in question. 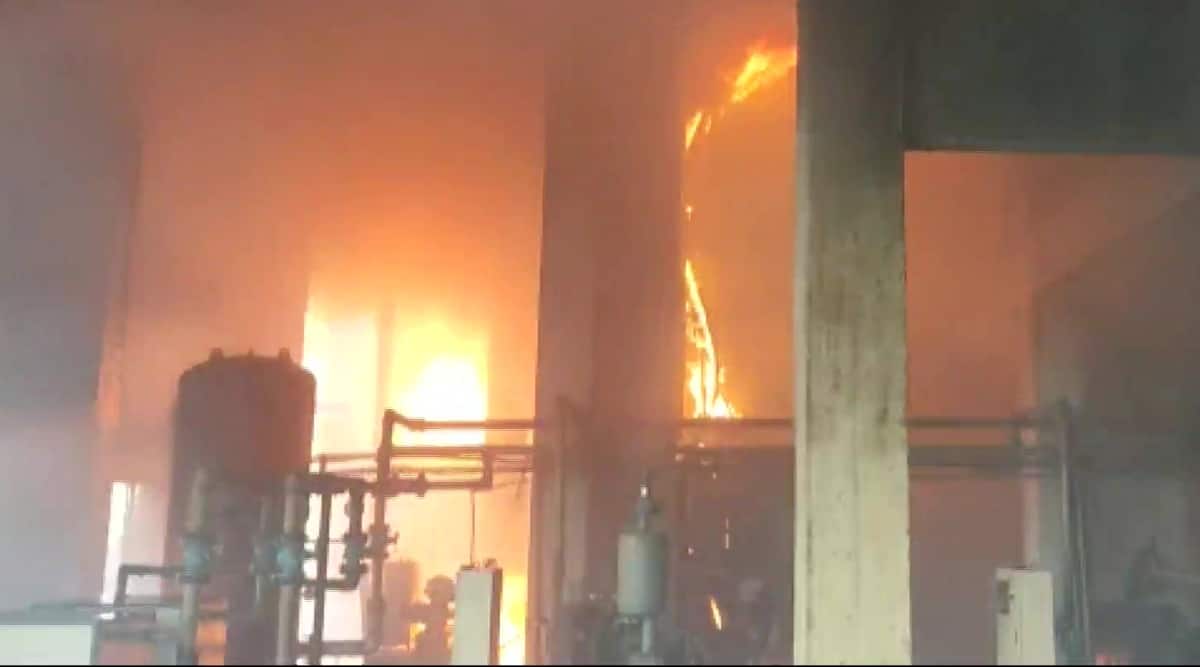 While dense smoke had engulfed the building owing to the intensity of the fire, the UPFS managed to bring it under control and completely extinguish it by evening. (Photo: ANI/ Twitter)

A major fire broke out in a sugar mill in Meerut’s Mohiuddinpur on Saturday afternoon, leaving one person dead. The deceased man was identified as the chief engineer of the mill, Narendra Khushwaha, who died of his injuries after falling or jumping from a height at the mill in an apparent bid to escape.

According to Uttar Pradesh Fire Services (UPFS) personnel familiar with the matter, information had been received about the fire at about 2 pm, after which six fire tenders had been dispatched to contain the blaze. The fire seems to have started in one of the turbines in the mill. Visuals from the site appear to show considerable damage to the interior of the mill, which the UPFS said was worst near the turbine in question.

The UPFS said that Khushwaha had sustained his injuries and had been taken for treatment before they arrived. While dense smoke had engulfed the building owing to the intensity of the fire, the UPFS managed to bring it under control and completely extinguish it by evening. Senior police officers were also present at the spot, along with Meerut District Magistrate Deepak Meena.

Speaking to ANI, the DM said, “One person lost his life in the fire incident at the sugar mill in Mohiuddinpur. The team seeing the operation and maintenance of this mill is coming here from Karnal. By evening, we will know if maintenance work of the sugar mill can be done or not.”

Subscriber Only Stories
View All
A selection of late artist Akbar Padamsee’s works, made between 2014-2015...
When Jagdeep Dhankhar presides over a House
How Microsoft’s OpenAI-powered Bing could change the way world sear...
Reading RBI’s policy review
Buy 2-year plan with SD20 code for special price
Delhi News
More from Delhi

The Uttar Pradesh Government also issued a statement saying, “Chief Minister Yogi Adityanath has expressed deep sorrow over the death of an officer due to fire in Mohiuddinpur Sugar Mill in Meerut. Wishing peace to the departed soul, the Chief Minister has expressed condolences to the bereaved family members. The Additional Chief Secretary (Sugar) has been instructed to immediately go to the spot and investigate the cause of the fire.”

Germany face ‘final’ against Spain, out to protect reputation-Flick