While the AAP said that the people care mainly about issues in their locality, the BJP has been bringing up the purported videos of Satyendar Jain in a bid to dent the AAP’s corruption-free image 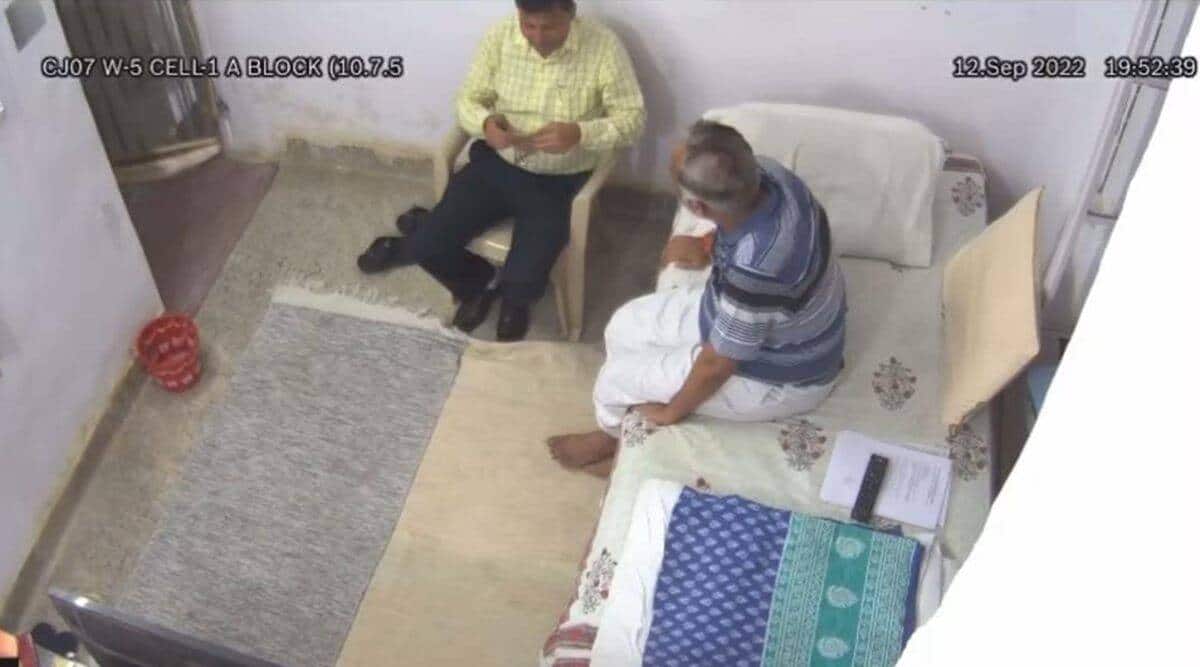 As more purported videos of Aam Aadmi Party (AAP) leader Satyendar Jain in Tihar jail were released on social media in the run-up to the elections in the Municipal Corporation of Delhi (MCD), senior party leaders said Sunday that the continuing leaks would have no impact on voters in the city. The latest clips to emerge purportedly show Jain interacting with two men in jail, and two other men cleaning what is allegedly the minister’s cell.

The BJP, meanwhile, has kept its focus on the issue in an effort to dent the corruption-free image that the AAP has created.

Over the past few days, several videos of Jain have been released on social media, including a video of him getting a massage and eating. Senior BJP leaders working for the MCD elections as well as the party’s national spokespersons have tried to highlight the issue on social media and in public meetings.

A senior BJP leader said, “The party’s focus will remain on Jain ahead of the polls. We want to show everyone how the party that came to power in the name of anti-corruption is now steeped in it. These videos expose them. This is an election in Delhi and not in the country. It is not even an Assembly election, so there is no point raising issues of national importance here. We just want to tell the people that the AAP has defrauded you.”

In his address at a public meeting last week, BJP national president J P Nadda too brought up the issue of Jain allegedly getting a massage in jail.

The AAP, on the other hand, said their focus will be on the failure of the ruling BJP to deliver on a single promise it made in 2017. “They will keep coming out with these videos till the last day of the election. It does not matter because people do not care about these things. People care about work not being done, their neighbourhoods being dirty, and the roads being broken. As for the videos, we will fight this in a court of law. We will follow the procedure. They come out with doctored videos, but even that is not going to help them. People care about issues that matter to them and not a video of a man eating inside his jail cell,” said a senior AAP leader.

The MCD elections in Delhi will be held on December 4, while the results will be out on December 7.