Lynching leaves Singhu on edge: ‘There was commotion… then we saw the body’

Farmers said the victim, Lakhbir Singh, came to the protest site “three-four days ago” and had told people he was here “for sewa”. 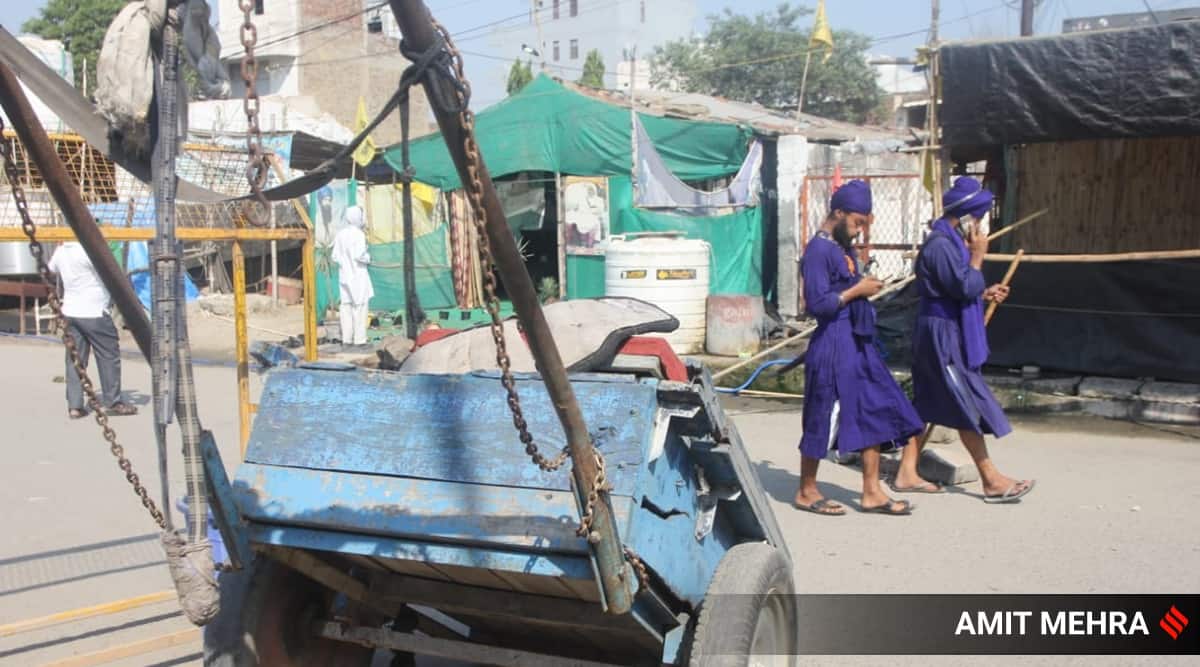 The early morning lynching of a man at Singhu border put the protest site on edge, with people spending the day piecing together what had led to the brutal murder.

When The Indian Express visited on Friday, a large number of people had gathered outside Gurdwara Moyan di Mandi, situated roughly 100 metres from the main stage towards Sonepat. Several farmers sat on cots and chairs discussing what had transpired, as police teams investigated the scene of the crime.

Farmers said the victim, Lakhbir Singh, came to the protest site “three-four days ago” and had told people he was here “for sewa”.

“He would sleep near the main stage and, during the day, do sewa at the gurdwara. He also prayed there and managed to gain the trust of people,” said Sukhjeet Singh, who claimed to be an eyewitness.

He claimed that Lakhbir went to the gurdwara around 3.30 am. It was when he was walking away that dozens of people gathered on the narrow stretch and caught hold of him. “There was a lot of commotion and when the crowd thinned out, we could see his body with brutal injuries. It all happened very fast,” said Karam Singh, a protester from Rajpura.

Through the day, discussions ranged from the brutality of the incident to whether there was a “conspiracy to create disharmony”. But many acknowledged that the incident could snowball and prove to be a setback for the movement, particularly at Singhu, where protesters have stayed put since November last year. 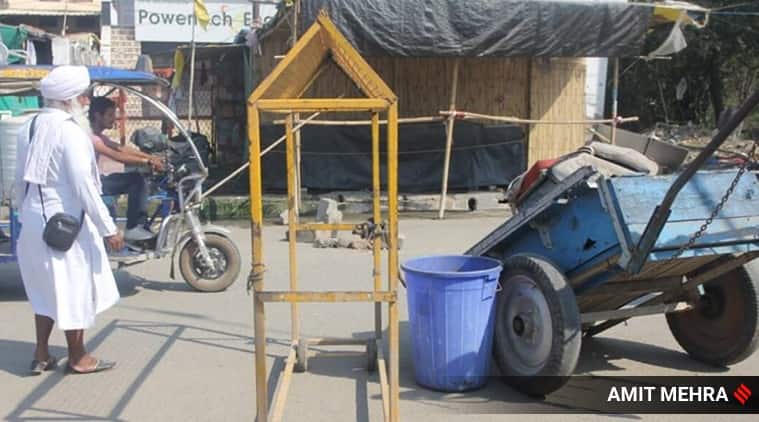 The Nihang Sikhs initially refused to hand over the body to the police and insisted on cremating him. After parleys and conversations with a Nihang leader from Fatehgarh district that lasted close to an hour, protesters allowed police to take the body.

The Nihangs had arrived weeks after the farmers first began protesting at Singhu in November last year. They claim to be the first line of “defense” among protesters, and have placed their horses, tents and a gurdwara right next to security establishments on the Delhi border.

On SKM’s statements distancing themselves from Nihang Sikhs and the incident, a Nihang leader said, “They can say what they want. We are not governed by anyone.”