‘Prosecution needs to be reminded right to protest is a constitutionally recognised right’: Riots case accused Khalid Saifi to court

Saifi's bail application stated that the prosecution was relying on some of his speeches and interviews. His lawyer Rebecca John submitted that allegations regarding funding of communal violence in Delhi are without any basis. 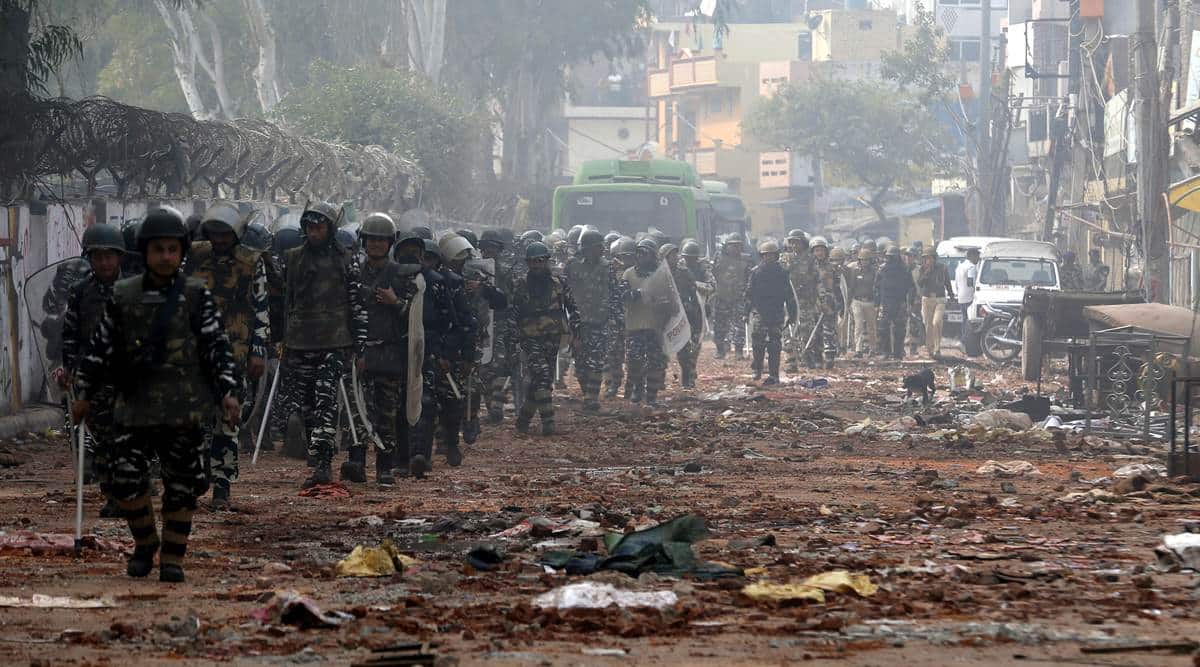 53 people were killed in the riots that broke out in Northeast Delhi last February. (Express Archives)

United Against Hate founder Khalid Saifi, who is accused in an Unlawful Activities Prevention Act (UAPA) case in connection with the Northeast Delhi riots, told a Delhi court that the “prosecution needs to be reminded that the right to protest is a constitutionally recognised right”.

John told the court that the “present case is nothing but a direct attack on the fundamental right of the Applicant to free speech”, and that he “has been falsely implicated by the police in the present case, in order to cover up and deflect attention”.

“The prosecution needs to be reminded that the right to protest is a constitutionally recognised right and any steps taken in this regard will not attract the rigours of penal law if the same are legitimate and peaceful and within the remit of law,” John told the court.

“The said speeches and interview would only prove that the Applicant herein firmly believes in the democratic rights guaranteed by the Constitution of India. It is submitted that the present case is an abuse of process of law and blatant attempt to stifle dissent,” the application stated.

John submitted that allegations regarding funding of communal violence in Delhi are without any basis.

herein financed in any manner any act of violence during the riot or even otherwise,” Saifi’s bail application read.

The prosecution has used bank statements of the applicant and his NGO to allege that the applicant had received funds for terror-related activities. On this allegation, it was submitted that “neither the source nor the utilisation of the funds received by the Applicant in his bank account show any illegality whatsoever”.

Saifi’s lawyers submitted that the “entire case of the prosecution is based on vague, contradictory, and unsubstantiated allegations without any evidence to link the Applicant with any conspiracy to cause communal riots as alleged by the prosecution”.

They argued that the “entire case of the prosecution is based on conjectures and surmises which do not even constitute prima facie offences under the IPC or the UAPA”.

“Allegations in the present case are nothing, but an amalgamation of charges/allegations contained in the aforementioned two separate FIRs. It is submitted that the invocation of the UAPA against the Applicant in the present case by the prosecution is done for the sole reason to keep the Applicant in indefinite custody and deny him the right to bail,” the application stated.