How Haryana is winning the fight against stubble burning

According to data from government officials, till November 3, Haryana has recorded 2,377 incidents of stubble burning this year, lower than 3,438 recorded till November 3 in 2021 – a 30% drop. 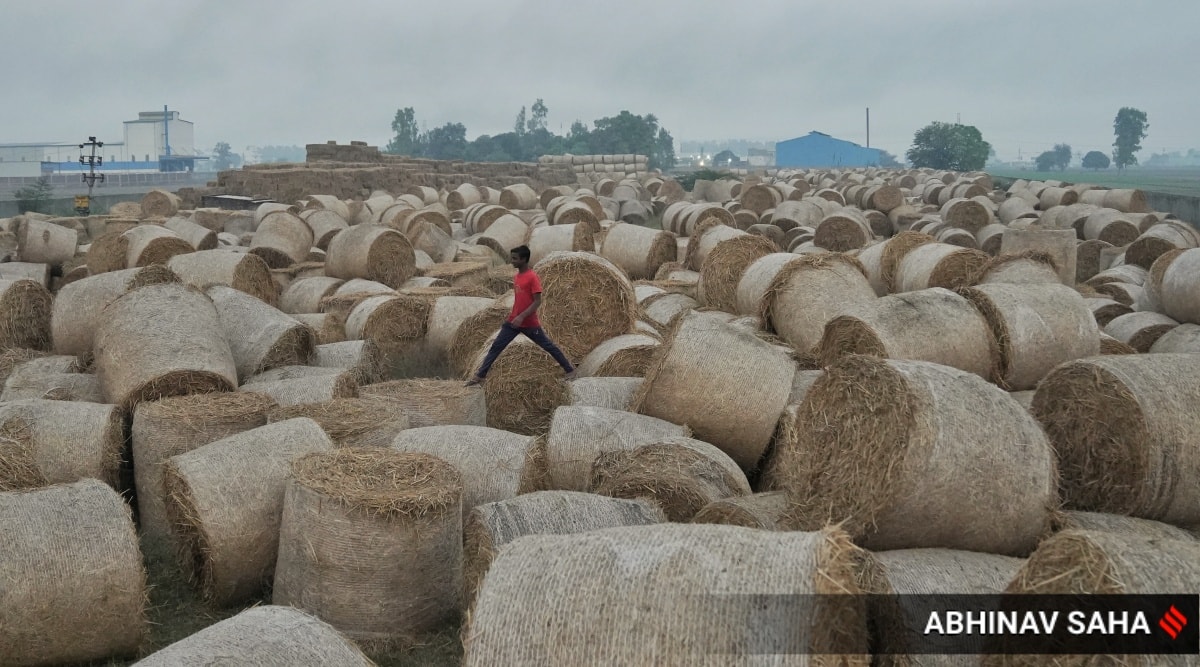 “Kisan parali sirf majboori mein jalaata hai. Yahan jiske paas saadhan nahi hai sirf wahi jala raha hai (a farmer burns stubble only out of helplessness as a last resort. Here, only farmers who do not have access to machines are burning paddy,” said Om Prakash (55) in Karnal’s Ramba village as he sat atop a tractor, preparing his 30-acre land for sowing wheat for the rabi season.

According to data from government officials, till November 3, Haryana has recorded 2,377 incidents of stubble burning this year, lower than 3,438 recorded till November 3 in 2021 – a 30% drop.

Also Read |The plunge in AQI: Punjab and Delhi governments must urgently learn from other states and experts to curb stubble burning

The decline has been consistent. In the past six years, Haryana has succeeded in reducing stubble burning incidents by over 55%. The number of such incidents reduced from 15,686 in 2016 to 6,987 in 2021.

Farmers in Karnal said reduction in stubble burning incidents this year in the district was largely due to private contractors providing balers — a machine used to compress crop residue into compact bales — to farmers free of cost and selling bales of crop residue to be used at cardboard factories, biomass plants, boilers and ethanol plants at a small mark-up.

“It is a win-win for farmers and contractors (zamindars). The baler costs over Rs 15 lakh and requires three machines tied to a tractor to process paddy into compact bales. With additional input costs of diesel and employing labour, it’s quite expensive for a farmer to purchase it, despite the subsidy given by the government for these implements. So, baler owners are using a farmer’s land to clear paddy and taking bales from crop residue to sell them for around Rs 170 a quintal. The cost is borne by baler owners; a baler can clear a 20-acre area fairly quickly. As compared to last year, more machines are available for use and there is more awareness among farmers regarding pollution. So, farm fires have considerably reduced,” said Kuldeep Waraich, lumberdar, Ramba village.

He said that in some cases, farmers were paying these contractors a fraction from the subsidy given to them by the government for not burning stubble.

Incidents of stubble burning in Haryana

Officials of Haryana agriculture and farmers welfare department attributed the decline in stubble burning across districts in Haryana to several incentives, including cash rewards and subsidies, given to the farmers for not burning stubble and in-situ and ex-situ crop management. Government officials said several farmers were also using super seeders and happy seeder machines, which help in sowing wheat straight into paddy leftovers.

As one enters Karnal, heaps of stubble bales from paddy residue lay stacked on farms and plots. A few metres ahead, a farmer had set fire to his paddy field. “Three years ago, everyone here would burn stubble to clear their farms. There was no other alternative,” said Raju, a farmer who owns over 30 acres at Darar Dera village.

“Now, there is more awareness. Stubble burning is penalised and crop residue management machines are being made available. Agar suvidha milegi, toh kyun koi aag lagaega. Some fires that are being reported are to clear the residue from balers,” he added.

Officials said stubble burning cases in Haryana had risen at the time of farm agitation. In Karnal too, between September 15 and November 3, farm fires spiked from 535 to 763 that year. Waraich said, “That was at the height of farmer agitation and many farmers burnt paddy in protest.”

For small farmers, however, burning paddy is still the most cost-effective option. Ismail Singh from Sangoha village, who has rented a 3-acre plot, said, “Large contractors provide services to larger farms due to economies of scale in bales processing. For a small farmer like me, burning paddy remains the only option.”

Dr Hardeep Singh, Director General, Agriculture and Farmers Welfare Department, said, “Over 72,770 crop residue management machines were given to farmers till last year and 7,146 machines will be provided this year. The government is also providing operational charges for machinery. In villages located in red zones (where 6 or more stubble burning cases are reported), cash rewards are being given to the panchayat as an incentive if they bring the cases to zero. Several lakh tonnes of paddy husks are being used in biomass power projects in the state and more such plants will be commissioned. Over 2.5 lakh kits of PUSA decomposer capsules are being provided for 2.5 lakh acre area for being sprayed to destroy stubble.”

(With inputs from Sukhbir Siwach)