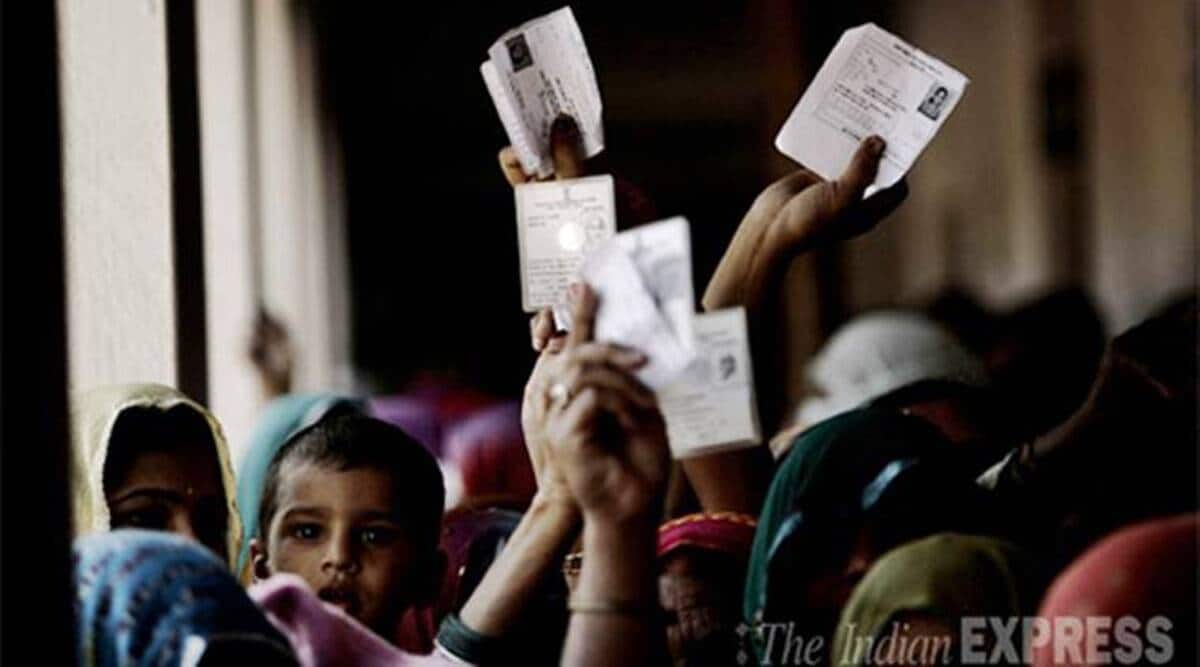 The Congress MP said more than 350 independents have won the zila parishad election in Haryana, while the BJP bagged just 22 seats, AAP 14 and the INLD 13. (Representational image)

A day after the results of Haryana panchayat polls were declared, Congress claimed that 87 per cent of the electorate voted for independents and “candidates who followed Congress ideology” even as the BJP said that most of the winning members of zila parishads belong to the saffron party.

“Apart from them, 126 independents have offered support to the BJP. In total, 300 winning zila parishad members belong to the BJP,” Sharma said.

Congress MP Deepender Hooda, however, claimed that the BJP-JJP coalition does not have the moral right to remain in power in the state as the people have rejected it. He claimed that 87 per cent people voted for independents and candidates following the ideology of the Congress, while the BJP got only five per cent votes, the INLD and the AAP three per cent each and the BSP two per cent.

“The BJP-JJP, which won 22 zila parishad seats out of 411, has no moral right to remain in power even for a single day. Like the Adampur (assembly) byelection, the INLD and the Aam Aadmi Party were wiped out in the panchayat elections as well. It is clear from the results that INLD and AAP have no future in Haryana politics,” Deepender said.

The Congress MP said more than 350 independents have won the zila parishad election in Haryana, while the BJP bagged just 22 seats, AAP 14 and the INLD 13.

“In this election the BJP got 4,35,782 votes, taking its vote percentage to 5.1 per cent while JJP got total 1,498 votes, which is less than 1 per cent,” he said, adding that the BJP could not even find a candidate to contest elections on its symbol on every seat in the entire state.

“After trying hard, the BJP could get candidates only for 102 seats, AAP for 114 and most of them lost,” he claimed.

Deepender said there is such a strong sentiment among people against BJP-JJP leaders.

The public not only defeated the wife of Kurukshetra MP Naib Saini, but also did not allow her to enter the main fight and pushed her to the fourth place. Similarly, the daughter-in-law of JJP MLA Ramkaran Kala from Shahabad
also had to face defeat.

He said the JJP state president’s son could not win from his own village Mamupur and the aunt of a minister the sarpanch election in her village. “It is clear from the results that the BJP-JJP government has lost the trust of the public,” Deeoender stated.

“People of the state do not consider INLD and Aam Aadmi Party as important forces in the politics of Haryana. The BJP-JJP got completely wiped out of several districts. Independent candidates won all the seats in districts like Rohtak, Sonipat, Rewari, Mahendragarh, Hisar, Fatehabad. Similarly, in Karnal, Jind, Jhajjar, Panipat, Dadri, Kurukshetra, Yamuna Nagar, Ambala and others, most of the seats were won by independent candidates,” Deepender noted.

The BJP suffered a setback in the Haryana Zila Parishad polls winning only 22 of the 100 seats it contested, while the AAP was at the second spot by bagging 15. The polls, the results of which were declared on Sunday, also saw the
INLD making some gains.

According to political experts, the poll outcome has come as a wake-up call for the ruling BJP ahead of the 2024 state assembly polls.

The BJP’s drubbing in the zila parishad polls came days after its victory in the Adampur bypoll in Hisar. BJP’s Bhavya Bishnoi, the grandson of former Haryana Chief Minister Bhajan Lal, had won the assembly bypoll by a margin of more than 15,000 votes earlier this month.

Abbott, Americares India Foundation in action: ’75 PHCs in nine states to be upgraded by early 2024′