“I will look into it and post before appropriate bench immediately,” Chief Justice of India N V Ramana, before whom the matter was mentioned, said. 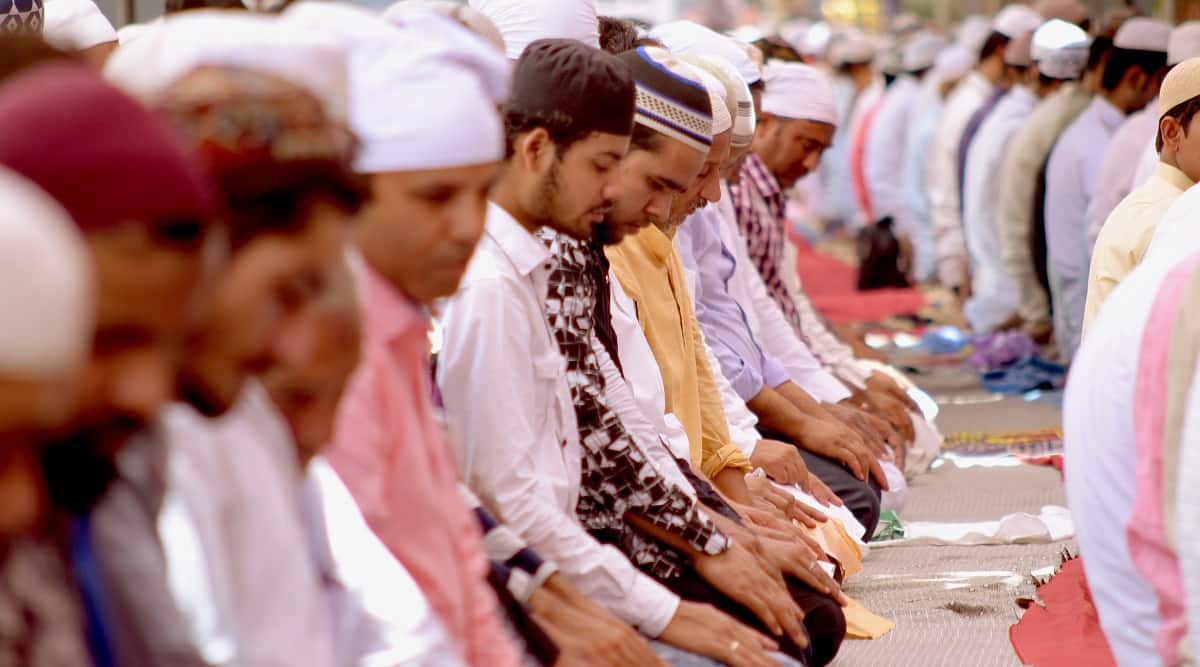 The Supreme Court on Monday agreed to take up an urgent petition filed by a former Rajya Sabha lawmaker seeking contempt action against Haryana Chief Secretary and Director General of Police for allegedly failing to stop “fringe elements” protesting against Muslims performing Friday prayers in groups in “various locations…pre-approved by the local authorities” in Gurugram.

“I will look into it and post before appropriate bench immediately,” Chief Justice of India N V Ramana, before whom the matter was mentioned, said.

Appearing for the petitioner, former Rajya Sabha MP Mohammad Adeeb, senior advocate Indira Jaisingh said the plea is not based only on newspaper reports. “We have ourselves filed complaints. We are not asking for any enforcement of FIR. This court has laid down preventive measures,” Jaisingh said.

The petition said that Friday prayer or Jumaah Namaz where Muslims offer congregational prayers “is considered an essential practice in Islam” and that “due to the footfall during the daytime in Gurugram, Friday prayers have been offered by Muslim community at various locations that are pre-approved by the local authorities for the said purpose”.

It added that this “measure is necessitated due to lack of administrative foresight in town-planning and non-availability of spaces for Namaz”.

While stating that “the open locations used for the limited purpose of performing Namaz is not in any manner of encroachment but rather is conducted only after approval from the relevant…authorities…”, it said adding that “as many as 37 such places had been designated for this purpose by the Police and district authorities themselves”.

However, in the last few months, “there has been a constant rise in incidents revolving around the said Friday prayers at the behest of some identifiable hooligans, with no local support, who portray themselves falsely in the name of religion and seek to create an atmosphere of hatred and one community across the city”, the plea contended.

Pointing out that several complaints were lodged with the authorities, the plea filed through advocate Fuzail Ahmad Ayyubi said “despite the…complaints there remained severe inaction at the hands of the contemners and the incidents grew both in intensity and number every Friday at Gurugram”.

The refusal to take action amounted against what is being “perpetrated by a minuscule group of fringe elements” amounts to contempt of the court’s 2018 order in Tehseen S Poonawala Vs Union of India and Others in which the apex court had laid down preventive measures to avoid communal incidents spiralling into lynching etc. In the case, the court “expected the law enforcement agencies to identify the communally divisive tendencies…and to nip them in the bud”, the plea said urging the court to initiate contempt proceedings against the officials.