At 110, Ghandharv Singh is one of the oldest protesters and stood by the thick and thin of the movement. The farmer says of all the protests he has taken part in, this farmer agitation was the biggest of his lifetime. 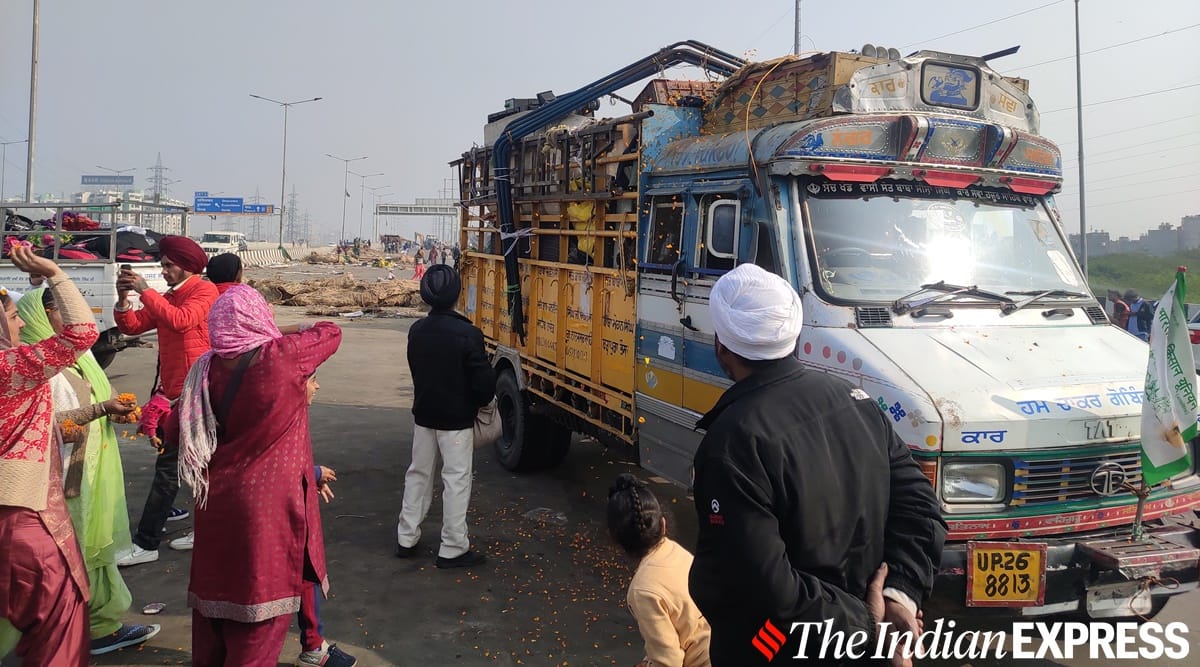 Hakam Singh, 41, has ensconced himself to the only standing tent fronted by a Delhi Gurudwara Committee langar at the Ghazipur farm protest site. “I can’t bear to look at these huts being pulled down. I wish I had left on December 11 to avoid this emotional setback,” the Lakhimpur Kheri farmer chokes.

Wednesday, the last batches of protesters are leaving for their respective states after participating in the longest farmer sit-in of Independent India. They want to resume their day-to-day life.

The decision to suspend the farm protest at Singhu, Tikri and Ghazipur borders was taken by the Samyukta Kisan Morcha, an umbrella organisation of 40 farmer unions, after Parliament repealed the three controversial farm laws, following Prime Minister Narendra Modi’s announcement on November 19. Protesters have been heading home since December 11. “I have witnessed the first tent being erected here. To see the last one being pulled down is too much,” he says, unhurriedly packing his duffle bag. He will leave the site on Thursday after a year — with a bagful of “once-in-a-lifetime” memories.

“I don’t think I will be able to hold a cup of tea and eat food without thinking about the friends I have made here. Over a period of time, I have come to know almost everyone. We took care of each other and stood by the movement in good and bad times,” says Singh, who is a member of the Ghazipur Morcha Committee and in-charge of distributing essentials to protesters.

Outside, the landscape throws an image of torn-down huts, teary farewells, locals salvaging bamboo and straw fences, a group dancing to patriotic songs and trucks loaded with mattresses, charpoys, hukkas and other household items. 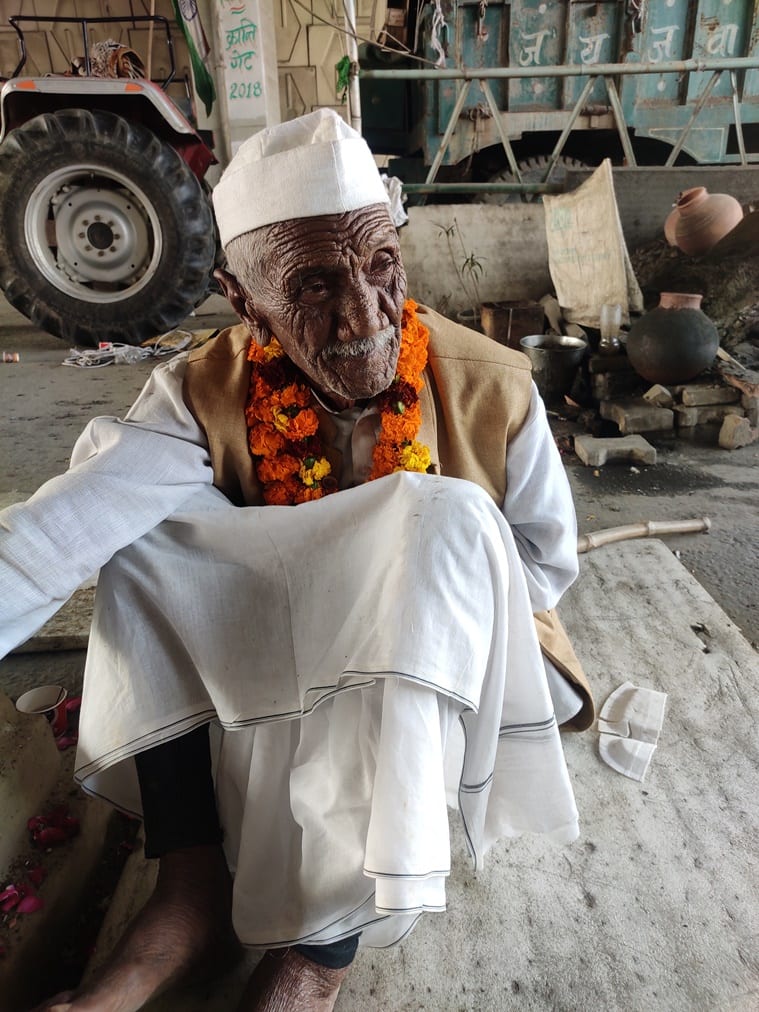 At 110, Ghandharv Singh is one of the oldest protesters.

As Singh soaks in his last few hours at the protest site, he says the subsequent events after the January 26 violence were the most memorable moments of his life. “Chaudhary Tikaitji’s (BKU leader Rakesh Tikait) emotional appeal to all farmers galvanised the movement. When I saw hundreds of tractors and trucks reaching here from Uttarakhand, Punjab and UP, I was elated. You can’t describe the feeling in words. Of course, we were also happy when the repeal announcement came.”

He jokingly credits BJP’s Loni MLA Nand Kishore Gurjar for strengthening the movement. “If he had not created violence, the movement could not have been this big. Some farmers from Haryana joked that we should have a landmark here in Gurjar’s name,” Singh, who owns a joint agriculture land with his three brothers, laughs.

At 110, Ghandharv Singh is one of the oldest protesters and stood by the thick and thin of the movement. The farmer says of all the protests he has taken part in, this farmer agitation was the biggest of his lifetime. “Whatever little time I have has been used for a good purpose. So much brotherhood…If need be, I can return,” the Etawah farmer says, adding, he has participated in protests led by Chaudhary Charan Singh and Mahendra Tikait against the previous governments.

Another farmer protester from Uttarkhand’s Bazpur, Manjeet Singh Manga (24), shows the one-year notifications on Facebook on his mobile phone. The notification has an image of tractors leaving Uttarakhand for the Ghazipur site. “Now, I have to live by these images,” laments Manga.

When asked what part of the movement he will cherish most, he is quick to reply. “We stood up against goons after January 26. We showed that we were no push-overs. I called my friends back home and around 200 of them joined here,” he says.

With the protest from the beginning, Nirmal Singh from UP’s Rampur is bidding an emotional farewell to his friends with a stay-in-touch message: “Bhul mat jana.” He is also leaving today with a mini-tuck ready to take him onboard. “The agitation has not ended, just suspended. If the MSP law is not brought in, we may return with more people,” says Singh.

Although the protest has been suspended, concertina wire and faded yellow barricades still stand tall, blocking the movement of the now invisible protesters.