According to Ganga Ram hospital doctors, ADPKD is predominantly an inherited genetic disease and is found in one among 1,000 individuals. 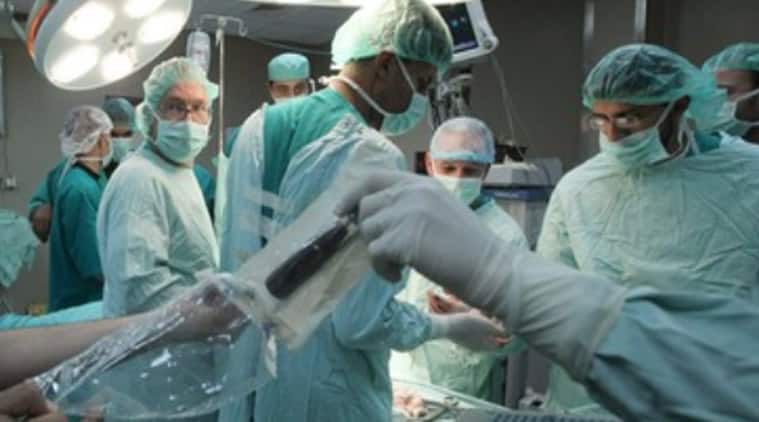 According to Ganga Ram hospital doctors, ADPKD is predominantly an inherited genetic disease and is found in one among 1,000 individuals.

Surgeons at Sir Ganga Ram Hospital operated on a 38-year-old man and removed what they claimed is the largest kidney in the world.

According to Ganga Ram hospital doctors, ADPKD is predominantly an inherited genetic disease and is found in one among 1,000 individuals. The development of multiple kidney cysts results in the progressive enlargement of the kidney and this leads to chronic kidney disease in 50 per cent of the patients.

The man was diagnosed with ADPKD in 2014 and was undergoing dialysis on a regular basis. He was admitted to Sir Ganga Ram hospital in March following complaints of chronic renal failure, severe pain in the abdomen, blood in urine and high-grade fever.

Dr Manu Gupta, consultant urological surgeon at Sir Ganga Ram hospital, said the three-hour procedure was quite challenging as a normal kidney weighs only about 130 grams.

“This is a common genetic disease. The biggest challenge during the operation was that the kidneys had got stuck to the intestines,” Dr Gupta said.

He said the man’s second kidney was also removed a week later as it weighed 2.5 kg. The two kidneys had contributed 5 kg to the man’s body weight.

Dr Vinant Bhargav, consultant nephrologist at Sir Ganga Ram hospital, said the condition of the patient is stable and he is scheduled for a transplant soon.

“His survival will depend on how well his body accepts the new kidney,” he said.

The Guinness Book of World Records has reported a kidney weighing 2.15 kg as the world’s largest till date. This was removed from a patient in Dhule, Maharashtra in 2011.

The reporter is an intern.