The police said Khan and his supporters cornered and pushed a sub inspector in Southeast Delhi's Jamia Nagar on Friday. 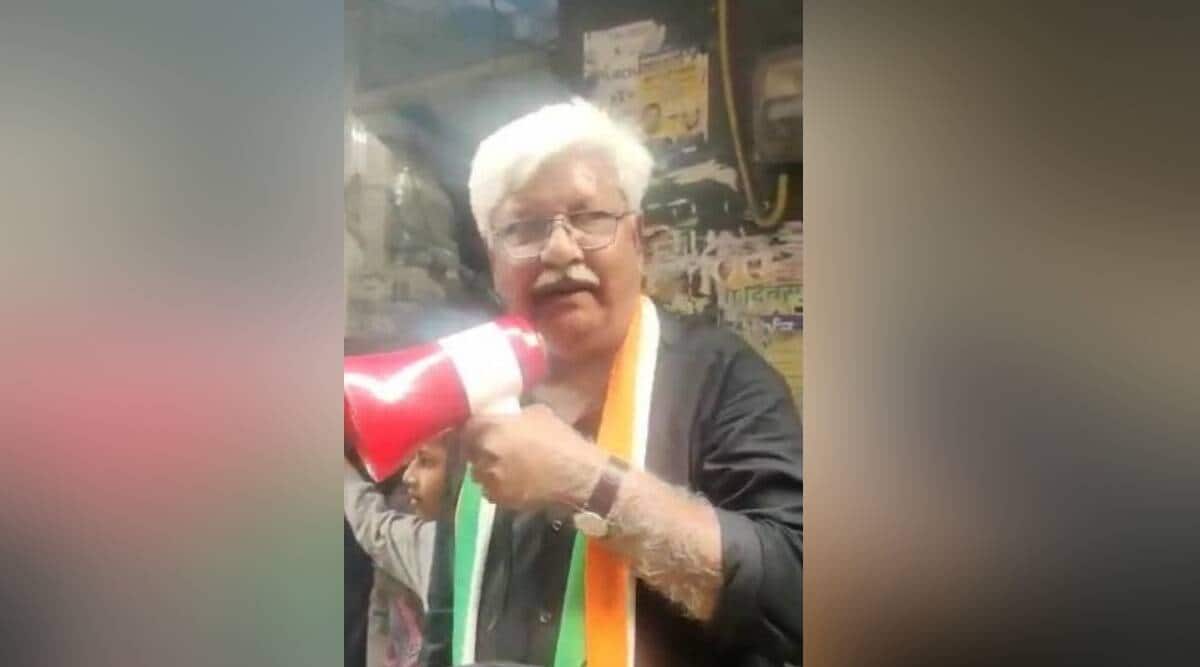 The police said Khan and his supporters were using a loud hailer and blocking the road in front of the masjid. (Source: ANI)

The police said Khan and his supporters cornered and pushed a sub inspector, Akshay, on Friday and he is the “main accused” in the incident.

Esha Pandey, DCP (Southeast), had earlier said, “During patrolling in the area, our constable noticed a gathering of 20-30 people in front of Tayyab Masjid and went there with staff. Khan, who is the father of MCD election candidate Ariba Khan, was addressing the crowd using a loud hailer. Sub-inspector Akshay had asked him whether he had permission from the Election Commission for using the hailer. Khan got aggressive and started misbehaving with him. He also used abusive language, criminal force and manhandled SI Akshay.”

A day after the case was registered, the police said they arrested Khan and detained two men — Saabir (38) and Minhaaz (28)– and booked them under Indian Penal Code (IPC) sections 186 (obstructing public servant in their duty) and 353 (assault or criminal force against public servant).

“Their (Saabir and Minhaaz) role in the above FIR is being examined. We are also conducting raids to arrest the other accused in the crowd who allegedly assaulted and misbehaved with the police staff,” said a senior police officer.

The police said Khan and his supporters were using a loud hailer and blocking the road in front of the masjid.  “The officer had only told Khan that this was not allowed. Khan pushed him…his men hurled abuses. Another officer came to intervene but he was also manhandled. Khan was shouting, ‘I will fix policemen like you…leave now’. The officers were removed from the spot and the accused were cheering. We took action as per SI Akshay’s complaint and videos taken by locals,” said an officer.

How CBSE Class 12th toppers prepared for the board exams