For one officer, a six-day operation to crack 2008 Delhi serial blasts case

The first high profile Alok Kumar handled was the murder of Naina Sahni, which came to be known as the tandoor murder case. 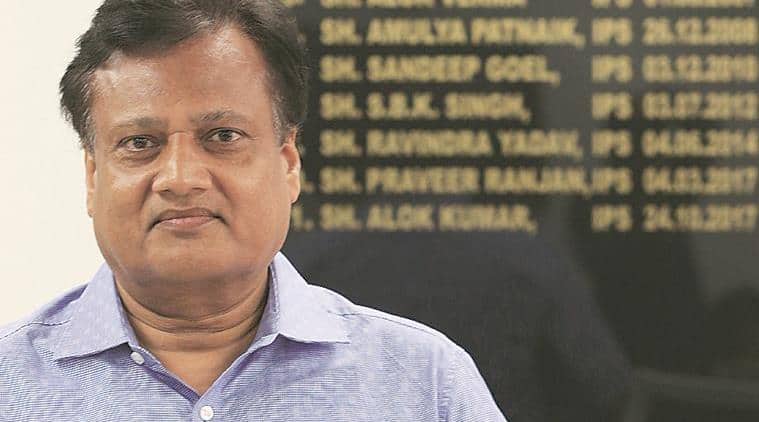 He was returning with his wife from Vaishno Devi when he got a call from his seniors, informing him of five serial blasts in Delhi markets on September 13, 2008. Alok Kumar, the then DCP (special cell), was asked to rush to the capital. Within six days, he and his team had cracked the case. But it wasn’t without an immense professional loss for Kumar, who retired last month as JCP (crime branch).

A day after the blast, he immediately went to his office at Lodhi Colony.

Kumar, who was heading a specialised terror unit of Delhi Police, said, “We were working on the Indian Mujahideen module after they claimed responsibility for the earlier blasts… Within 72 hours we traced some suspects to Zakir Nagar in Batla House,” he said.

Kumar said that after a wait of three days, they decided to conduct a raid in Batla House on September 19, 2008. “The decision was taken at around 1 am — 10 hours before the encounter,” he said.

During the encounter, an inspector was shot dead and another policeman was shot. “It was the biggest loss, not only for my unit, but also for Delhi Police as slain inspector Mohan Chand Sharma was a key asset. Life changed for me when a complaint was filed by terrorist Atif’s family, alleging that I had killed Sharma. After the incident, an enquiry was on and my team and I were not not able to focus on work. But my department and my family supported me.”

Just before retirement, Kumar, who finished 33 years in the force, handled the Burari mass suicide.

Speaking about how trends in crime have changed in the city, Kumar said that nowadays, even educated people have started committing crimes like duping people. “Earlier, we would see cheating by making forged documents but now the accused adopt the latest technology,” he added.

Kumar also recalled a particularly tough time for the capital: “In the 1990s, the whole city was terrorised by the ‘Pardi and Bawariya gang’, which committed several robberies and murders. We had to start special night patrolling to prevent untoward incidents.”

The first high profile he handled was the murder of Naina Sahni, which came to be known as the tandoor murder case. At the time, he was posted as the ACP of Connaught Place. He was also part of a team that cracked the kidnapping case of Tarun Puri, the 10-year-old son of a Delhi-based businessman who was abducted at gunpoint from outside his home at Golf Links in 1997.

Kumar said the aftermath of the Batla House encounter took such a toll that the Special Cell took two-three years to resume functioning at an optimum level. “Things always changed after every major incident. Initially they were not able to revive, but over a period of time, they have again started working and showing