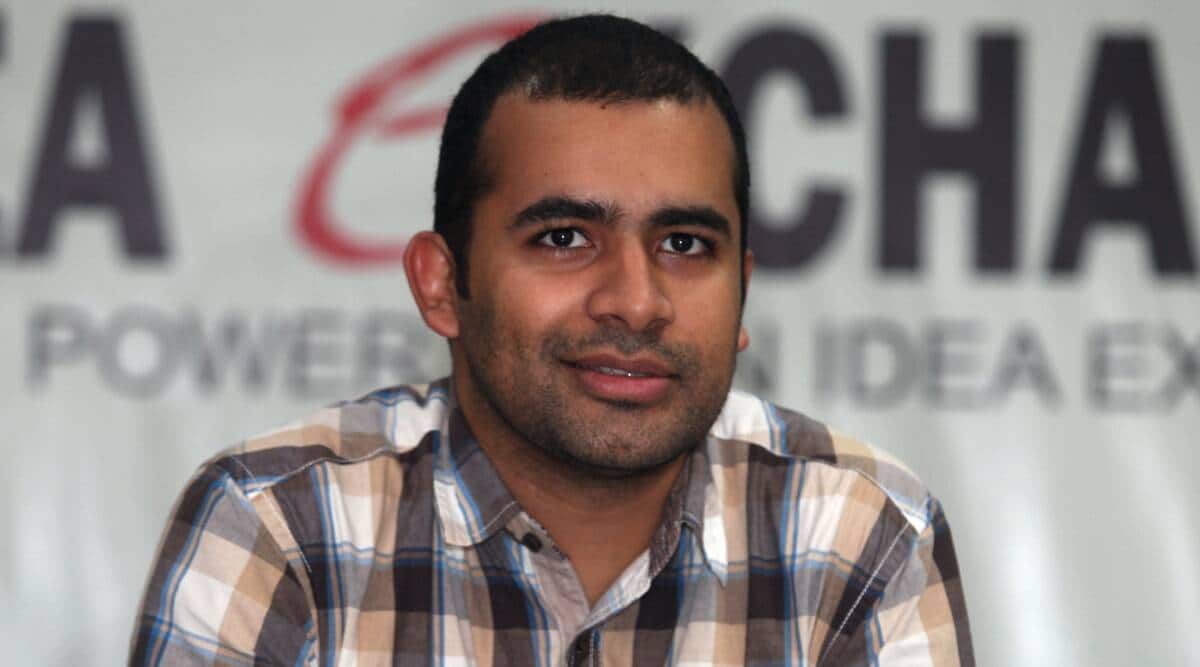 Probing alleged money laundering in a case related to the Delhi government’s liquor policy, the Enforcement Directorate told a special court in Delhi Wednesday that kickbacks of at least Rs 100 crore had been received by AAP communication in-charge Vijay Nair “on the behalf of AAP leaders”.

In August this year, BJP leaders Parvesh Varma and Manjinder Singh Sirsa had alleged that K Kavitha, daughter of Telangana Chief Minister K Chandrashekar Rao and a Member of the Legislative Council, had a role in facilitating the Delhi liquor policy. Kavitha rejected the charge and said she would file a defamation case. Kavitha was not available for comment Wednesday after the ED named the South group and the persons controlling it in papers filed in the special court.

The ED told the court its investigation showed that the Delhi Excise Policy (2021-22) was a “device” created by AAP leaders, including some in the Delhi government, to generate illegal funds at the cost of the state exchequer.

The ED case, registered in September, is based on a CBI FIR filed in August.

Advocate Samudra Sarangi, who represents Nair in the trial court, declined comment on the ED’s claims.

In a remand application following the arrest of Amit Arora, Director of Buddy Retail Pvt Ltd, Gurgaon, the ED told the court that the Delhi excise policy was formulated with “deliberate loopholes”, “inbuilt mechanism to facilitate illegal activities”.

Advertisement
Read |No evidence except statements to show transfer of money: Court

“This policy… in reality… promoted cartel formations through the back door, awarded exorbitant wholesale (12%) and huge retail (185%) profit margins and incentivized other illegal activities,” the ED said.

The Investigation Officer, Assistant Director Jogender, said the 12% profit margin to wholesalers was devised to extract half of it as a kickback to AAP leaders.

“As per the probe carried so far, Vijay Nair, on the behalf of AAP leaders, has at least received kickbacks to the tune of Rs 100 crore from a group, called South group, controlled by Sarath Reddy, K Kavitha, Magunta Srinivasulu Reddy, by various persons, including Amit Arora. The same has been disclosed by the arrested Arora in his statement,” the IO informed the court.

According to the IO, Nair, in collusion with Dinesh Arora and Amit Arora, arm-twisted a few wholesalers to surrender their L-1 licences and then coerced manufactures to choose the wholesalers of his choice and to direct the profit margins to persons of choice.

“On account of the conspiracy, the government lost revenue of 12% — Rs 581 crore that would have accrued to in case the expert committee recommendations were accepted by the government, which in the subject policy was assigned to the private players only to fill the personal coffers of the AAP leaders. This loss to the government exchequer actually got illegally diverted into ostentatious profits to the wholesalers, which was used to recoup the kickbacks paid in advance by the ‘South group’,” the IO said.

Earlier this month, while granting bail to Nair and Hyderabad-based businessman Abhishek Boinpally, a Delhi court observed there was no evidence, except oral, to show the transfer of huge amounts of money as alleged by the CBI.

It said the “oral evidence will have to be tested during the course of trial and it will be a matter of time only if it is able to be transformed into an acceptable piece of evidence or not, which can be acted upon by this court”.

Arun Singhal: ‘India will keep importing fertilizers from Russia as long as possible’