DU had earlier said it would start registrations tentatively on July 15, which were later postponed to the end of July. However, Gupta told The Indian Express that even as the university wanted to start registration by July end, other considerations were making it difficult. 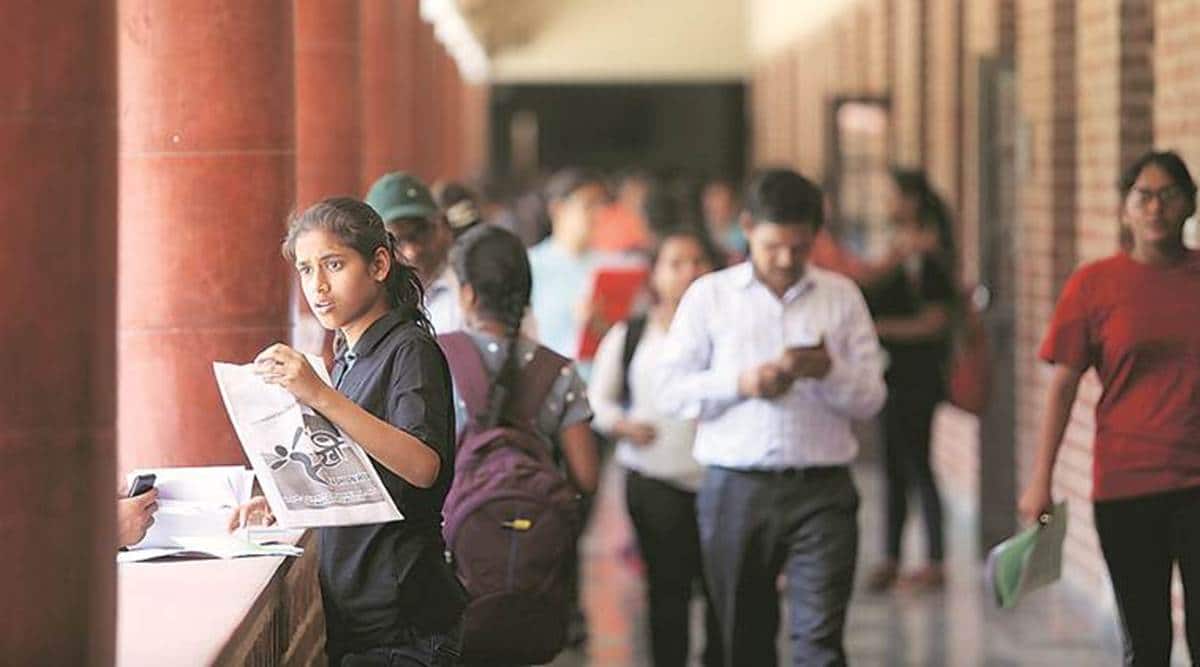 The Union Education Ministry had constituted a committee to look into modalities for the CUCET for admissions to all undergraduate courses at central universities as suggested under the National Education Policy (NEP) 2020. (Representational image)

The Admission Committee of Delhi University (DU) will meet this week to decide finally on the registration for its undergraduate admissions Chairperson, Admissions Rajeev Gupta said.

DU had earlier said it would start registrations tentatively on July 15, which were later postponed to the end of July. However, Gupta told The Indian Express that even as the university wanted to start registration by July end, other considerations were making it difficult.

“We are trying to start registrations from the last week of July, but unless we get dates from the NTA (National Testing Agency) it will be slightly difficult. Yesterday the NTA has announced the NEET dates, so hopefully, we will soon get to know the dates for DUET (DU Entrance Test) too,” said Gupta.

NTA conducts tests for some UG and PG courses in DU, for which admission is done through entrance exams.

Gupta said the DU’s Admission Committee will meet this week which will give “clarity” over the start of registration. “Our meeting is scheduled for July 15, but we might have to postpone,” he said.

DU had earlier declared tentative dates for registration with the assumption that other school boards would have declared their results by then.

“We are tentatively thinking of starting the registration process by July 15. We are hoping that by that time most of the other school boards, apart from the CBSE, would have decided how to evaluate students and declared their results,” Gupta had earlier said.

DU is still waiting for guidelines from the Ministry of Education about CUCET (Central Universities Common Entrance Test) too.

After the Union government decided to cancel the class 12 CBSE board examinations, DU had said it would follow the “merit” criteria devised by the Board for its undergraduate admissions.

The theory component of the Class 12 results will be calculated by using the ratio of 40:30:30 for students’ performance in Classes 12, 11 and 10 respectively. Whereas in the case of practicals, students will be assessed based on the actual marks submitted by the school to CBSE. Class 12 results are expected to be announced on July 31.

Last year, DU’s admission process was done completely online due to the first wave of the Covid pandemic.